Once when I was young and had a loose tooth, I asked my father, a dentist, to look at it.

“It needs to be pulled,” he told me. I frowned, dreading the experience. My dad sent me for some tissues and I envisioned them soaking up liters of blood from my mouth. I closed my eyes and braced myself. I was still waiting for him to pull when I heard my father say, “I’m done.” I opened my eyes and saw my tooth in his tissue-covered hand. I hadn’t felt anything, and there was just a bit of blood on the tissues. I thought my father was a magician.

The next day at school I bragged to a friend about my father’s remarkable feat. When I explained that the process hadn’t hurt, my friend called me a liar. He said that when his tooth was pulled, it had hurt a lot. I talked to my father about this and there was not a single mystery left after my father’s explanation: my tooth had been ready to be extracted, while my friend’s had not.

“I’m going to be a dentist,” I declared. I wanted to follow in the professional footsteps of my father, my uncle and grandmother. My father supported my ambition, honoring my interest in his profession even when I was young.

I didn’t need to visit my father’s office as a child because I had few cavities. As I entered elementary school and began eating more candy, however, I visited more often. I didn’t mind, though. I was the only kid I knew who was excited about going to the dentist. After my father worked on my teeth, he let me hang around. I was amazed as he operated complicated machines and leaned over patients’ mouths with a tiny mirror strapped to his head. Once, when my dad was cleaning my mother’s teeth, he even let me suction the saliva from her mouth. That was the first time I saw the inside of a human mouth close-up; I stared, mesmerized, at the structure of my mom’s teeth, paying close attention and dreaming that one day I would see the same image as a dentist.

Years later, the dream of a child has not diminished but actually grown firmer. As time passed, I realized that hard work and effort are necessary to be a dentist, which made my ambition even stronger. I hope to study at your school as the first of many steps in preparation for my anticipated career as a dentist. 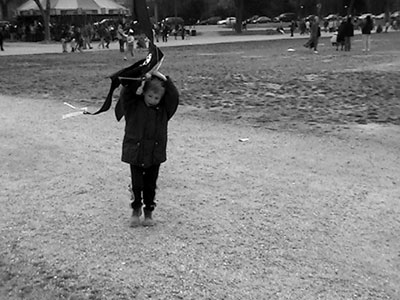 Ummm, tmi on the part with your mumsie....

I really hope you become an awesome dentist and be an idol your father had been to you! :)