The View from Down Under | Teen Ink

The View from Down Under MAG

Good things come in smallpackages. Trust me, I know. All towering four feet and eleven inches of me canattest to the truth of this well-known maxim. In my opinion, I am a 17-year-oldmature, responsible girl who is about to embark on the tumultuous journey oftenreferred to as college. While this is true, many people have a difficult timebelieving it. They perceive me as a cute little girl, perhaps about to embark onthe tumultuous journey often referred to as high school. Yes, that's right, highschool.

My world is full of remarks such as "Aren't you just thecutest little thing!" and an array of nicknames that employ clever spin-offsof the word "short." (It's surprising what people can come up with.)During head counts people often find it hilarious to count me as only half aperson, and almost daily I witness the disbelieving face of someone who haslearned my true age.

I would be lying if I said this never bothers me.Believe me, I've used my fair share of age-enhancing techniques: experimentingwith make-up, hair styles and a short girl's best friend: big shoes. Yes, theyget the job done temporarily, but when the make-up is washed off, the hair letdown and the shoes put away, what am I left with? Me. And is that really such abad thing? No! It's taken me most of my teenage life to recognize that short doesnot equal bad and that people aren't doing me any harm by thinking I look 12.These people can't help it - I do look young.

If I were given theopportunity to be tall, I would turn it down. It would change me. My shortnesshas given me character; it's a part of me. I've learned how to take jokes andreciprocate, but I also think twice before commenting on a person's appearancebecause I know it can hurt. I've been there.

After a period of doubt anddiscontentment, I've finally accepted the fact that I'll forever be tellingpeople, "Yes, I really am 17 (or 21, or 30). I've learned to deal with theharsh reality that I'll be getting the kids' menu at restaurants (one of the moreembarrassing hardships) even when I'm well into my twenties. Oh, and one morething: my pants will always be just a little bit too long. But that's okay withme. 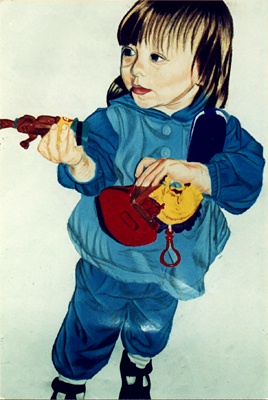