I wanna tell you a story about mistakes - about growing up, screwing up and endingup unhappy, and it'd have tons of preachy tear-jerker scenes, endless regret andsqualor, and the most bittersweet, contrived ending you've ever had thedisservice of hearing. It'd have drugs, and depression, and deceit by thetruckload, and every sentence would leave you angry, shocked or moved. The maincharacter could be a kid my age, my height, my weight, who would always make thewrong decisions, just keep right on digging himself in deeper until his worldcollapsed on him and he was down for the count. And walking away from the story,you wouldn't know whether to love him or hate him, but you couldn't help but beaffected, feel at least some small amount of empathy for the poor kid. And maybe,with a little bit of luck, it'd leave you a different person than it foundyou.

I wanna tell you a story about living on the edge - where the thrillsare cheap and self-destructive, and not one character has a single moral bone inhis body. A story where your sense of right and wrong is turned on its ear andyou can't tell the good guys from the bad, so you just pick your pony and watchit run until it's carted off to jail on page 87, or ODs in chapter 10, or blowsits brains out on the final page, and then you're left high, dry and deeplydisturbed.

The worst part is, everybody starts off innocent having noidea what they're getting themselves into. Just a young kid and a few of his bestbuds from Anytown, USA, who let things get way out of hand and end up makingreparations for the rest of their lives. And despite everything they do, everylaw they break, every choice you can't understand or agree with, your heart wouldgo out to them, because you can't bring yourself to condemn anyone after all issaid and done. It's really not their fault, and it could have happened toanybody.

I wanna tell you a story about the system - about everythingthat's wrong with society today. It'd point out every little problem we've gothere in the Western World, with all our poverty, and big government, and greedybusinesses, and an innocent young kid made victim of a world gone capitalisticand stupidly proud. Maybe it'd be about some real grass-roots type, a guy whojust wants to disappear somewhere over the horizon and never look back at theworld he left behind; a world where people lie, cheat and hurt one another justto get ahead. He'd toss away all his worldly possessions, piss all over everyopportunity he was ever handed, and forsake the people who loved him all hislife, sickened by all the phoniness, ready to live life simply and alone.

And in the end, you'd understand exactly why he did it, but couldn'tbring yourself to feel much sympathy for him, because all he finally did was giveup and run away, and that ain't the least bit heroic or righteous. But you'd feelsorry all the same, because everybody feels the way he does sometimes, andno-body's ever brave enough to take a stand.

But I don't have a storylike those to tell.

What I can tell you is the story of a young mantrying his hardest to get by without pissing anyone off too badly, a boy who'smade some mistakes and is sorry for having hurt the ones who love him. And thisboy may say he hates all the phoniness in the world, and complain abouteverything wrong with the people he deals with daily, but he's too weak andafraid to do anything about it. And no matter how bright and compassionate a kidhe seems at times, he always manages to do something unconscionable every timeyou start to like and trust him again - hanging out with the wrong people, makingall the wrong decisions, and never seeming to learn from his mistakes.

But at the end of the story, however it turns out, you'd still feel sorryfor him, and wanna see things turn around for him, 'cause you'd be left with theimpression that he's basically a good kid who never meant anyone harm and wouldsooner chop off his right arm than cause a moment of pain or trouble for anyone,but always manages to hurt the ones closest to him all the same.

And yourheart would go out to the kid, because you'd know you've been there, thateverybody's been there, and you're hoping and praying that he makes it through itall okay, because he's got a huge load on his shoulders - an unfair load - butit's the same load everybody's gotta carry. And you wish you could help out thepoor kid, shelter him from it all, make his decisions for him, but you know youcan't, and it pains you no end. But despite all the hardship and stupiddecisions, you still somehow get the feeling that he's gonna make it okay, andthat he's gonna eventually grow up and take charge, and that somewhere, yearsdown the road, he's finally gonna find happiness.

And maybe, just maybe,that kid will thank you for caring. 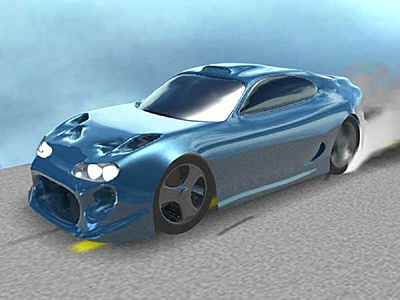 Favorite Quote:
\\\And then, something happened. I let go. Lost in oblivion. Dark and silent and complete. I found freedom. Losing all hope was freedom.\\\ Chuck Palahniuk

View profile
This piece is fantastic <3