A Piece of Me | Teen Ink

A Piece of Me MAG

Two years ago I lost a piece of my heart, a partof my life and a part of me. My father died. It was both a complete shock and expected.

He was adrug addict and an alcoholic, but I&#39d always been Daddy's little girl. He lived with his mother (my Memere)and I lived with mine. I went to Memere's house all the time to be with my dad; I was more attached to himthan anyone and we did everything together. On weekends he attended Alcoholics Anonymous meetings whenhe wasn't using. Since he didn't have his license anymore he had to ride his bike. I always went with him; bythe time I was ten I knew the Twelve Steps.

When he finally got his act together, I was almosteleven. He was engaged, had his license back and had a job. Now that he was clean and could supporthimself, he wanted to move in with his fiance who lived in Maryland. I was very jealous of my stepmom. Ihad been my father's main priority all these years, and now I felt like I was put on the back burner. But I didhave the option to live with my clean, sober father in Maryland.

And so I left Connecticut as afreshman, right before Christmas. I left behind everything except my clothes. It had been four years sincewe spent more than a weekend together. Now he had achieved all his goals; he had a wife, a house, a dog anda brand-new car. We were together again and it was even better than before.

Things in Marylandwent well for the first few months. I enrolled in school, made new friends and had a boyfriend. My dad wasworking two jobs and every weekend I went with him when he worked third shift. Just the two of us, justlike old times.

Then, on my fifteenth birthday, my worst nightmare came true. My father andstepmother got into a really bad argument and Dad took off. I waited on the couch for him for hours. Hewalked in the door with a cake and a ton of balloons and said happy birthday. I was relieved to see him butvery disappointed when I smelled alcohol all over him.

He put almost five years of sobriety downthe drain - and on my birthday. It went downhill from there. He drank heavily and began selling ourpossessions for crack. There was no helping him unless he wanted to help himself. I watched him slowly killhimself countless times by driving drunk. It was breaking my heart and making me ride an emotional rollercoaster.

My father had done a lot of wrong things, but my love hadn't changed. He had a problem.He lost control. But he's quite possibly the greatest person I've ever known.

I realized thatwatching my father do this to himself wasn't good for me. I had begun taking it out on myself, blamingmyself, trying to make everything better, and began to slack off in school. So I went back to Connecticutthe end of September. Dad died in mid-October in a car accident. 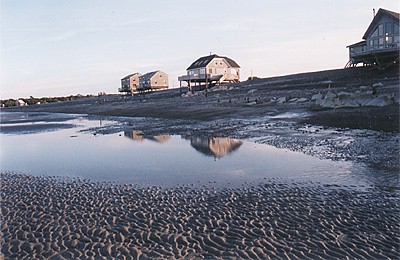