|When I was in sixth grade, I first saw those two mysterious vertical lines in math class. “It symbolizes absolute value,” my algebra teacher said flatly, as she continued to mutter whatever mathematical definition the textbook had. For most kids, it was another day, another concept. Yet, for me, that day stuck. Since then, I have envied anything that lies inside those two straight little lines.

How could anyone value a mathematical symbol, you may ask? Well, I quickly learned that whatever was inside the absolute value symbols automatically became positive. Whatever was inside was positive. They have it so easy, I thought. This was, of course, coming from a kid who had tantrums if something did not go her way. There was no room for negativity inside the boundaries of an absolute value symbol.

|Dad died| would therefore equal a better relationship with my mom. And, when my mom could not spend time with me because she had to work so many hours, that quickly became |mom is never home| equals me becoming a more independent worker. There are days where I do not see my mom for even a second. I could be sad; I could be frustrated. But the two straight lines told me differently. They said I could not be depressed.

There were no longer equations of 2x + 34 inside. No. Now, I myself replaced the functions. The lines squeezed me in tight, so that I could not even stand on my tippy toes to see what may lie beyond. I was positive, and that was all I could ever be.

Recently, my sister left for college. Last Tuesday night at 12:07 a.m., my mom was still at work. It had been silent for so long that I actually could hear the absence of sound. But the two absolute value lines reminded me that I was not abandoned and isolated. I had chosen my solitude; I needed the time for sleep. The next morning, I picked myself up, went to school, and got an A+ on my math test. |Loneliness| became necessary time to rest.

As I have grown older, I have realized that the connotation of words dictates my way of thinking. When I use positive words to describe myself or the things around me, I am ultimately a happier person. Bad things happen to everyone, but we can determine how it will affect us. I have often heard the popular quote that says “Life is 10 percent what happens to you and 90 percent how you respond to it.” I could have let my dad's death or my mother's absence spiral me into depression and carelessness, but instead, I, like the two little lines, decided to think positively and work hard. As a result, I am now a bubbly, independent young woman who strives hard to break the boundaries around me.| 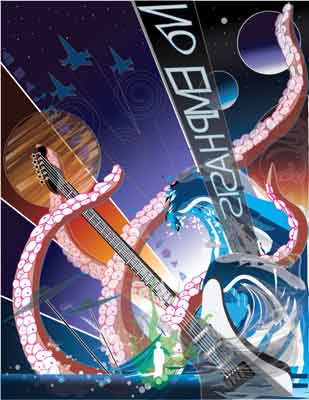 Favorite Quote:
"Of course this is happening in your head, Harry. But why on earth would that mean it's not real?"

View profile
wow, this was awesome. super creative.
simigurl said...
on Apr. 24 2012 at 9:39 am
this was reeaaallly very good...i found it really creative nd inspiring