Why Do You Serve? | Teen Ink

Why Do You Serve?

We live in society that chooses to make its biggest issues similar to the following:

Who will win American Idol?
What can I do to get more “likes” on Facebook?
When is the next iPhone due to be released?
Where is the nearest Chick-Fil-A?
Why is Lindsay Lohan in rehab again?
How is Charlie Sheen still alive and kicking?

While every one of these questions has a unique significance to popular culture, I believe that America’s youth has succumbed to the all-too-enticing grasp of first-world complacency. People around me are always talking but never say anything at all. Conversations lack substance while pressing issues get swept under the rug for a day that will never come. As a naïve middle schooler who saw more purpose in Myspace statuses than working to make a difference, I knew this lifestyle a tad too well. I would get home after a long day of school, pop open a fresh Diet Coke, and waste the day away watching Disney channel while doing homework. I was so immersed in my schoolwork and the intricacies of the entertainment industry that any issue outside of those realms ceased to exist. I was blind to problems both at home and overseas. That is, until that unforgettable day in seventh grade when I attended my first Miami Heat game.

My sister and I were drawing festive war paint on our faces to the tune of red and black; my mother and father exchanged witty repartee in the front seat; the cool October breeze blew in from the open window in the back. These components made for an evening like any other, until we entered what my mother calls the “Skid Row” of Miami. Blood-curdling wails and screams, along with ferocious tapping noises, erupted from seemingly nowhere. My sister and I pushed our noses against the glass and tried to get a glimpse of who or what was causing all the ruckus. What I saw truly changed my life. People of all ages lined the streets. Men pushing shopping carts as make-shift homes argued over sleeping space. A mother rummaged through an open dumpster while cradling an infant in her arms. All the while, inhabitants of Skid Row yelled and hissed insults – although they were directed at cars rolling passed, I felt as though they were spoken directly at me. As I looked at these people, I muted their insults and focused on their faces. They each had pulses, and dreams, and unique thought processes; they were no different than me, no better or worse, yet they sat on the streets while I sat in a Mercedes. I saw the hopelessness burning in their eyes and was left horrified, enlightened, and angry – how could this travesty persist within my city’s walls, less than a mile away from the luxuries of the state’s finest basketball stadium? The question remains unanswered, but I have tried my hand at rewriting it ever since.

I have spearheaded food drives through my Girl Scout troop to help the homeless. I have founded an annual clothing drive to give underprivileged Catholic students a beautiful and unforgettable sacrament of Communion. I have coordinated walks for leukemia and breast cancer to take one step closer to finding a cure. I have dedicated six hours of every Saturday to making the deaf and disabled feel as beautiful and purposeful as I see them to be. I have packed, collected, and shipped hundreds of presents for children of third-world countries to have a Christmas to look forward to. I have spearheaded a community-wide book drive, collecting over $20,000, to give the child soldiers of Uganda the education they deserve.

Everything I have done so far has been aimed at one common goal: giving people in my local community and overseas a fighting chance to prosper, and a reason to endure. As Winston Churchill once said, “If you are going through hell, keep going.” I want to provide light at the end of as many tunnels as I can.

Ignorance is bliss, sure, but knowledge is power: I serve to leave a legacy of positive change, no matter how small, and will stop at nothing to do so. 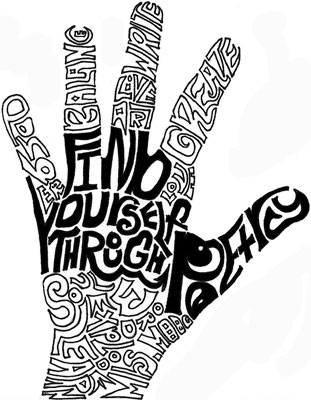 The author's comments:
Nothing in life can bring you greater joy than bringing joy to someone else.
Post a comment
Submit your own