It was a very cloudy day.

These were not fluffy, white clouds that cast a happy image of a blue sky and sunshine. These were dark, ominous clouds that forebode rain and shadow over the gray forests. They were not unexpected, however. For as long as the troops had moved into the Black Forest, they had faced nothing but bad weather for their stay. Snow and thunder was their sole forecast, and if in absence, a steady sheet of blank fog. The sun had not been gazed upon in weeks. It was often joked, somewhat grimly, that the weather reflected their moods. It would have made sense, for the company had been nothing but unhappy in their entire time in their encampment.

Adam was no exception.

He was not a happy man before his coming upon the Black Forest. The war against the Osmonians had taken from him, and he had not been the same after. He was one of the older men, and was generally treated with respect, but few talked to him in great amounts. They would receive short responses, and all of them knew what he had lost and knew that it would take time to heal. He had never been unpleasant; just empty.

It was not to be assumed that the others had joyous spirits and lively campfires every night. The war had taken its toll on every living soul in the Black Forest, big and small. All were ripped from their homes and thrust into war against the Osmanians. There was no time to say their goodbyes to their family, the people they loved. They were now simply one amongst hundreds, thousands that were fighting in the war.

The hour was late as the day grew darker, signaling that it was, once again, night. Once again, shadow overcame the already darkened landscape of dead trees. The pureness of the white snow turned a dull gray, and fog consumed their surroundings. They could not see three feet in front of their faces, and had to stumble hopefully into their cold and dewy tents filled with precipitation. It was during night, that the name given of the forest they took temporary residence in, the Black Forest, took full effect. Trees became invisible under the darkness of the sky and the absence of the moon. Quite comedically, this left the stragglers at night walking into trees that were simply one with the darkness.

Lieutenant Sturmiger was making sure, as routine, that the men were returning to their tents now. He did not want them to be out too long, as the small fire in the middle of the camp that provided very little warmth against the blackness of the night would have to be extinguished soon. It was small, but it glared like a beacon for the enemy. Sturmiger and his officers concluded with a rough calculation that the mountain was where the enemy was keeping some of their troops. It provided a clean vantage point and resulted in an easy method for being found if the campfire was left into the helpless hours of night.

However, one figure was approaching the lieutenant despite the growing darkness. He walked very stiffly towards the senior man, as if he were about to say something not for the ears of everyone.

“Yes, sergeant?” questioned Lieutenant Sturmiger, but he thought that he knew what Adam was going to say.

“Permission to fill my canteen, sir?” asked Adam, speaking in a quiet tone so no one would overhear.

Lieutenant Sturmiger was half amused and half saddened by the man’s request. Generally, he would have declined it -- if it were any other man. But Adam had recently faced a great loss and Sturmiger knew how difficult it was. Several times over their stay in the Black Forest, Adam had asked for a trip to the nearby river. He had never mentioned why, but Sturmiger was a kind man and understood that Adam would require time to heal.

“Of course, sergeant,” Sturmiger said shortly, and turned away.

Adam slowly walked until the campsite behind him disappeared. Though it was pitch black, he knew where to go, as he had been to the river many times. It was one of the only good things about being here; the waters were clear, the current was smooth, and the reflection of the dappled shadow of the clouds in the sky created beautiful imagery, as if a portrait of all the shades of grey.

He arrived at the stream, a river that separated two taigas from each other. Much of it was frozen, but he found a small part near the edge that still contained running water. He glanced over at the other side, knowing that only a few hundred meters from here would lead him into enemy territory. Out of the corner of his eye he saw a shadow shift among the trees.

Instantly, Adam dropped his leather canteen and slid his hand down to his revolver. He pulled it out of his belt, pointing it at the trees. Unfortunately, it was very hard to make out exactly where the other man was standing.

“Show yourself!” Adam said to the darkness.

The voice was young -- not a child’s voice, but not a fully grown adult’s voice either. It was accented similarly to the heavy style of the Osmonians. Adam waited for the boy to come out, not dropping his gun to his side.

“Who are you?” Adam grunted, as the boy appeared in front of him, hands raised. He dropped to his knees, panting heavily.

He wore very loose clothing, with shaggy and ungroomed hair. His face was scarred and his lips were chapped with dryness. Even in the darkness, Adam could tell how skinny the boy was, how weak he seemed. No weapons were apparent on his body, but Adam knew that the boy posed no threat either way.

“My name is Emiliano,” the boy said, shivering. “I am from Osmonians.”

Adam peered at the boy, momentarily confused. “Did they send you as a messenger?”

Emiliano shook his head, still shivering from a mixture of cold and fear. “I run away from the camp.” He looked at Adam, despair evident in his gaze. “Please don’t kill me,” he breathed, his voice level barely above that of a whisper.

Adam raised his head to see the eyes of Emiliano, expecting an empty shell of a figure in them. But, despite the overwhelming scars and obvious brutal treatment that the boy had gone through over the past few weeks, his eyes were strong and unfazed by the pain he had experienced. In fact, Adam had seen those bright eyes elsewhere. He had seen those eyes a long time ago.

Looking into the eyes of Emiliano, Adam saw his son staring back at him.

In one swift motion, Adam stood up and slotted his pistol into its holster. He picked up the leather canteen he had previously dropped and handed it to Emiliano, who cautiously rose from his kneeling position and took it. Adam slowly stepped forward to the frightened boy, making sure that he showed no harm. He placed a gentle hand on the shoulder of Emiliano, then pointed west along the frozen stream they stood next to.

“Follow this river along its banks. 5 miles from here, there is a small town that belongs to the nomads. They will help you leave this place and the war that resides inside of it.”

Emiliano took a few steps back, staggering as if a blow had been struck upon him. He opened his mouth as if wanting to say something, but no sound came out to break the silence of the cool night air. He walked backwards for a few meters, still looking at the man who had saved his life. Then, he turned away, walking quickly as if unsure whether to run or not. He glanced over his shoulder until he vanished into the fog.

“May those eyes never again see the horrors of war,” said Adam softly.

For a moment, nothing moved in the darkness of the night. The air remained unclear, the stars remained invisible, and the clouds continued to cast their spell of gray. Then, Adam closed his eyes. A tear started rolling slowly from the corner of his eye.

“If only I could have saved you,” he whispered into the midnight air. “My dear Gray.” 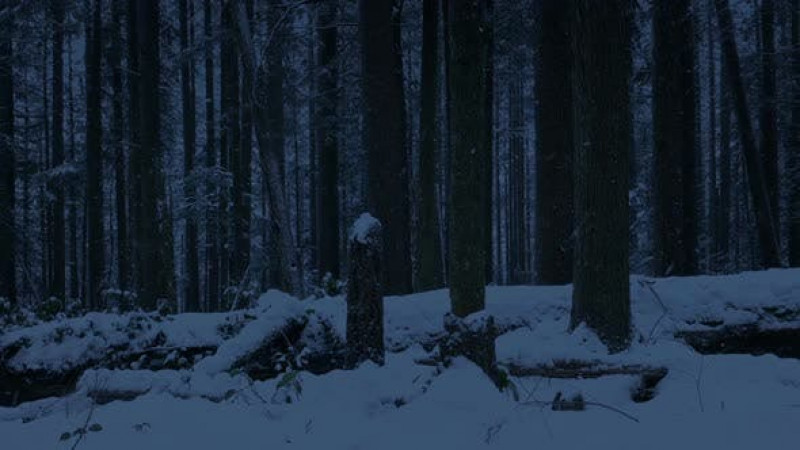 This piece was written for my father on Father's Day.