All It Took Was A Mighty Punch | Teen Ink

All It Took Was A Mighty Punch

In life, heroes come and go. Occasionally, one emerges proclaimed to be the best of the best with the absolute strength and might of a lion. Those heroes possess the willingness to protect the land by whatever means necessary. That has not been the case in this country for the past decade. Lately, heroes around here have expressed certain cowardice. They step out ready to fight, but then immediately run away from the enemy, rendering an easy defeat against them leaving our land asunder. When defeated by the villain, these heroes have disappeared into the shadows never to be seen again. Even the officialdom had given up efforts to protect the land. But this is not true about one specific hero. And with pride and honor, I will tell the story about the brave hero called Mighty.

Our country is called Rustashia, where villainy and terror have grown to be quite fulsome. Thousands of bloody bodies pollute the heath of the land due to devilish tortures. People have been innocently murdered by the blood-thirsty tyrants that roam around Rustashia tirelessly. Those surviving this terrorism have been living in fear for the last decade with no one to come to their rescue. Mighty was a mere stripling (age 17) when he declared it to be his duty to defend his country. After living in the shadows for so long, he could nowise bare to watch lives innocently be taken. With a winsome smile and a manly demeanor, he rushed without thinking twice to be the savior everyone has been longing for. He was prepared for whatever was in store, even if his efforts subjected him to martyrdom or serious injuries. In his eyes, it was a small price to pay if it ensured the safety of others. At least he would die a hero.

Mighty, who hates to be beholden to sidekicks or hero groups, worked alone. He wore a cumbersome suit, very bulky and elaborate yet enabled him to fight effectively. It shone like gold and was brighter than the sun. It had the potential of blinding someone if they stared at it for too long. His suit granted him a multitude of abilities like super strength, flight, super speed, and invisibility. The perfect curation for a win in combat. Mighty stepped out and eyed the evildoers like a hawk. He flew up to his opponents hurling a massive punch in the gut of each villain, shattering their ribs, and instantly defeating them. They fell to the ground yelling out in agonizing pain. “Our reign over Rustashia is over! We’ve been defeated! Defeated!” wailed the villains cowardly. Inhabitants of the country ran out of their homes, weeping for joy. “Praise Mighty!” they cried. After ten years, citizens of Rustashia were now free and safe to live and enjoy their lives. People young and old look up to this young man because of his amazing feat. All it took was a mighty punch. 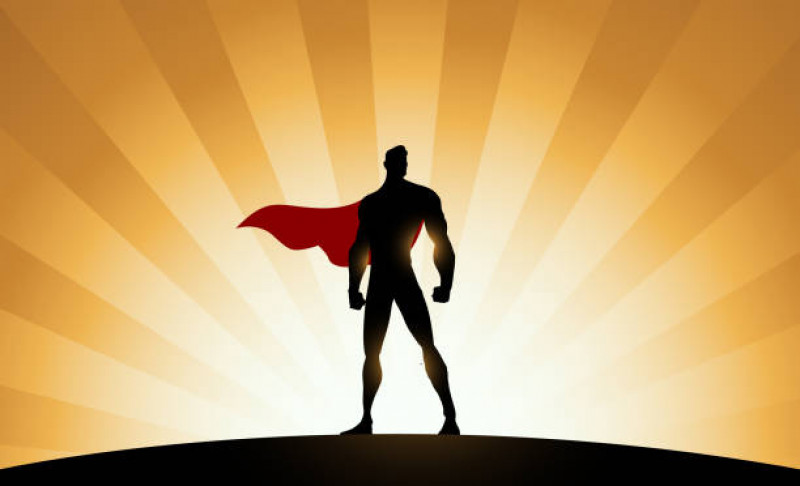 My story, All It Took Was A Mighty Punch, was inspired by three of my favorite anime shows: My Hero Academia, Attack on Titan, and One Punch Man. It details a hero called Mighty who saved his country Rustashia. Rustashia had been abducted for ten years by villains who murdered inhabitants of the land. Many were dying with no one brave enough to save them. That all changed when Mighty emerged.