Charlie Darrow was a quirky fellow. He was a film-maker. But not any kind of film-maker, he was a b-roll man. Many of you are wondering what on earth b-roll is, so let me fill in the blanks.


Have you ever watched a news program and the anchor(s) read the headlines while random and simple clips of townsfolk or trees are shown in the background? Those clips help the story with a visual aid, but really don’t tell much of a story. In fact, they’re not that exciting, either. That, my friends, is b-roll. And Charlie is a master of this craft.


You’ve probably seen some of his work. He’s captured the most beautiful sunrises for the daily highs. He once hang-glided off the Grand Canyon to get some birds-eye shots. Last year he dived into a live snake pit at the zoo for some nature shots. In a word, Charlie is insane. There is no logical reason he needs to do anything except film some shoppers at the local farmers’ market or road construction signs. Charlie takes an intensely professional view of his b-roll. Each tape is hand-crafted to show the best camera angles, depict the perfect complement to News Channel 7’s coverage, and create the most excitement a man with a really expensive camera, a tripod, and a dream can possibly handle.


Now why am I writing this? Well, Charlie is an intriguing man, to be sure, but his most interesting piece is the true focus. “Trains of Kent” was a seemingly innocuous and easy job. He had to document the various locomotives and boxcars that rumbled through the college town over the course of a day. Armed with a tripod and an iron will, he marched to the nearest bridge and set up shop. And so his true story begins…


Charlie pulled his baseball cap tightly onto his head as the latest freight train shook the earth beneath him. He peered through the view finder to watch the poetry in motion. He’d finally get a chance at an Academy Award for this one, he figured.


The rusted, graffiti-caked cars slipped past the hopeless hopeful and disappeared into the tree line. Charlie threw his fist into the air, victorious in his battle for quality footage. As the horns and clatters of engines drifted from his ears, he found himself alone.


It was midnight. All his natural lighting had long since disappeared, leaving him catching shadows. While not quite as impressive, he kept a keen eye for a perfect silhouette of the city. He was undisturbed, at least for the most part, with only a car every few hours. Either way, the bridge was quiet and the lights were dimming. As much as it pained him to admit, it was about time to pack up.


No, wait. A faint light. Two, to be specific. Headlights of a black 1963 Cadillac Coupe, to be more specific. Charlie had honed the ancient art of identifying cars by their headlights during his years of filming them. It stopped just next to the railroad tracks. Charlie flipped a variety of switches on his camera, enabling night-shot and some fantastic visibility.


The perfectly smooth, perfectly polished doors swung open as two men in ill-fitting suits strode to the trunk. Charlie was basking in the unbridled suspense of his latest work.


They swung open the broad trunk and pulled something out of its depths. A big bag or something. No, it was moving. Perhaps a wild animal, maybe just something shifting in the bag. Charlie craftily zoomed in, observing the huddled mass as the men lugged it to the tracks.


His mind raced, not with the horrors of what was about to happen, but with the endless edits and details he could tweak to make this tape the peak of his career.


The two men hefted the bag onto the steel rails and stepped away. Charlie caught the faint, shrill call of a coming train, something that had kept him attentive all day. Sure enough, the three balls of light roared towards him and whatever the bag held. Charlie slowly loosened his shot, the locomotive dominating the frame. It rocketed closer. Closer. Closer. It was almost there.


Charlie fell backwards from his tripod, lying shocked on the gravel. The shot wasn’t tight enough to see the fate of the bagged figure, but the scream told him it was a man. The green-and-grey monitor still illuminated the camera. Charlie couldn’t bring himself to look through it again.


In the darkness, Charlie could barely make out the two figures as they approached him. On the other hand, he could easily understand the threats they shouted to him. Charlie managed to drag himself to his feet.


The shadows kept getting taller, larger. He didn’t have much time. With a swift swing, he gathered his camera into his arms and eyed the train threading the tunnel beneath him. The two men finally shouted an ultimatum. Charlie was a witness to a murder. He had to be dealt with.


But these goons weren’t dealing with any old b-roll director. Charlie slung the camera over his shoulder and holstered the tripod into the sheath on his back. With one last breath and burst of confidence, Charlie vaulted the railing and plummeted to the rushing train below.


There was only a crackle of argument from his legs as Charlie rolled along the racing boxcars. He gritted his teeth and sank his gloved hands onto a ridge on the car.


Behind him, the ear-splitting cracks of gunfire were almost drowned out by the mechanical beast beneath him. He just filmed a mob hit, thirty trains, and was now getting the best point-of-view shot ever put to film.


He was going to complete this, the greatest b-roll of all time, or die trying. 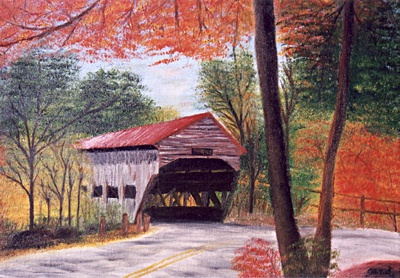 The author's comments:
An ode to the b-rollers, the men and women who shoot the scenes that no one cares about.
Post a comment
Submit your own