“You totaled three different cars, knocked over six fire hydrants, and,” the Chief struggled to believe the last report, “uncovered a secret cock-fighting ring. Do I even need to ask?” The bulky police chief towered over his side of the table, complete with the thick files of Harry Flynn and Roger Chase, detectives in the faintest sense of the word.


“In all fairness, we only cracked that cock fighting ring because Chase jumped off the car carrier and landed in the guy’s basement.” Flynn jabbed his thumb in Chase’s direction.


“Actually, it’s a Bricklin.” Chase pointed past the Chief into the parking lot, as if the solid figure cared.


“What the hell’s a Bricklin?”


“Like the city, only with better gas mileage.” Flynn slipped his hands into the pockets of his blue jeans.


“Harry, just shut up. Now you two are loose-cannons.”


“Forget it. I’m not going to lecture to you two. Both your badges are suspended for a month. Not open for discussion.”


“Do we at least get to run the siren through traffic?” Chase leaned forward. The Chief just let his body slump into his chair and his head into his hands. “That’s a yes.”


Chase disappeared through the door into the bustling precinct. Flynn was right behind him. So much for the biggest case of their careers.


“Why do we keep eating at Joe’s again?”


“Where else can you get a cheeseburger for fifty cents? Besides, look at this view.” Chase nodded towards the crystal clear water that surrounded the panorama, with only the colossal golden bridge connecting them to San Francisco. The sun gleamed across the horizon.


“If we’re going to get inspirational, let’s throw on some music.” Flynn balled up his tin foil and pitched it into the backseat of the Bricklyn.


“Sorry. Won’t happen again. Well, it probably will, but I won’t do it on purpose, I swear.” Flynn twisted one of the knobs on the dashboard through the rolled window. Thunderstruck blasted from the stereo. “That’s the ticket.”


“So much for inspirational.” Chase stuffed his trash into his coat pocket and started walking to the car.


“If they started playing this at the Olympics, all the runners would break records. This is pure motivation.”


“No, pure motivation is The Final Countdown by Europe.”


“Yes, but there is more than one type of auditory motivation. Thunderstruck is your standard in the heat of action song. The Final Countdown is when everything’s looking bad and you might not make it. There’s a distinct difference.”


“Well thanks for the soundtrack lesson. But we still haven’t figured out what to do for a month.”


“Well you got dumped two weeks ago-“


“-and I’m a professional bachelor, so romantic endeavors aren’t really this month’s goal. What did we do the last time we got suspended?”


“We drove over to Reno. And you still owe me two grand!” Chase pointed angrily at his partner.


“So where do we take the road trip?” Flynn fished some lettuce out of his teeth.


“Let’s just stay in town; the Chief might need us for a big case.”


“-tenth suspension. We’re lucky he hasn’t fired our destructive a***s. He wouldn’t touch us with a restraining order right now.” Flynn’s gaze drifted to a speeding Mustang behind Chase.


“What is it?” Chase turned around and tracked the quickly fading muscle car onto the bridge. A few cop cars whistled after it, sirens whining. They were losing ground fast.

“GET A LITTLE CLOSER!” Flynn leaned out the passenger window as far as possible, 9 millimeter hand cannon bouncing with the shocks.


Chase eased the wheel towards the cherry red Mustang, about ten yards ahead of them. He cranked the radio and “Neutron Dance” blasted from the speakers.


“WHAT THE HELL IS THAT?!” Flynn seemed genuinely perturbed.

“YOU JUST RIPPED THAT OFF OF BEVERLY HILLS COP!” Flynn set one hand on the roof to hold on.


Flynn pulled the hammer back on his pistol and aimed for the thin tires of the Mustang. He squeezed the trigger and saw the sparks of a bullet hitting pavement.


The bridge was running out. Flynn was starting to get a headache from the endless lines of shadow cast from the supports. Other motorists honked angrily, some voicing their frustration with a colorful vocabulary.


The Mustang hit solid ground and drifted onto the Waterfront District. Chase followed his lead.


“HOLD ON!” Chase cut the wheel as hard as the car would allow. Flynn tried to grab a hold of anything, but he wasn’t fast enough. The detective was thrown straight through the window, bright, white tennis shoes last. “WE’RE GOOD!” Chase shouted over the roar of the engine as he straightened out. He glanced at the passenger seat. “Not again…”


“Not again…” Flynn groaned as he rolled to a stop, tearing holes in his sweatshirt, and even through to the t-shirt below. He grunted noisily as he struggled to get back up. As he brushed off the dirt and assorted road shrapnel, he watched as the Mustang swung into the maze of docks along the coast. “Oh hell…”


Flynn shoved off on his tennis shoes and leapt the fence into the marina, landing on the floating grid of boardwalk. He could cut off the criminal. Maybe.


“That’ll teach him to put down a good Pointer Sisters song,” Chase joked to himself as he followed the Mustang through the iron fence into the marina.


The leading car bounced along the buoyant paths, Chase fighting the resultant waves in the boards. The suspension was taking it in stride. Chase pulled forward and rammed the back fender of the Mustang.


The car struggled to stay steady as it headed among rows and rows of boats tied to the dock.


Out of nowhere (actually just from behind the stern of a small yacht), Flynn lunged into the air and sprawled out across the Mustang’s hood. His fingers sank into the groove just below the windshield, but the rest of him rolled across the red steel.


With every bump, Flynn got slammed against the car, yelping appropriately.


“STOP THE DAMN CAR, PUNK!” Flynn leveled his handgun at the man driving. Well, the punk didn’t stop. He floored the accelerator and the Mustang rocketed off the end of the dock.


Flynn let go of the hood and scrambled to climb the car. He sprinted onto the trunk and dived to dry land. He missed headlong.


Chase pulled a 180? turnaround and yanked the emergency brake. He rushed out to the end of the dock and pulled the fuming detective out of the less than drinkable water.


“Not a word, Chase. Not a word.” Flynn rang out his clothes as well as possible and then aimed his gun in the air. He squeezed the trigger. A faint glug snuck out. “Another gun, ruined.”


“We should’ve let him get away.” Flynn was understandably hushed.


“SHUT UP! Just be quiet, BOTH OF YOU!” The Chief’s head was a maze of throbbing veins. “Do you have anything to say about this?”


“About what? We stopped that guy from getting away. So what if we were off duty?” Chase was surprisingly firm.


“He got a phone call that his house had been robbed. He stopped and told the police to follow him to the scene. And you made him jump into the Bay.”


“It wasn’t either of our feet on the gas, sir.” Flynn slumped against the wall.


“Psychological harm my a**,” Flynn choked off.


“Said the man who leapt onto his hood and waved a gun at him.” The Chief seemed to come to a decision. “You two need to leave. Just go.”


“Technically we left three hours ago. Month of suspension, rem-“


“No. I mean get out of my city. Leave San Francisco and for the love of God go burn down someone else’s town. If I see either of you around again, I’ll personally sink a bullet into each of you.”


“Is that a threat?” The Chief leaned towards the two of them, eyes flaming with rage.


“I love this guy. Always the jokester.” Flynn pushed Chase through the door and headed for the car.


“We messed up bad, Flynn. The angriest he’s ever been is that time I sideswiped his Mercedes.”


“Harry, what I’m getting at is that the Chief never threw us out of the entire Bay Area.”


“It just seems a tad extreme.”


“No, it seems that we will be taking a road trip after all.” Chase grinned widely.


“Where do you want to go? Rio? Vegas? I hear Moscow is nice this time of year.”


“I have a better idea, and you’ll love it. Where’s your favorite movie set again?” The two looked at each other with an adventurous tension. 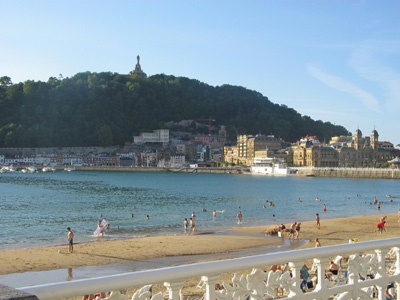 The author's comments:
Fueled by a steady diet of Beverly Hills Cop, Lethal Weapon, and Fletch, this is the half-parody, half-serious take on 80's cop movies. Pardon the language, it goes with the vibe.
Post a comment
Submit your own