Favorite Quote:
Don’t you find it Funny that after Monday(M) and Tuesday(T), the rest of the week says WTF?
-Unknown

As he groped about for another ledge and found it-a little gift he felt he did not deserve, he hung from it and swung to the now nearer icy, snow-covered ground. He landed wiry, with a light puff resulting in the powered ice below him.
He thought of the snotty rich girl he had left alone. Well, it was her own damn fault, she didn’t follow his instructions-just sat there and tried her cell phone, ignoring any voices…Including those of the dying passengers. Stupid girl.
Ferdinand had decided to come back to this place to die. But now that instinct for survival was back and it would not go.
Cringing, he held his emotions back as usual and rubbed the light brown stubble on his chin. He had neglected shaving lately, but then again why should he?
Shaking his well-angled, movie-star-perfect head, he turned back to her direction instinctively. Thinking to himself: ‘Why after I chose the profession of surviving, do I have to go against my own survival for that brat?’
But he knew the guilt would be there if he didn’t. And he had enough of it already.

He heard whimpering, a helpless little, “Hello?” in the distance. He swung himself back up the ice rise, and felt his gloves stick to the ground before he got up-it was ever so slowly going to get colder.
Stalking back towards her voice, he climbed over the other slippery, ice-covered rocks, and came upon the cavern. The ruins of the small airplane and the bodies he had raided of survival gear was off to the far end. They were just lucky the entire cave hadn’t collapsed upon them as soon as they crashed. But now there was no way out. Just behind, as the plane landed he could hear the avalanche piling on top of the other half of the plane (otherwise he would have cut the metal to get himself out), but unfortunately it had blocked and froze their only escape route.
Many giant icicles were splayed upon the cavern floor in ruins and still there were piercing pointed ones just looking down at you from above.
She was crouched in her disgustingly teenage, black and pink, faux fur boots, and looking up frantically as if at any moment an icicle could just…
“Get over here!” he bellowed, louder than he had meant to, as one of the icicles above shook.
She looked up, her curly brown hair shaking, and ran-skidding most of the way back to him.
He looked into her defiant and scared eyes, furiously.
“Didn’t I tell you your little cell phone won’t work out here in the wilderness?” his voice shook.
She gave a curt nod, as he began to hate every simple feature on her face.
“I will only say it once more, it you want to survive, come with me, do as I say, and do not screw around!”
Her long lashes blinked away some emotion, and her snow-flake covered hair floundered about as she looked away angrily.
He turned back to trek the icy rocks, not waiting or caring if she followed this time and heard her footsteps sliding and slipping behind him scantily.
Once he got to the drop he turned to her, a sort of grimacing skeptical look on his face, as he wondered what sort of fit she would throw. She stuck out her chin at him, even though she shivered and shook, she still had that stubborn rich…he remembered how the rich children at his school had treated him, after a flit of anger he calmed himself, reminding and chiding; ‘You’re older now, it’s your job to be the mature one’. He pushed it all away.

“What exactly did you think you were doing, going to Alaska, dressed like that?” he asked her smartly, as he narrowed his eyes and examined her millimeter thick, obnoxious, magenta cashmere-cardigan that went down to her knees which were covered with deep blue Capri’s. Her shirt was absolutely ridiculous-he didn’t even want to go there-a V-neck, dark pink, plaid spaghetti-strapped top, which showed her desperate appeal for attention with the amount of push-up put into that damn bra she wore underneath-he shook his head already disgusted, and not bothering to hide his scoffing one bit.
She snorted, looking at him like an uninvited party guest.
“Who are you, my father?”
He crossed his arms, full of impatience; it would be a miracle if he managed to get her half way out of here without her freezing to death. As she leaned over tentatively peering over the ledge of ice, he noticed she had a white rose hair clip, attempting to pull away her curls from her vision. For a second he remembered his wife-how he would always hold her hair back for hair and seek out barrettes when she was painting and had forgotten to tie it up. He thought to remove the curl that fell in her face as she looked over to the ledge, but he pushed it away as quick as it came.
She tucked it behind her ear anyway. Gulping and letting out an icy breath, she looked at him with big deer eyes.
“I…have to jump, don’t I” her voice quavered.
He let out a husky breath and backed over to the ledge, finding the cracks and creases easily this time; he swung down and looked back up at her.
There was a pause.
“Uh….I can’t do that.”
For once he found some humor in the situation and he snorted, shaking his capped head.
“Here,” he held out his hands, cupping them.
She looked at the space she would have to jump to with frightful eyes and shook her head.
“You’ll drop me,”
He regarded her, she was slight enough. As soon as she stepped and let herself fall (he didn’t expect her to jump off his cupped hands), then he would hold out one of his arms and catch her.
“Just do it, do you want to survive or not?”
“Eeep!” she just dropped herself, without even aiming, but with all his past practice at expecting the unexpected, he still managed to catch her at the last second.
She let out another weird noise that best resembled an, “Ooof!” as her hair pounced up into his face from the rebound, she stared at him, surprised he did it, but all he could focus on was getting her hair out of his face as he set her straight.
For a moment she looked like she might try to say saying nice or considerate.
Straightening her hair out she simply said, “Thank you,” and turned her heel away, stopping just short.
“This isn’t the way?” she guessed awkwardly.
“No,” he said with some satisfaction as she turned around all flushed in her face, and he led her to the correct tunnel. 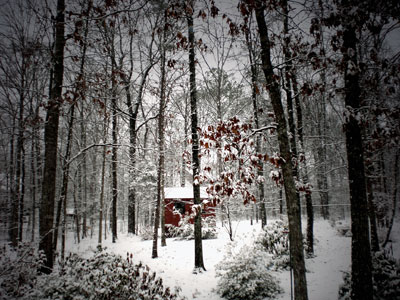 The author's comments:
A rich girl named Liz is on her way to see her sea captain father and is on the same small airplane as a ruthless survivor man named Ferdinand who has recently lost his son. The plane crashes into a big glacier-like ice mine, and they are trapped inside to try to find a way out. The book chronicles what happens as they turn to friends and then…he gets a bit too friendly and starts to go insane. He keeps this to himself however for as long as he can, as he slowly turns obsessive over her and dictates over whatever she does. One of the survivors’ catches up to them and it seems in Ferdinand’s haste to check the survivors for life, he had missed one. What will this new addition mean for Ferdinand’s new found dictatorship over Liz? Will this survivor bring hope to Liz and crack Ferdinand’s crumbling facade? Or will everything shatter?
Post a comment
Submit your own