Favorite Quote:
"There is only one god, and his name is death. What do we say to death but 'Not today' "
-Syrio Forel, A Game of Thrones 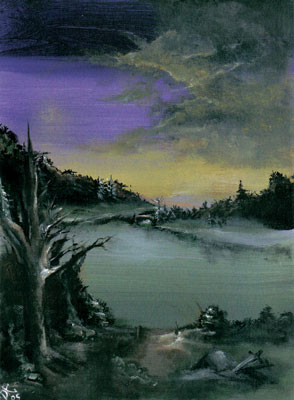 Favorite Quote:
Don't tell me the sky's the limit when there are footprints on the moon.

View profile
Okay so I really enjoyed this story simplly amazing but I did notice some things. Though your story was really good i felt like you lack alot of transitions. Most of the story was telling about the girl's pas but i elt like it was too much and little too confusing. You jumped around alot make me slightly confused especially when you started talking about how she killed the land lord. Also in the begginning you talk about her killing some one but who was that? Plus you don't go back to explaining how she got into the situation of killing that person. Next, when you say " a scream rent the air" what do you mean by "rent"? Is that what you meant to say or is it a mistake? Anyway, other than that I really enjoyed your story. I loved your desprictions or everyhting and the world you created. Hope you continue writing(:
TaylorWintry DIAMOND said...
on Jan. 6 2013 at 5:31 pm
TaylorWintry DIAMOND, Carrollton, Texas
72 articles 0 photos 860 comments

View profile
That was so beautiful! My eyes are literally watering... You made the girl seem so heroic and loving while she also seems daring and feisty! I loved this - please keep writing. You're great at this!
MonsterGirl2000 SILVER said...
on Jan. 3 2013 at 7:34 pm
MonsterGirl2000 SILVER, Des Moines, New Mexico
9 articles 0 photos 53 comments

Favorite Quote:
When it seems like there’s no one left to run to in this empty world you can come to me I’ll be your shooting star. You can tell me your dreams I can’t promise to make them come true, but I’ll be there to pick up the pieces of your broken heart if your dreams happen to fall through…Unknown

"Always stand up for what's right even if that means you're standing alone."

View profile
This was kind of a haunting story, but very well written and your descriptions were amazing!  Good job and keep writing!