Midnight had come, and upon this point Tom had been lying awake in his bed, listening closely for the faintest meow of Huckleberry Finn to sneak through his window. Finally it came, and Tom, trying ever so hard not to wake Sid, crept through the window, out into the night. Dropping down onto the ground, Tom quickly said,

“Huck, you sure you seen what you seen?”

“Sure as the dead crickets in my pocket.”

“You reckon they’re still there?”

“Ain’t nobody gonna look for ’em. Because from what I’d seen, they’ve been sittin’ there for a long time. Nobody been to that haunted house in ages, I reckon.”

“What’ll you suppose happens if we wake the spirits?”

“Well what do’ya suppose I have these here crickets in my pocket for? They’ll scare away the spirits for us.”

“You sure they scare away spirits?”

“I reckon so. Only on Tuesday nights, three quarters after midnight.”

“Say, the moon’s almost at the top of the sky! We’d better get there, then, before they wake.”

The boys then trudged over the land they knew well, not fretting over the dark branches and brambles, reaching the house about a half hour later. Approaching the house aroused a tiny edge of doubt that snuck higher and higher, until it formed a knot in each of the boys’ throats. This caused a huge setback; for both boys were stuck, paralyzed in their tracks, unable to speak on the steps of the haunted house. Finally, Tom got a pinch of courage.

So the boys crept into the deserted shack, waiting for anything to pop out at the spur of the moment, and for their chance to run away. Tom lit a candle and held it out in front of him. This did not help, for now fear was painted in many shades of grey, lurking in all the corners, nooks and crannies, moving with every step they took. Though these shadow’s paintings weren’t real, they were just as frightening as they would be if they jumped off the walls right at that moment. But the boys still contained their fear. Huck, still in a frightened daze, finally shook himself awake and remembered the purpose in which they had come to the awful place.

Tom dashed over to Huck, excitement boiling inside him. Crouching down on his hands and knees, Tom peeked under a loose floorboard, gasping at what he saw. Lying in a jumble on a pile of hay were three dozen white marbles, glittering even in the shadowy hole.

“Well let’s pull up this board. I reckon there might be more under here! Yeah, there – say, Tom, your arms ain’t broke! Come give me a hand here.” Tom scooted over and they finally lifted the board with a hefty push, revealing the large array of marbles.
They stared at the fine arrangement of treasure, baffled at their discovery. Suddenly the candle flickered out. A howl and a moan pierced through the air from the upstairs loft, and out the door bolted Tom and Huck with hands full of marbles trying ever so hard to drop them safely into their pockets without discarding them to the ground. Another shriek rumbled out of the house, adding speed to the boys’ pace. Nothing could have made Tom turn around and look to see if anything was chasing them, even though the thought clung to his head like a cat to yarn.

It took only half the time to arrive back into town, and they ran as far away from the forest as they could. Each grasping helplessly for breath, their nerves slowly calmed and their hearts backed down to a pace twice the regular speed, which was better than before. Tom then retrieved his voice.

“Hey, Huck. That was quite a run. How many o’ the marbles you get?”

“I got here in this pocket six and this one eight. How ‘bout you?”

“Well, I didn’t get but a dozen. I guess the spirits took the rest of ‘em. I reckon we made ‘em mighty angry, the way they screamed at us. They’d probably kill us if we went in there unprotected again.”

“That’s what I was just thinking, Tom. Maybe we should leave them be, for a while, at least. Let ’em rest a bit ‘til they forget about us. Then we can go back for the rest. You reckon?”

“Yeah, I reckon. I at least wish we could go back now and get the rest, but those spirits would slaughter us. We’d best stay away.”

Tom and Huck agreed, and left without another word on the subject. Still shaken, Tom retired not long after. Though they returned a few weeks later, neither one found out that even though the cries from the loft were not imagined, it was none other than the hidden body of the outlaw and murderer Injun Joe awaking from his slumber atop his hiding place in the dark dense space of the haunted house. 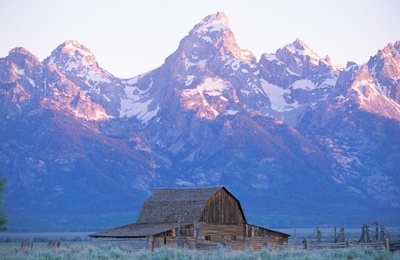 The author's comments:
This is an extra chapter added to the novel "The Adventures of Tom Sawyer" that I wrote for english class.
Post a comment
Submit your own

View profile
i haven't read this book but i really like the way its written and told. I have an alternative ending for The Pearl, a book by john steinback that i wrote for english class too, would you mind taking a look at it? thanks and good job! :)
Garnet77 PLATINUM said...
on Jul. 21 2011 at 11:33 pm
Garnet77 PLATINUM, Sinagpore, Other
31 articles 6 photos 577 comments

View profile
I love the dialogue in this. I haven't read "The Adventures of Tom Sawyer", but I have read "Huckleberry Finn", and I really liked that. This story was well done. :) I'd like to see more of your work.
Kailey4 BRONZE said...
on Jul. 17 2011 at 8:20 pm
Kailey4 BRONZE, Simpsonville, South Carolina
4 articles 3 photos 54 comments