The sugar in my coffee swirls.
Although I cannot see it,
I know it is there,sweetening my drink.
My fingers play with the flimsy redstraw
(One of those coffee stir-er things they give you)
I don't take my eyes off the coffee,
Partially becauseI am amazed by the whirlpool forming in my cup,
partiallybecause I cannot face him.

His eyes patiently search formine,
the pale blue gaze that once sweetened mydays.
But he won't find my eyes,
They are lost in thecoffee.
I can also see the busy street:
A man jogging,his Dalmatian beside him,
a frazzled women rushing to makea Red and Tan Line bus,
and in the midst of all this hustleis a couple gently strolling,
no rush,
just taking theirtime to get wherever it is that they are going.
The smileon her face tells me they are going to a movie,
Perhaps thebeach,
Or maybe their destination is just thisstreet.
It doesn't matter, because either way, they will behappy.
We used to be that couple.
Maybe I say that outloud,
Maybe I say it only in my thoughts.
I see him nod,agreeing.

The live jazz band plays
On this fallafternoon and it somehow
Seems too loud and big to be thecenter of this
Old fashioned - with a late 20th centurytwist - coffee house.
The lead singer rocks back andforth,
his sunglasses reflecting the image of two
people facing each other,
with nothing to say.
Thetrumpet takes to its solo,
A music background to oursilence,
I begin to wonder what it would be like to play ina jazz band.

"I don't understand," I hear himsay.
Yeah, well neither do I.
I stick to the coffee,
How unlike me to be so closed;
I am always open,
Iwas always open with him.
Wishing I could just sip mycoffee and smile,
I finally get the courage to lookup.

My eyes roll into the light blue tide of his
but not the way they used to.
This fire has burnedout,
It is no use lying to each other anymore,
Most ofall - why lie to ourselves?
We sit there in silence,
the light between my eyes and his no longershining.

I swirl the sugar around once more,
Andcome to a conclusion:
knowing what I have to do, I pickmyself up,
look once more into his eyes,
And saygood-bye,
Leaving him there with my coffee
And thesugar swirls. 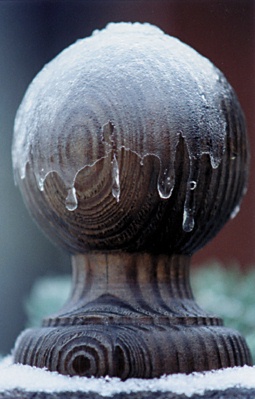 its sad, but so true you cant help but notice

thnx for the great read.