Favorite Quote:
Yes it's hard to write, but it's harder not to.

Droides, the god of technology, had watched the world evolve from the first spark of fire that changed mankind, to the modern era of technology that he had helped create. The Technological Era was the epitome of his power. All over the world, everyone was overjoyed with his creations. Even the gods were pleased with his work.
Well almost all of the gods.
Morbus, the god of illnesses and disease, was jealous of the popularity that Droides was receiving for his stupid inventions. He decided that Droides must pay the penalty. He concocted a virus that would affect Droides and all his creations. He planted the virus in an iPhone before sending it to Droides.
The next day, Droides opened the package with the contaminated iPhone inside. The second it brushed his fingertips, he felt nauseous and he began vigorously coughing. He weakly made his way towards his chambers where he sat down on his bed.
“Morbus…” he realized.
He summoned Mercury to his bedside and said weakly,
“Find me… a hero… to foil… Morbus’ plan.”
Mercury began searching for a hero worthy of defeating Morbus’ virus. Finally, he stumbled upon Leo Ditton, a young sixteen year old boy who was a fanatic of technology.
One afternoon, while Leo was doing homework, his phone went off. It read: MERCURY WOULD LIKE TO FACETIME. Mercury? Who was Mercury? Curiously, he pressed ACCEPT. He could see himself in the smaller screen, but the caller’s screen was black.
“Leo Ditton.” A man’s voice greeted.
“Who are you?” Leo demanded. “How did you know my name? What do you want?”
“My name is Mercury. I was sent by Droides, god of technology, to ask for your help.”
“What do you mean?”
“Morbus, god of disease, created a virus that he has used to weaken Droides. If he succeeds, he will use the virus to contaminate every device in the world.”
"So why can't the gods fix it?" Leo asked.
"Because we are unable to interfere."
"And how do you expect me to stop him?"
"You must journey to Nortonus, the Oracle. He will give you a cure for the virus. You must give it to Droides before midnight or Morbus’ virus will affect every device in the world."
"Okay, where can I find Nortonus and Droides?"
"Your resources will help you." Mercury remarked. “Always keep your resources with you.”
"Wait... What?"
The screen went black and Leo was alone. What in the world just happened?
Almost as soon as he set his phone down, it vibrated again. When he picked it up, there were no new messages or updates.
"Your resources will help you." Mercury had told him.
The Maps App.
Clicking on the app, he saw that an address had been typed in and there were directions on how to get there. The destination read NORTONUS. It was about fifteen minutes from his house and his mother would be at work for another few hours. He could easily ride his bike there and back without anyone ever knowing.
Leo still thought that this was all a big joke. But what if it wasn’t? Today’s society has been accustomed to relying on technology. What would happen if it all shut down?
After thinking it through, he stood up, grabbed his iPhone, and went downstairs to fetch his bike.
Soon, Leo pulled up in front of a normal, two story house. Leaving his bike beside the driveway, he approached the door and knocked.
The door opened, revealing an average looking man who had tousled brown hair and bright blue eyes.
“Yes?” He asked, with a friendly, but confused tone. “May I help you?”
“Are you Nortonus?”
He nodded.
“And if I’m not mistaken, Mercury sent you?”
“Yes.”
“Well, come in.” Nortonus said.
The house’s interior was normal too, to Leo’s surprise.
“Follow me please.”
Nortonus led him upstairs and into a room that was anything but normal. Bottles of different colored liquids were organized on a few shelves. Books were opened or stacked all over the room. Maps and star charts covered the walls.
While Leo looked around the room, Nortonus went to a shelf and picked out two bottles of bright blue.
“Here you go.” He said, handing them to Leo. “Compliments to Apollo. That one is for Droides. The other is for you.”
“Me?” Leo questioned.
“If Morbus tries to stop you, this will protect you. Drink it before you leave.”
“Thank you.”
“Anytime.” Nortonus smiled, escorting Leo to the door.
After drinking the liquid, he pocketed the bottles, grabbed his bike, and checked the Maps App for directions. A new destination was marked DROIDES.
Meanwhile, in his lair, Morbus was watching as Leo rode down the street. He knew that he must stop him. Quickly, he sent the virus to Leo’s iPhone, corrupting it immediately. Morbus waited patiently for the virus to affect Leo, which would never happen.
Leo, stopping at the next corner, went to check his iPhone for directions, but found that it wouldn’t turn on.

“Are you kidding me?” he pocketed the useless phone, pondering how he would find Droides without it.

Suddenly a pair of flying shoes appeared before him. Leo stared at them, realizing they were from Mercury. Leaving his bike behind, he hurried to put on the shoes. Once they were on, he was lifted into the air and flying towards his destination.

Soon, he landed in front of an empty field. Confused, he looked around for any signs of life, but saw nothing. Randomly, a large building appeared, making Leo jump. It was like a large skyscraper made entirely out of what looked like thousands of blank iPad screens. The door opened before him and he stepped inside.

The room he entered must have once looked spectacular. Blank screens surrounded Leo, forming furniture and the walls.

He heard a noise from upstairs and followed it. Finally, he reached the room from where the noise came from. He opened the door and he saw a man who was lying in a bed made of iPads looking extremely ill.

Droides raised a weak hand and took the bottle, draining it empty. Leo watched as strength poured into the god. As he grew stronger, the iPads that lined the wall blinked on, creating colorful patterns.

Finally, Droides rose from his bed. Leo sank to one knee in respect.

“You have done well.” He continued after Leo was on his feet. “You saved the modern world. For this, I thank you. I know you are fond of technology. I offer to you the opportunity to be my assistant in creating new devices in return for your services.”

Leo had never been more shocked in his life.

And so it was final. Leo became Droides’ assistant and followed his dream in helping to shape the technological world. As for Morbus, he kept attempting to infect Droides, but Nortonus and Leo were always there with a cure to the virus. 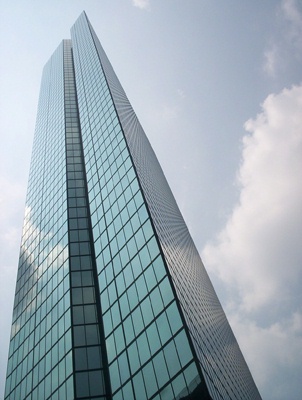 The author's comments:
This was a piece I submitted for a writing competition for the PAJCL (Pennsylvania Junior Classical League)for the "Modern Myth" I won 4th place on it out of about 50 people. This Modern Myth is how I interpreted the reason for computer viruses.
Post a comment
Submit your own