The best super bowl game ever to happen in America! | Teen Ink

The best super bowl game ever to happen in America!

It was the best day for a super bowl. The sun was out the birds were singing. Ahhh it was amazing. My friend Barney was re-telling a story about how he had bet his tax return money on the Buffalo Bills on this superbowl. I opened up another beer from my twelve pack and got settled in my chair.

My kid David loves sports almost as much as I do. We usually spend a lot of time together playing ball and running around the yard. He was sitting next to my chair as the game started...

David just looked up at me from below the arm of the reclinder. He got up and walked away.

That's when Al Michaels voice boomed on the tv to signal the start of the game. Oh man, I was excited!

My heart fell when I saw what happened next: Al Michaels said both teams resigned at the same time.

I was in shock! I stared in amazement at the screen for about 5 minutes as if that if I kept watching it would be revealed as a hoax. I finally summed the courage to get up and turn off the tv.

I went up to David's room were he was there all by himself...

"David what are you doing up here all alone?" I asked him.

David replied innocently, "I was waiting to play with you Daddy"

"Well let's go play ball then!" I said to him heartily. "Go get your bat!"

"You mean it?!" he replied earnestly and excited.

I smiled at him and put my hand on his shoulder, "Of course I will, what's more important than spending time with son, David?" 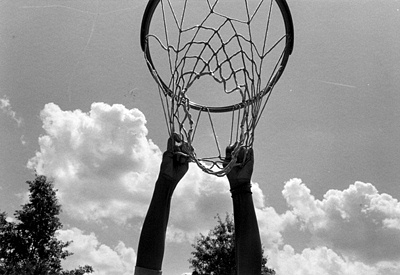 The author's comments:
I am 16 and not a father, but it worked better in 1st person. This is kind of a sarcastic piece making fun of the superbowl and parents that say their kid are the most important thing to them, but really aren't.
Post a comment
Submit your own

Favorite Quote:
"In three words I can sum up everything I've learned about life... It Goes On."~Robet Frost

View profile
good point, if you hadn't made the game not be played then i doubt the dad would go up to his sons room. nice work on how parents don't actually seem to care that much as they think. =)