When Kyle was just twelve years old, his baseball team and all of the parents went to Cooperstown, New York. Kyle Had never flew before and he was really nervous and scared. “Why do we have to fly.. Why can’t we just drive there?” Kyle said to his parents.
“It is too long of a drive and it would just take forever to get there, we wouldn’t get there in time.” replied Kyle’s mother. It was over 4th of July weekend and they were very excited. This is the biggest tournament of the year and there were over one-hundred teams competing. When Kyle and the team got there, all of the team went to the cafeteria to eat and the guys running the tournament explained what's going to happen. The parents including Kyle’s went to go check in at our rent houses. After that, the parents went to the village that the players and coaches would be staying in. When they got there it was set up like a barracks and the village was very nice and huge. “This is pretty cool place to stay in isn’t it guys?” Said the coach of Kyle’s baseball team.
“Yeah it’s nice but this place is kinda small.” Replied Kyle.
“It will have to do.” Said Kyle’s coach. It was a long day of traveling and the parents and the team went to sleep awaiting a big first day. The first game was against a team from Maryland and they were really good. Kyle had a productive game but was it wasn’t enough. They lost the game 6-5 but the team from Maryland was very good. The next game was against a team from florida and they were also a very good team, Kyle was the starting pitcher and the team felt like they needed to win this game. You did not want to start the tournament 0-2. Kyle struck out the first 3 batters and he felt like he was on top of my game. In the bottom of the 1st inning They scored 3 runs and got off to an early lead. For the next 4 innings, Kyle only gave up a total of 2 hits. Kyle really had his fastball going and he looked good. In the bottom of the 5th, they tacked on another run to go up 4-0. Kyle was starting to get fatigued, so the coach took him out of the game. They ended up winning the game 5-3 and they got a much needed win. It wasn’t the best looking win, but they got the job done. It was already 8 o’clock so when they got back from the game, the team went to their barracks and the parents went to there rent houses. The first day of baseball was not the best but they had plenty of games to make it up. 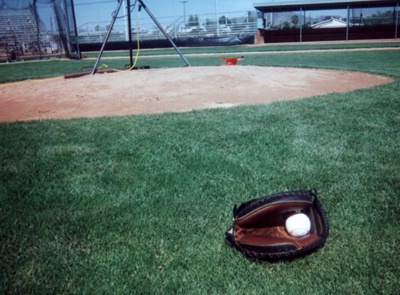 Favorite Quote:
You exist because we allow it, and you will end because we demand it.

Favorite Quote:
I'm selfish, impatient, and a little insecure. I make mistakes, I'm out of control, and at times hard to handle. But if you can't handle me at my worst, then you sure as hell don't deserve me at my best. -Marilyn Monroe