Favorite Quote:
"If there's a book that you want to read, but it hasn't been written yet, then you must write it."
--Toni Morrison

Hazel Levesque was tired, sore, and most importantly, Hazel was sweaty.
With her body was covered in a thin layer of sweat, Hazel wanted nothing more than to go back to her cabin and change. If she was lucky, she would get to shower.

Her clothes were drenched under her armor, and her hands were shaking. The adrenaline from sparring against a younger camper had yet to wear off. Hazel's heart was beat rapidly still. Her body desperately trying to calm its rhythm with each breathless laugh escaping her lungs and through her lips.

Her hair was matted to her head. Curls sticking to her forehead, the sides of her face, and the back of her neck. She grimaced as her feet fully throbbed with each step. Her jeans had ripped at the knee, and the skin was barely injured. The injury remaining clean and not bloodied as the 14 year old walked to her cabin. The helmet she had on her head was quickly discarded and placed under her arm. Her shoulders trembled, her body was still at a level of physical strain from training.

The dirt paths of Camp Halfblood seemed rural. The cabins surrounding her as she stumbled on her way. The sun beat down on her viciously, not that Hazel minded. The air was humid, but the weather was overall not as bad as it had been previously that week. Compared to the 90° weather the day before, the 76° weather she faced now was heaven.

A rare wind blew at her. She smiled and savored the short flash of cold, crisp summer air. Sighing contently as it cooled her body for one moment. The shirt she wore stuck to her back as sweat continued to come from her. She walked to the Hades cabin again, faster as she felt her hands stop shaking. As soon as the adrenaline wore off, Hazel would be more sore than she was at the moment.

"Might as well get ahead of the ache." Hazel murmured to herself. Scurrying to her cabin, her golden eyes scanned the area instinctively. Her cabin, although made of obsidian, was easy to find. The green torches shining through small windows Hazel insisted on creating gave the cabin a ghoul-ish feel. Hazel shivered but entered the cabin. She couldn't ask for the cabin to change, after all, she didn't live here.

Hazel was merely visiting for two reasons. One, Camp Jupiter sent her to help the camp out as well as help achieve Jason's dream of building cabins. Although Jason had pictured it for Camp Jupiter, the Greeks felt the need to honor Jason as well. It was a nice gesture, Hazel supposed.

And two, Hazel learned that Nico has began dating a certain son of Apollo. Unable to resist, Hazel also came to camp to meet him. As well as possibly threaten him if he would ever to hurt her brother. Nico could always protect himself, no assistance required, but Hazel felt like it was a duty placed upon her by their shared father. Even if one was Greek and the other Roman, Nico was still her brother.

Humming to herself was she swung open the door, Hazel was greeted by a vacant cabin. She smiled to herself, tossing her helmet to her coffin-like bed, and dropping her sword to the side. Nico must have been helping the infirmary again, or seeing his boyfriend. It's the same thing, really.

With her hands free, Hazel undid the straps to her armor. The golden chest plate being cast aside next to the helmet as she decided to examine her knee once more.

Her fingers grazed the flesh wound gently. The skin around it still enflamed, but blood wasn't covering anything. She decided it was fine, a mere scratch compared to the usual demigod wound. With her armor off she moved to the bathroom.

One thing she didn't miss about Camp Jupiter, the community bathrooms. Yes they still have community bathrooms at camp. However, the Hades cabin (along with many others) had gotten private bathrooms installed over the course from when Percy first disappeared to when Hazel came to visit earlier that week.

Her soft humming resumed once she closed the bathroom door. Her throat mindlessly humming a melody as she clicked the lock behind her. Her shoes felt stiff and damp. Her shirt was soaked through with sweat. She blushed as she spotted a glimpse of her black bra in the mirror, as her white shirt did nothing to keep her modest.

Quickly unbuttoning her shirt, she slipped it off. Her skin began developing goosebumps at the cold air rushing around her body. Hazel's golden eyes kept themselves on the mirror. Doing a quick, barely ever happening, face check. She poked her cheeks and examined her face for any acne. Reminding herself to wash her face that night since she skipped last night.

Then something caught her eye. Although in her bra and ripped jeans, Hazel saw a strip of grey. This grey was from her hair, and it shocked her.

"Grey hair?" She wondered aloud, getting closer to the mirror. At the roots, her hair had gone from its natural cinnamon color. Hazel then came to realize what great a contrast the two colors where.

Her mind raced as she tried to remember what caused grey hair. She could only come up with two reasons; stress and age. Huffing in frustration due to lack of answers, Hazel decided to wash herself. Maybe she was just really dirty from all her training today?

So Hazel showered, made sure to wash her hair another time more than usual. As soon as she had gotten dressed again, and went to bed. Skipping dinner without a thought since she was exhausted. The steamy shower didn't help with her lack of energy.

She woke up the next morning, the grey hair had stayed. To the girl's terror, the grey had also spread. She hid her hair under her helmet that day. 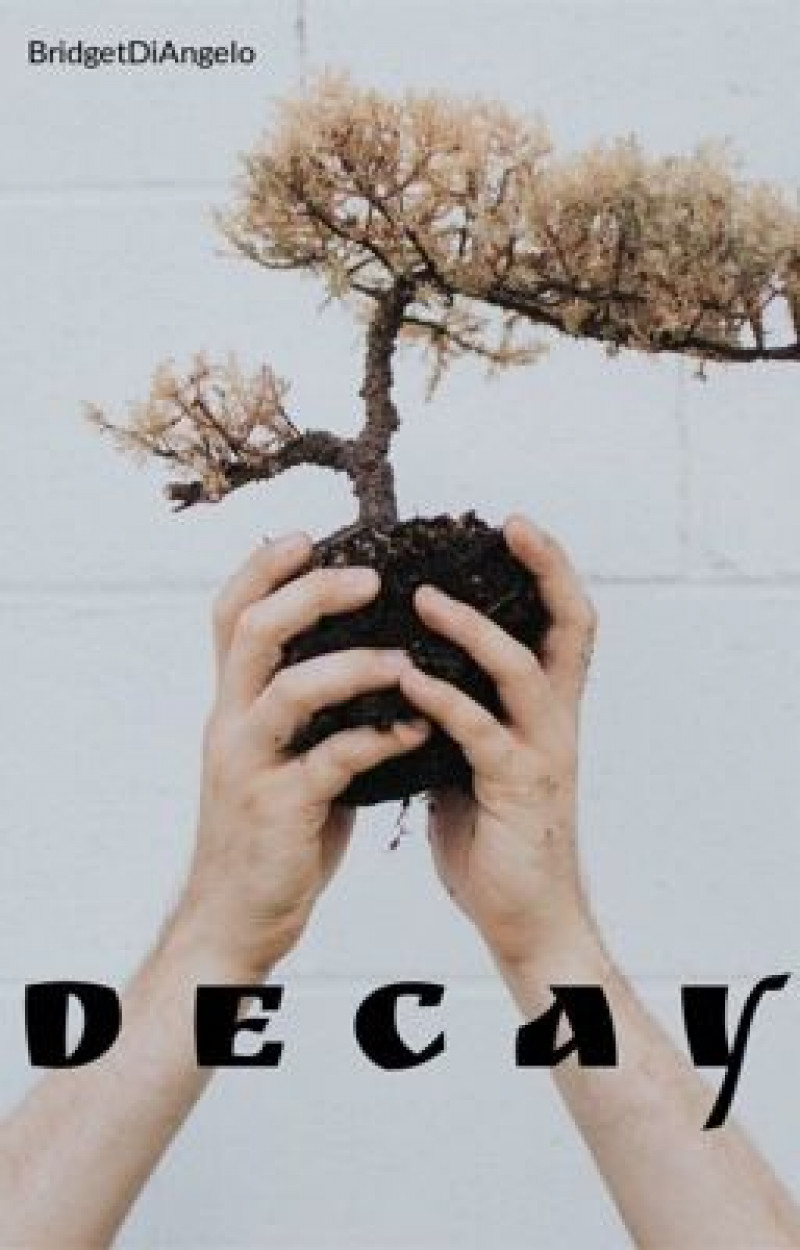 All because Hazel was brought back to life doesn't mean she stays that way. Even though her curse had been lifted, doesn't mean it wasn't replaced. Hazel doesn't want to look her age. She's 14, yet she's turning into a walking corpse. This time, Nico can't save her.

Favorite Quote:
You are never too old to set another goal or to dream a new dream.
- C. S. Lewis

Favorite Quote:
Too many people too angry at a world that isn't the least bit angry at them.