"Ayaaa!! Mommm, Ryo ate my dumpling again!" Kimiko narrowed her eyes at her older brother. "Its Saturday, chill little sis, or maby not! Haha." Kimiko pouted,"Your such a dude!!" Ryo stuck his tongue out with dumpling still on it, Kimiko squinted and frowned. "Mooom, I need some breakfast for dance practice!! oh, can I go hang with Dai, Hajimi, and Nikki today??", Kimiko cried. Her mother walked smoothly down the stairs and smiled proudly at her two children. "Ahh yes little one, you may, and I have extra dumplings in the fridge." Kimiko headed towards the fridge and turned to her mom, "Im not a baby anymore mother, I am a mature seventeen year old who reaaally needs a new dress for the prom this year! Its so exciting, dance team is coordinating for a DJ and Im picking Hajimi..." Little ones are so talkative these days, her mom smiled warmly. "Yes, but you are still my little girl.", Mrs.Megumi said. Kimiko stuffed a dumpling in her mouth and smiled. "Pig." her brother added. She threw a tomato at Ryo's head and exited to the door, "Love you!" and flashed the peace sign. Mrs.Megumi waved, then headed toward the table and gave it a tap, "I believe you should be the one to set some mature examples." Ryo stared at his mother blankly and laughed, "Not a chance."

"So were breaking the dance into three parts..." the young man excalimed in the gym, pushing his spikey black highlighted bangs out of his brown eyes. "Pshh, THREE PARTS? Are you blind Dai???", Hajimi yelled. Dai sighed, "Its a must because of the fact of changing the seasons through the course of the dance, summer, winter, fall, duh! Someone's gotta move the lights around and other effects, even the snow!" Hajimi's eyes sparkled with laughter, "I'LL be the judge of that!" Dai sighed, and heard a familiar giggle. "Kiki!", Dai waved. Kimiko put her dirty blonde hair into high ponytail making her flecked brown green eyes stand out; ten times better than Dai had ever seen them. Dai smiled and blushed a bit, Kimiko parted from her dance team to join them. "What's up dudes???" she laughed. Dai stared at her then returned back to buisness, "Dance stuff, the theme is season changes so Hajimi and...", Dai glared at Hajimi, "...I are planning on how the heck were going to do this." he scratched his head. Hajimi bit into his leftover california roll, "I told him earlier to have all the hot girls off the dance team come in AS the seasons. For instance, Kiki, you could be winter and that brown haired chick over there smiling at me can be fall, and you all can make up a dance routine for it. HA! I'm a genius." Kimiko clapped in excitement, "Thats radd Hajimi! Kayla-Lee and I are really fast at making up the routines, it be perfect." Dai frowned as she gave him a hug. "Fine we'll go with your plan, just make sure it pans out correctly." Dai added. Hajimi flashes both his hands with peace signs, "ALRIGHT! Time to celebrate! sushi on me." Kimiko interrupted,"Not today I have practice,studying, plus im picking up Nikki from violin finals at eight tonight" Dai laughed, "Yeah plus you already ate your fill big guy!, we have prom stuff to still take care of." Hajimi narrowed his eyes, "What are you trying to say?" "ANYWAYS!, Were gonna let Kimiko go practice dude, bye." Kimiko smiled as she walked past the boys, Dai sighed breathless. Hajimi yelled,"EARTH TO DAI! ANSWER MY QUESTION!", Dai ignored Hajimi as he scanned the prom layout all over again. 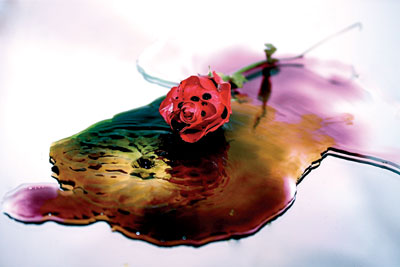 Favorite Quote:
It aint no thang but a chicken wang