The streets of Tokyo crowds were ending into a slow pace, allowing the night to ease on. Nikki was fast asleep while Kimiko was at the wheel admiring her hometown. The lights were bright with colors of red,pink,orange,blue along with tall buildings overpowering trinkit shops containing Hello Kitty chains, buddha bracelets, and of course purses. Bump! "Oh!", Kimiko checked the street in front of her, breaking her train of thought. What the heck was that? Kimiko looked towards Nikki who was drooling at her seat. Nikki... she thought, curling up her nose. Going to Nikki's house was always very short, but a very long way. Every twist direction and turn had to be memorized to know where Nikki's residents lived and surprisingly didn't take Kimiko that long to memorize.Yes! We're here finally! She announced in her private thoughts as she put her right hand blinker on. As she came to a stop, Kimiko took her Nikki's cell and threw it at her arm. "RISE AND SHINE!" she laughed. Nikki adjusted her glasses and checked her watch, "Oh my it's late,past my bedtime!" Nikki opened the car door and ran inside. "No thanks?" Kimiko laughed. As she began to start the ignition, she felt a strange presence touching her arm. Kimiko quickly looked both sides of her. "Hello???" she exclaimed. The flecks in her green eyes grew wide, and her heart began to pound. I should call Dai, he should be up at this time. Kimiko called her car phone and quickly put him on speaker, "Dai?"


The house of the Yangs is a calm and peaceful enviroment, filled with plants, feng shui, and old school mahjong tables.All of the Yangs were fast asleep, and the only the sound was of the running waterful outside near the gate. In a small room,Dai layed on his bed thinking about Kimiko. Dance? , he sighed staring at his star covered ceiling. The moon was set in the midnight sky beaming across his lean body then caught a sheen of an intricate glass case full of soccer tournament trophies. He rubbed his black highlighted hair, staring at the trophies smiling at his success. Beepdabeepbeep,pause,beepdabeepbeep, Dai glanced at his phone thinking it was a call from Hanjimi to brag about his prom date. He rolled his eyes and glanced at the bright blue screen, ?. Kimiko! , he clicked the button and brought the phone to his ear quickly,"Hey whats up?" "Hey Dai, the most super duper freaky thing just happened!!" Kimiko said while driving. "What happened?" Dai said in an alert tone. Kimiko started driving through the empty streets, hesitant of the shadows collecting in the dark. "Like I dunno dude, this shadow just touched my arm while I was dropping off Nikki,I got so scared..." Dai unfocused on her trailing voice while he thought about just being there to confort her at the time being. She was everything to him, his best friend, but he wanted more. "Really?" Dai cruised onto her words again. Kimiko flicked on her late headlights,"Yes, it was super scary, but you know me I can handle anything,haha!" Dai smiled at her laugh, he loved her laugh. "Woah!" Kimiko stepped on the breaks, suddenly a red shadow appeared in the dark with bright red eyes that glared her headlights. Her car swerved and hit the shadow, sending it flying towards a closed store's trash bin. The hit cause Kimiko to lurch back in her seat, and accidently hit her car's wheel. "Kimiko? Kimiko?? Kimiko!!" Dai yelled. He raced downstairs and grabbed his black jacket and car keys and raced towards his car. "Ouch..." Kimiko moaned as she lifted her head. The shadow was taken off, as if a cloak. Kimiko searched his features and touched her head that was aching miserably. "This won't hurt one bit." the shadow said while taking out a sword from his boot belt. 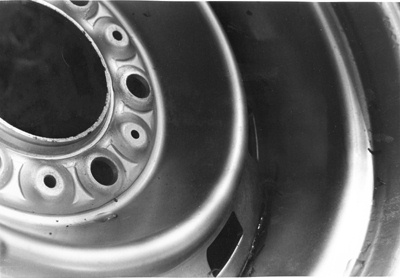