I froze, not breathing. “What do you mean? He looked fine the last time I saw him! HE CAN’T BE DEAD!” I ended up yelling at him, yanking myself from his grip. Tears were streaming down my cheeks, and I felt like throwing up.
“Dakota…” Iggy started, but I interrupted. “NO! HOW DID HE DIE?! WHAT DO YOU GUYS DO TO HIM?!” I screamed, adrenalin rushing through my veins.
“We didn’t do anything!” Max snapped. Anger, hatred, and sadness swirled in her brown eyes making her look like a serial killer. “Then how do you know him?!” I snapped back, walking straight to her, challenging her to fight back. She seemed shocked about this new development, but took the challenge. “None. Of. Your. Business.”
I took another step closer to her, inches from her. I made my eyes glow, hoping to scare her… or at least intimidate her. “I’m making it my ‘Business’.” I said, making my voice sound as lethal as hers. I could tell she was infuriated, but I could also see a lot of pain.
And that’s when I saw a picture behind her… a picture of the flock, with a man. I walked quickly over to the picture and took it off the wall. The man that was in the picture looked very… familiar. But why….
Then it hit me. That man was Jeb Batchelder, Ari’s father.
I spun around to look at the flock, seeing confusion on their faces. They had no idea what was going on…
But I did.
I was both shocked, and horrified. These were the kids that Ari hated. These were the same kids that took his dad away from him, and then he was left behind to fend for himself in that heck hole…
These kids… ruined his life.
“You…” I looked up at Max, my eyes glowing like radio-active embers. “You took Ari’s dad away!” I screamed. “How could you?!” All of them weren’t making eye contact with me; a sure sign of guilt. “How could you take a father away from a three year old boy?”
“We didn’t…” Max whispered, looking up at me. Her eyes no longer looked so angry. “We were all really little, and it didn’t even cross our minds that we left Ari behind.” Angel said sadly. “It was an accident. In the end Max saved his life and in return, Ari gave the rest of his life to save Max.”
I was stunned. I couldn’t believe what I just heard. “So… Ari was in battle when he died?” I asked, tears spilling down my cheeks. “Yeah… I guess.” Max said warily. I chuckled softly, “So he really did get what he wanted…”
‘What do you mean he ‘Got what he wanted’?” Max asked. I looked up at her, and gave a small smile.
“Ari would always tell me that if he died, he was ‘gonna go down fightin’. He would also tell me that you were his greatest adversary; his greatest challenge. You were the one he always talked about, the one he loved.” I paused, and looked straight at Max. She was speechless, as was the rest of the flock (especially Fang).
“He told me a few times,” I continued, “About a girl he had this big crush on, said he wanted her to be his forever. But he also hated ‘said girl’. And because he talked about you so much…” My voice trailed off as I saw a tear run down Max’s cheek. I was confused. She and Ari must’ve been close… -er.
“Am I missing something?” I asked, puzzled. “Ari…” Fang began, sneaking a glance at Max. Who in return, gave Fang a ‘Please don’t’ look.
Ok I’m so lost. How can I freak out properly if I don’t even know what’s going on?
“Ari… is Max’s brother.”
Ok… now I can freak out properly.
“WHAT?!” I shrieked, trying ‘unsuccessfully’ to remain calm. “Ari is Max’s brother.” Fang repeated. ”Jeb is both Max and Ari’s father, but they have different mothers.”
I was speechless. “But… Ari never told me about,”
“He didn’t know.” Max said. “I also didn’t know until about a few hours before he died.”
I turned around, and looked out the window. I felt… lost. I couldn’t believe that this ‘Max’ girl, this girl who didn’t even seem to care, was MY best friend’s sister. Do you know how many times I wished that I could be Ari’s sister? I mean, he was My best friend. My best friend, my lifelong friend, someone who I loved liked a brother. He was dead…
And I didn’t even get to say goodbye… 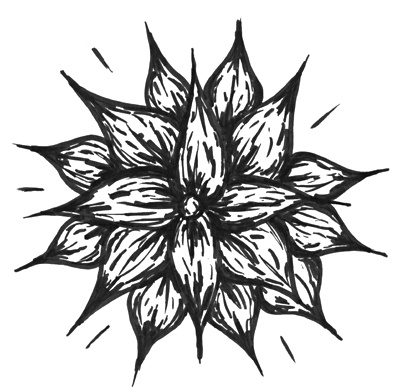 Favorite Quote:
“We are all a little weird and life is a little weird, and when we find someone whose weirdness is compatible with ours, we join up with them and fall in mutual weirdness and call it love.” - Doctor Seuss

Oh, and check  out my Max Ride Fan Fiction PLEASE! Mwhahahahaha! I'm the villian to your superhero, mwhahahahaha. (And you say villian like it's a bad thing!)

Favorite Quote:
"My pen is the barrel of the gun. Remind me which side you should be on."

View profile
This was good.  I love the Maximum Ride series, and this was a good read.  Did you write this before Dylan?  I didn't see him.  xP  Do you think you could read my Max Ride fan fic and tell me what you think?