I can’t say much about my day because I’m a little rushed for time right now. I’m sneaking out of the house to go save someone trapped in some ruins the people here call, the Hexagon. Well, let me start at the beginning…

This morning upon waking up, Ivor, of all people, was waiting at Erinn’s door to talk to me. He dragged me to the corner of the yard to talk because he didn’t want to be heard and told me that his dad didn’t appreciate him as much as he figured he should be appreciated. I felt sympathetic of course, but this was Ivor, so I was slightly skeptical on why he was telling me this.

“You heard about the landslide blocking the pass to the kingdom of Stornaway, right?” he pushily asked. “Well without that pass, we’re pretty cut off from the rest of the world so I was thinking… maybe I could go and clear it for everyone. Ivor the hero! Can’t you see it now? I was gonna ask you to come along because wanderers like you are pretty good in fights against monsters and stuff, right? There will be a lot of monsters on the way.”

How was I supposed to say no? I think he called me tough looking which is a compliment… kinda. Anyways, I said yes partially to help him since I think I’m still a guardian, and partially to see if I could still battle well without my wings. So we set off to this mountain pass which was a ways walk through the forest, with a barely uncovered path leading the way. We did fight a few monsters on the way and my battling hadn’t seemed to be affected by my new mortality, so that gave me a little reassurance.

When we got near the pass, I stopped dead in my tracks. Laying on top of some fallen trees was the engine to the Starflight Express, still shiny but looking very abandoned and broken. ‘I guess I must still have some Celestrian in me if I can still see things like this,’ I speculated.

“What are you starring at weirdo?” Ivor grumbled. “Jeez… you’d think you just saw a ghost, it’s just a couple of fallen trees.”

I couldn’t really think of a reply to that for fear of giving away what I was. So I shook my head softly.

“Well um… I’m gonna go on ahead and check the landslide. You come on when you’re done being a freak,” he rolled his eyes.

After Ivor left, I ran to the door of the train where it was laying and tried to open it but it was locked tight. It didn’t seem like there was much I could do to figure it out at that point so I hurried after Ivor… but I could’ve sworn I saw something shiny and pink fluttering out the corner of my eye as I left.

Dismissing the thought, I caught up to Ivor who was starring dumbfounded at the huge pile of boulders. This was obviously not the little pile of rocks he expected to move.

“Dang it!” he yelled as he kicked a rock. “We’re never gonna move this! What am I supposed to tell my dad?”

I was about to attempt comforting this strange human when we heard voices from the other side of the rock. It turned out to be soldiers from Stornaway who had come to move the landslide. They informed us that it would be clear in a few days and to head back home.

“Well I guess at least I have something to tell Dad…” Ivor grumbled.

“Oh wait!” One of the soldiers called. “Have any of you heard of a girl named Patty?”

We said no and they told us that she’d been missing for a while after trying to come to Angel Falls. They also said that she might’ve gone through the Hexagon, which reminds me, I need to be going soon. To make a long story shorter, we told them we’d spread the word and then headed back home. Ivor’s dad got really mad at him for risking our lives like that, and when Ivor mentioned the news about Patty, Erinn walked in and gasped.

Apparently Erinn’s dad used to know Patty, so when we got back to the house, she kept looking at me shyly like she wanted to ask something and while we were getting ready for bed she finally did.

“I know I shouldn’t ask this… but I heard you handled yourself pretty well out there today. I was wondering if maybe you could try to find…”

She was cut off by her grandfather coming upstairs. “You better not be asking that young girl to go into the Hexagon alone. It’s far too dangerous! There will be no leaving this house tonight. Understood?”

“Yes Grandpa…” Erinn sighed. Now she’s asleep and I know I can do nothing but try to save this Patty girl. It’s my job to protect these people after all, so I guess I’m off. I’ll write about how it goes when I get back. 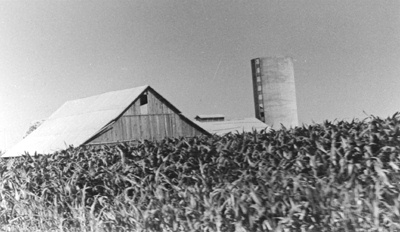