“Stay calm, Prim. Everything’s gonna be okay,” Katniss whispered, kissing her sister’s head protectively. Gale was watching her affectionately nearby, but his eyes stung with worry and anger at the Capitol. Katniss glanced over at him, the same burning illuminating in her own eyes. Her attention turned back to her younger sister. “Your name’s only in their once.”

Prim’s face was red and tear-streaked, but she composed herself once more so when she approached the crowd of children, they wouldn’t mock her for cowardice. Hugging Katniss, she hurries over to assemble in the organised troop of teenagers lined up according to age, eldest at the back, youngest at the front. The boys moved to the opposite side of the girls.

Effie Trinket strutted on stage, fluorescent colours and lipstick lighting up the gloomy district. District 12, to be exact, the mining district. The district where nobody won. Effie’s ridiculously high heels prevented her from walking quickly, but finally she stood on the makeshift stage, beaming down on dozens of terrified children. Her happiness annoyed most in the community – only the Capitol were happy with the annual Hunger Games, and she seemed to be a prime example.

Katniss and Gale exchanged glances, sharing a secret smile as Effie repeated the famous slogan of the Hunger Games in a prim and elated tone: “May the odds be EVER in your favour!” Katniss’s heart flipped over as she thought about how many times Gale’s name was entered in the draw; she despised the thought of increasing the risk of probable death just for a few more scraps of food. But it could not be helped now. At least Gale knows how to hunt, she thought, trying to set her mind at rest.

“Ladies first,” Effie declared, prancing over to the bowl with hundreds of names attached to clean strips of paper. Delving her hand in, she fumbled slightly, attempting to find District 12’s possible winner. Katniss closed her eyes, praying for her own safety and her sister’s.

It was impossible to run after your name’s been called; the crowd parts around you, people staring at you as though you have a contagious virus. Prim’s friends moved away and she walked, in a trance, up to the stage slowly, stumbling slightly. Murmuring began, then a scream from her mother and pitiful glances from other adults. But this cannot be stopped, unless…

Katniss’s knees buckled under grief, knowing she’d already lost her sister. “Not Prim…” she muttered. Feeling Gale’s eyes gazing at her, she turned around, tears pouring down her face. “It should be me… I… I-” She moved to the centre aisle, where the boys and girls were parted. Rushing forward to join Prim, her voice croaked the words “volunteer”, but the tension and pressure were unbearable, causing her to fall down in the dirt.

The last thing she saw was Prim’s scared and desperate expression staring down at her.


“Where is she?” Katniss mumbled, groggy from passing out at the assembly.

“About time,” another voice said.

Disobeying this sensible order, Katniss immediately sat up to find her mother and Gale leaning over her, mopping her brow with concerned looks on their faces.

There’s no answer from the pair.

“She’s gone, Katniss. She’s at the Capitol. You were in and out of consciousness this whole time,” Gale said quietly, slipping her arm around her.

Burying her face in her hands, tears formed, making her palms wet and sticky. “Who was the boy tribute?”

Silence descended on the trio for a few seconds, a gloomy blanket of misery slyly laying down on them, ready to consume their unhappiness.

“When do the Games start?”

Katniss groaned, pulling the thin sheet over her head, only to find Buttercup, Prim’s cat, already claiming the end of the material. Buttercup hissed and stalked off, his mood already worsening with only a few weeks without Prim’s presence and love.


The last countdown begun as the 24 tributes were arranged according to district in their individual podiums. Everyone in every district watched intently, some full of hope, fear or delight.

No, Katniss thought. This isn’t happening.

She looks so little, her pigtails make her look a few years younger.

Could they be so mean to do this to her? To us?

She’s bracing herself now. Does she know I’m watching? Does she realise I should be in her place? I’m the eldest, after all.

I should have volunteered. She would be safe, here, if I had. What would be happening if I volunteered? 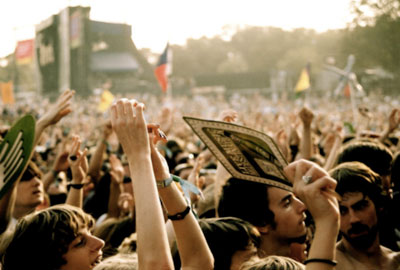 The author's comments:
I love the Hunger Games but I wondered whether the rebellion would have started if Katniss hadn't volunteered. I've left the ending to your imagination. If you haven't read the Hunger Games... a) You might not understand the story and b) GO BUY YOURSELF A COPY RIGHT NOW!
Post a comment
Submit your own

View profile
Wow. When I looked for Hunger Games articles, I sure didn't expect this! Great job! I was absolutely horrified with the dramatic change of events!
LinkinPark12 PLATINUM said...
on Feb. 2 2013 at 9:31 am
LinkinPark12 PLATINUM, Lincolnshire, Other
45 articles 1 photo 198 comments

View profile
Amazing! I'm a total hunger games nerd!!! I think you should write the ending of it!!!