Things in Zoo 1900 were very hectic. For twelve years during this time, three leaders used different ways of uniting zoos. James, the elephant, wanted to help the other animals in different zoos by giving them loans and investing in them. Frank, the mongoose, wanted to help other animals in different zoos by making decisions for them and by teaching them the morals and beliefs of Zoo 1900. Ben, the fox, wanted to have lots of power and control over the small zoos, thus ensuring his zoo was a powerful one and if anyone were to harm his other zoos he would wage war.

Zoo 1500 was a small island off the south coast of Zoo 1900, its protector. It was very different from Zoo 1900 and many other Zoo World powers. It was neither as wealthy as other zoos nor as united. “We should use force on Zoo 1500 and teach them our beliefs and morals,” Frank said, while arguing with other animal leaders on how to help Zoo 1500 and other zoos. All the animal leaders in Zoo 1900 believed that their zoo had the right to help and own all zoos in the Western Hemisphere of Zoo World. “These people do not need to be scared with the use of force! We must invest in these zoos and help them economically. By helping them economically they will become unified and be able to sustain their own economy,” James harshly snapped back! Their bickering was nothing compared to that of the zoos to the east of them. For some reason the eastern zoos were always in a fight. When the quarrel seemed over, Ben stepped in and said, “We could just annex all of the weaker islands in the western hemisphere and make them part of our zoo.” Everyone knew Ben really wanted to take control of the weaker zoos and teach them the “correct” form of government.

As years went on, the fighting went on, but not on Zoo 1500. A different zoo off of the coast of Zoo1900 called Zoo 1600 was causing some major problems. A zoo in Zoo World started to colonize Zoo 1600 and Zoo 1900 was angered. “How dare they colonize Zoo1600! It is part of the western hemisphere land protected by our zoo, Zoo 1900,” said Ben. But, what was Ben’s real intention? “We must fight off the zoo colonizing Zoo 1600 and take it back as our own,” he continued. The colonizing animals soon left Zoo 1600 because they were threatened and attacked by Zoo 1900. Just when Zoo 1600 thought they were free from colonization, a new zoo began to move in. Zoo 1600’s supposed savior was Zoo 1900, but was it so? Ben and Frank used force and made decisions for Zoo 1600. We should help them financially and this will unite them and build a strong economy,” James quarreled. “Why use force when we can use an effective way without force?”

Zoo 1600 grew to hate Zoo 1900 for using force and making decisions for them when they needed help economically and needed to be unified. Zoo 1600 also questioned how Zoo 1900 knew what was best for them.

Sadly, even hundreds of years later, Zoo 1600 continued to hate Zoo 1900 and probably will forever. Zoo 1900 stopped trade with Zoo 1600 and ignored them after they rebelled and became a Zoomunism country. If only the leaders of Zoo 1900 had realized that wisdom is greater than force, this conflict could have been avoided. 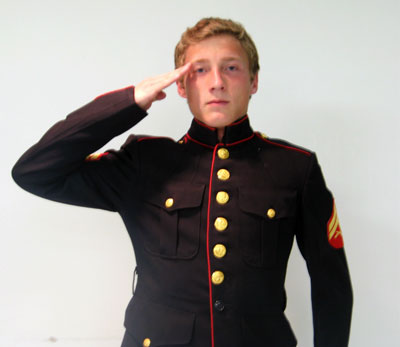 The author's comments:
This was inspired by Animal Farm by George Orwell and it is based on the gilded age during American history with presidents Taft, Wilson, and Roosevelt (Teddy).
Post a comment
Submit your own

Favorite Quote:
Way too many. I have a quotebook on facebook in my notes. It contains quotes from the Bible, myself, and others. ^_^