Spencer Pearson found the strangest thing in my pocket the other day. She was on the bus going home from school when she felt it against her fingers in her pocket. It felt like paper- but thick paper that was slick- so slick it felt sticky. Spencer pulled it out and saw that it was a museum ticket. It was time stamped just the weekend before, April 9th 2010. "Well that's weird," she thought. "I never went to any museum."

She looked closer at the faded words and saw the name of the Museum. Bradford Home- 1934. Spencer shook her head, stuffing the small piece of paper back into her coat pocket. "I can't believe my mom's been using my coat!," she thought. But Spencer's mom wasn't the type to go to a museum, especially on a weekend when she was hosting a dinner at their house. The bus came to a halt and Spencer moved through the crowd of kids, tripping over Jack Wilby's gigantic trombone case. Every time Spencer was walking anywhere it seemed like she tripped over that stupid thing. Jack had been playing it since they were in fifth grade together and from what she could tell from the band concerts she was forced to photograph for journalism, he hadn't gotten much better since then.

She walked a block down to her house- the last one on the right. Big and brick, it stood out as one of the most distinguished houses on the block. Her father had designed it himself and then payed one of the most expensive contractors to build it before her older sister Hannah was born.

Spencer walked around a huge puddle in the middle of the street, trying her best not to ruin her new stockings. The paper was drenched from the afternoon showers and the flowers looked like maybe they&#39d start to sprout up again. She set the paper on the counter inside and grabbed an apple from the fridge. "Anyone home?!," she called. She stopped in the middle of the kitchen and then headed towards the stairs. "Guess not," she mumbled.

She trudged up to her room and tossed her backpack on the bed. She took a bite from her apple, savoring the sweet flavors in her mouth and sat down at my computer. She did her normal routine: check Facebook, and her email- decline the graduation party invite from some popular girl who invited everyone in the school just to make it look like she's friends with everybody. She just about to hit decline when she opened a new tab in Google. She typed in: Bradford Home Museum- 1934. Her cursor hovered over the 'Search' button and she started to chew on the tip of her finger nail. Her mother had always jumped on her as soon as she saw Spencer doing it. It was just a reflex, whenever she was nervous or got that nervous feeling in the pit of her stomach. Without hesitating another second she clicked the daunting button and the screen filled with results.

"10,800,000 results for Bradford Home Museum? You have got to be kidding me," Spencer said aloud. "Google needs to do some serious spring cleaning." She began scrolling through all of them and decided on the first one because it was usually the most legitimate option. She scanned the page and from the looks of it, the house was used in World War II for something. She moved the mouse onto "Pictures of the Bradford Family" and then chose the the family picture. It was black and white and no one was smiling- A mother, father and two kids. She raised her apple to my mouth- it's smooth surface just brushing against her lips when suddenly laid eyes on the young girl. She could hardly breathe as her apple dropped to the ground. It was her.

"What's impossible?" Spencer gasped, slamming her lap top close. Hannah stood in her doorway, her silky brown hair resting on her shoulders and her head cocked to the side. Hannah looked a lot like Spencer, light brown hair, brown eyes, tall. But she was also five years older and pregnant so in that category they were a lot different. Academically wise both were exceptional but Spencer knew she just a little bit better than Hannah, even if her parents thought otherwise.

Spencer tried to calmly and casually tuck a lock of hair behind her ear but she felt like her hands were shaking uncontrollably. "Nothing," she squeaked. "My teacher gave me a A- on one of my homework assignments but the sheet said A+ so..."

"So you're obsessing like usual?," Hannah said rolling her eyes.

"I have a doctor's appointment. Brian can't take off work so Mom's taking me."

Spencer nods slowly. "Okay, well I have homework so I'll see you tonight." Hannah held her withering stare a little longer on Spencer and then made her way downstairs. Spencer let out a deep breath, rolling her chair back to her computer and opening it up again she scrolled through more pictures. Most of them were family pictures or just pictures of the kids. She tried to find at least one picture to prove what she was thinking was wrong, but everyone single one them stared back at her just like a mirror.

Hundreds of pictures later Spencer could feel her blood pressure rising by the second. She closed her computer and grabbed her coat, taking the ticket from the pocket and ripping it into two. She threw them into the garbage can and kicked it as if making sure the tickets were dead inside.

"Done," said to herself. "Everything is fine." But the face of the young girl had been scanned into her mind- never to be forgotten. 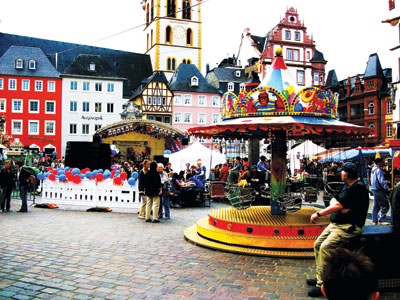 View profile
Thank you! I'm looking forward to expanding this short story soon!
JaneB said...
on Jun. 24 2013 at 6:36 pm
I really enjoyed this story. You kept me captivated the whole time! Ahhh! I'm left wondering... this story kinda reminds me of a Twilight Zone episode. It was a freaky one but... yeah. Keep writing!