Any way you looked at it, pink was a terrible color.

This fact was brought to startling clarity for Rosie Burnette as she rubbed her uneven fingers back and forth over the pink slip she held, scratching its surface with a sound like sandpaper. Her bandanna itched against her matted hair uncomfortably. Irritated, she tore it off her head, letting loose, wiry strands of copper-brown to settle by her beading neck.

The paper blushed apologetically, unable to deliver any better news. Biting her lip, Rosie stuffed it into her overall pocket with its envelope and hurried on. To her the streets were seeping and sick, still plagued by the sticky remnants of warfare. The people cheered on, however, unwilling to let the somber conditions dampen their spirits. So it was left to Rosie to be enveloped in the depression of wartime poverty, heart draining as celebration was flung her way. Every house was lit, glowing with pride and candles, their occupants out on the streets with bottles of champagne pouring fountains of froth. She jostled her way through the crowds, as thick as the war-sickness itself, as they roared together.

Rosie slammed the door shut and stormed into her darkened house. She rubbed her cracked fingertips over her face wearily.

After all she had done, she was fired. She blew out a tired breath and looked at her hands once more; they were yellowed with chemicals and labor: skin dry, palms itchy, knuckles rough. Her hands, which had fed the machine, which had fed the revolution, so they'd said.

And all those hours, feeling like something, anything, for once, were all for naught when the men came home. She was just as useless as before, a cheap tool discarded. She gave a weak laugh: in all her years, she'd never thought she would be sorry to see the war go. But go it would, and along with it, her livelihood. This realization struck her dumb once more, and the corners of her mouth withdrew into a thin line. She dragged her hands over her eyes and then let them rest at her sides, surveying the room. On the table across from her was a note, yellowing much like herself. Her daughter must have left it out. She reached out to take it, reading the heavily-printed black ink again:

The Secretary of War asks that I assure you of his deep sympathy in the loss of your husband Staff Sergeant Harry G. Burnette. Report received states he died as a result of--

She stopped reading and tossed it aside.

WESTERN UNION, the bold print heading of the letter countered. She held her face in her hands and shuddered.

After a while, she hesitantly picked up the letter again, resolving to put it away.

Have to keep this from Lydie, she thought with a sigh; if allowed, the girl would do nothing but stare at it for hours. Not that she wouldn't be doing the same exact thing if there wasn't so much work to be done. At the thought of work her body slumped again. Rosie itched her scalp with her left hand, using the right to dig into her pocket for the slip. She put it on the table and fished out the envelope it came in. Slowly, she pulled out a couple bills. Her final wages. She sighed and set them down on the table, turning over the envelope. The address had smeared in her pocket. She cursed softly, hoping the ink hadn't gotten onto her hands (and then on her face, where she had rubbed them), then laughed at her timid swear; in the factory she'd cussed at anything from a wire to a stray hair, but in her own home it just felt...wrong, somehow, like she wasn't at liberty to speak so freely. Rosie had been the model housewife before the war, in fact, the one that made apple pies in long, floral skirts and aprons. But once again, death had changed them all, countering killing with more killing and filling their factories with women like her. But now Rosie was just one of a long line of rejections, tossed aside unwillingly. She could be a housewife again, they said. But she didn't want to be one anymore. She wanted to feel useful, powerful, even.

She bit her lip, hard.

Now who would pay for the house? the clothes? The food? Oh God, and Lydie...

As if hearing her name, Lydie Burnette glided into the room, as pale and sullen as a ghost. Her collar was stained, the white lace underneath nearly unrecognizable, and her silver dress had faded to a morose gray. Her hair hung limp by her shoulders, all the color squeezed out of it. Now it was an almost translucent white-blonde, like a bleach stain. She drifted aimlessly to the window, then back to Rosie again, repeating this cycle indefinitely. Rosie watched her unhappily, but said nothing; the pull to join her daughter was too strong. She eyed the table carefully, reaching over to pick up the pink slip and put it in her pocket. Hearing the motion, Lydie's eyes rose to meet her mother's, as slowly and dramatically as a movie villain's. But where a villain's eyes were hardened, hers had become soft and blank, a faded blue that Rosie did not recognize. She missed when they used to burn like hers.

Everything was getting burnt out these days.

Rosie steeled herself as her daughter opened her wide, chasmic mouth to speak. Inside was only black and dark (not the same things, but close).

"You haven't made it yet, Dee," Rosie told her lightly, biting her lip again.

"But..." Lydie frowned in confusion. "Papa said we were gonna make one."

"Yeah, he said that," Rosie said softly. Her lip was numb now.

"He's not here anymore," Rosie said, complementing her daughter's voice in volume. Her teeth suddenly punctured her soft lip and blood welled up.

Lydie stamped her foot, reverting to a childish state in her fury. "Where'd he go?"

She would not cry.

She would not cry.

"He said we were gonna make it together," Lydie insisted, picking up the aging letter before Rosie could grab it, "see?" she waved it in her mother's face. Rosie leaped for it, but this only fueled Lydie's savage triumph. "See?" she cried.

"HE SAID SO!" Lydie screamed. Her eyes were finally burning, but in a way that scared Rosie; in its fires she saw nothing but her daughter's hatred.

Rosie gasped suddenly, overcome with emotion. Unable to contain herself, she hurriedly walked out of the room. Lydie made no effort to call her back, but still Rosie turned to look at her.

In the doorway's frame, a portrait of a foreign girl sat at the table, rubbing circles into the letter absently, waiting for her father.

With no other place to go, Rosie went to the one she knew best: the kitchen.

She took a seat in a rickety chair, borrowed from some relatives years ago. The kitchen itself was cluttered and cramped, the very meaning of claustrophobia. But she was long past looking at the lonely spatulas and meticulously (albeit uselessly) scraped-clean stovetop-- she was looking out the window, at a view that never changed, yet never looked quite the same. The glass was now clouded with dirt and age, but she could still see the outside. Two dots chased each other and spiraled downward, floating back into the air to dive at one another once more. The birds were dancing. She smiled at the waltz, letting her eye wander past them to the green splashes of the tree line, right above the sky's. Almost instantly she relaxed.

A tinge of pride blossomed inside her, spreading its effect outward like a ripple in the water's fabric. This green, beautiful earth was alive, its heart beating with the thrum of the trees' and the stutter of the birds', because she had taken off her apron and her floral dress (and her smile).

As it grew dark, the houses faded out, then burst into new light as celebrations echoed across the neighborhood. The war was over. Finally.

But was that good or bad?

She looked back at her hands--so yellow, so crusted with hardship--with utter hopelessness once again. My life is over, she thought. Her job, her husband, her daughter, her life. Her face took refuge in her hands again. Am I like the ostrich? she wondered, thinking of the age-old fact with some lunacy. Yes. Like the ostrich, burying its head in the sand. She gave a small laugh. Then she was silent for a while, listening for Lydie's breathing next door. Something shuffled and the door creaked open, slamming itself shut. Rosie gave a tired huff of air.

After a while, she let her fingers split apart. Her eyes peeked through the cracks.

The floor was glowing yellow.

It did not go away.

She opened her eyes fully and saw that what she had thought to be a particularly bright patch of light was in fact a bouquet. Curiously, she lifted it up and examined it. She recognized the pale green stem of a flower on each of them, but their identity was otherwise a mystery to her; at the end of each stem was a small puff of lemony yellow, its strands forming a perfect sphere much like a dandelion would. But it was somehow more majestic than any common plant, and certainly not a weed (or so she thought). She felt a feathery sensation on her hand. She looked down to see a small note attached to the bouquet.

You are a fighter, perhaps more than a soldier could ever be. When your country needed you, you were there on the front lines, ready to work for a living, daughter, widow, and all. Your fight has begun now, and it will never end. But you are strong. And one day, you will be even stronger. There is nothing on this earth that can stop a mind and will like yours, and that is what makes you a true soldier.

Thank you for your service.

Rosie let the note dangle from its string thoughtfully.

Thank you for your service.

She closed her eyes softly, a smile creasing her papery face. When she opened them again, the window had changed once more. The stars were waging wars in the dark.

Slowly, she stood, pale and flawless in the sliver of moonlight falling into the room, facing the window. 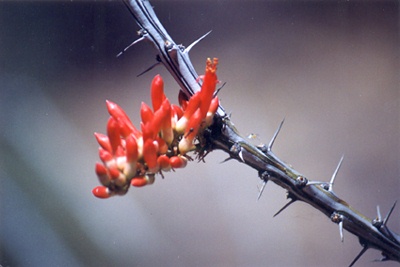 Inspired by Rosie the Riveter and all the women who worked in WWII.