For five weeks, John had been waiting

For an opportunity to babysit.

And what better way is there to earn money

Than doing what you want while a baby sleeps?

After school that Friday,

John stopped by at the Dunn’s house

For his shift that began at six P.M.

As he stepped through the front door.

“Where are you going tonight?”

“I am meeting some friends in the city tonight

To hang out,” replied Mrs. Dunn

“Expect me to be back home around midnight.”

As they walked into the living room,

But I am sure you can handle him.

You have quite the reputation,

I have heard,” said Mrs. Dunn with a smile.

John smiled back, but his was merely a facade.

As Nathan’s mother walked out the door,

John thought of all the fun things he could do.

And then his friend Jack called.

“Are you free yet?” asked Jack.

“Do you want to go hang out at the mall?”

“Meet me there in twenty minutes.”

When John hung up the phone,

He quickly got out the stroller

And placed Nathan and the carriage in the car.

Then he drove off.

A half-hour later they were walking around the mall,

Looking at all the cool shops they could go into.

To which John quickly agreed.

It was only after they had checked out

When John had noticed his tragic mistake:

When John found a shirt to try on,

He was thinking of handing Nathan over to Jack,

But Jack was in the restroom.

Not knowing what to do,

And told him to stay put,

But Nathan, being a smart baby,

Escaped from his stroller.

Knowing that he would be severely punished

If he had lost Nathan,

And told Jack to help him search the mall.

However, at that moment,

His worst nightmare became a reality:

“I just called to check on Nathan.

Also, it turns out that the restaurant I went to eat at

Had to close early,

So I will probably be home within thirty minutes.

Please put Nathan to sleep now if he is not already”.

Now ready to have a mental breakdown.

“Have a safe drive home,” he concluded,

And with that, the call was abruptly ended.

It must have been around two hours

And a whole team of mall security on segways

For the doomed high-schoolers to find Nathan.

When the toddler finally did show up,

He was playing in the ball pit with his stuffed animal,

And a swell of relief rushed over John.

“Come on, Nathan, we have to get home,

The next time I see you,

It will be when I’m delivering

Strapped him into the stroller,

As his car pulled up the dirt-marred driveway,

John knew he was a dead man.

Almost abruptly, he stopped the car,

Put it in park, and pushed the baby

Up to the front door.

The front door opened to a weary-eyed

“WHERE WERE YOU?! WHAT DID YOU

“DO YOU KNOW THAT I COULD CALL

THE POLICE ON YOU FOR KIDNAPPING?!”

“ONCE YOUR PARENTS AND THE POLICE FIND OUT,

John knew he was dead meat,

And he was right. 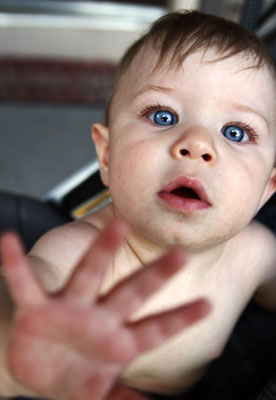 “The Disastrous Game” conveys that irresponsible people should not be trusted, because their untrustworthiness might lead to detrimental outcomes in a given situation.