I woke up to my mother singing happy birthday over my head, with my brother and sister going along, all of them equally excited. I groaned and sat up, accepting gifts into my arms. I gave my thanks, and asked if I could open them after a few more hours of much-needed sleep.I was told to start opening, or else. I did not want to disappoint my brother, who was my best friend. He was not a very healthy child; at six years old, his medical file was the size of a ninety year old man's. He was looking anxiously at me, trying to study my reactions before I even started.

I unwrapped my mother's gift, without any surprise whatsoever when I saw what was inside: several gift cards to my favorite stores. I knew what it meant; she wanted me gone for a few hours. I confirmed my hypothesis when she informed me that tomorrow afternoon would be good; the kids would be at our grandmother's house.

Although my six year old brother and four year old sister could not see through the lines, I, at 16, could see that this time would be spent with the man she was having an affair with. I recalled going home early one day and seeing a Ferrari parked in the small drive way. When I looked through the window, I could see them kissing. I ran back to school.

Anyhow, I opened my little sister's gift next. She gave me a lovely new pair of floral flats, which I was happy to receive.

I noticed that my brother looked nervous; I asked him to sit on my lap while I open his gift. A tear spilled down his cheek.

"What's wrong, sweetheart?" I whispered, pulling him into my lap.

"I'm afraid you will not like my gift; I didn't buy it." he said lowly.

I slowly tore the wrapping paper from the large cube my brother had given me. My eyes became wet with moisture when I saw what it was.

My brother had given me a box that I had given to him months earlier. I told him to fill it with happy things; pictures from vacations, letters, and small, random items that reminded him of daddy.

My brother had been unable to cope with the death of our father, caused by an unfortunate car crash. I gave him this idea, hoping to give him some inner peace.

I opened the box to find a picture of a family vacation we took in New Jersey; a magnet that our father loved because it reminded him of his fishing days; some bits of plastic popcorn, because it was his favorite food; and letters that our father wrote to all three of us children about life and being happy whenever we were going through rough times. There was also a cross, which symbolized our father's love of God.

I held my brother in my arms with tears of both joy and sadness. I missed my father, but at the same time, I was so touched that my brother would do such a thing. It was such a bittersweet moment.

He responded with a smile, a hug and a few tears. My brother made my birthday truly special. 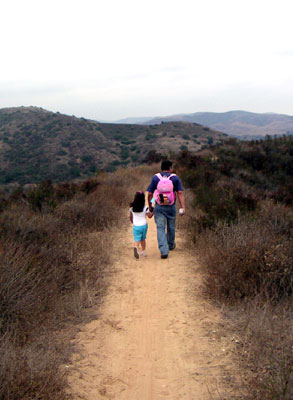