I knew Tommy was unique the moment he walked into my classroom that Wednesday morning. Getting a new student is always an interesting ordeal. The other students, already in their seats, looked Tommy up and down. He stood his ground, even though his entire body betrayed his apprehension. He stood there, eyes flicking back and forth. His collar was askew, and his Spiderman lunch box was dented and scratched.

He looked up at me, back to the class, then up to me again.

“Thomas,” he said in a soft voice.

“Well, his mother has been arrested. Solicitation, I’ve been told. So we took Thomas into our custody. You see, he has no other known relatives, so he’s been enrolled into foster care. So I needed his records to transfer to his new school. And if he gets adopted, I’d need it for that as well.”
I was shocked. I mailed the information to Mrs. Andrews, then spent the rest of the day in a daze. Poor Tommy. I thought to myself over and over, Who could go through something like that? At such a young age, no less? Life just wasn’t fair.
When I walked into our house, Mike met me in the living room. We had plans to go out that night. “Hey honey,” he said with a kiss. “How was your day?”
I didn’t even really hear him, my mind was so consumed with thoughts of Tommy. “Sit down, Mike,” I said. “We need to talk.”
“Is something wrong?”
“You know how we cant seem to conceive?”
He knew all too well. It pained him deeply that we couldn’t have a child of our own. He wanted a baby as much, maybe sometimes more, than I did. “Did you get the test results back?” he asked, looking nervous. “Is it medical?”
“No, no. It’s not that.”
“Then what is it?”
I looked down at my hands and fidgeted. I bit my lip. I didn’t know how he would react.
“What if we,” I looked up to meet his gaze. “What if we adopted?” 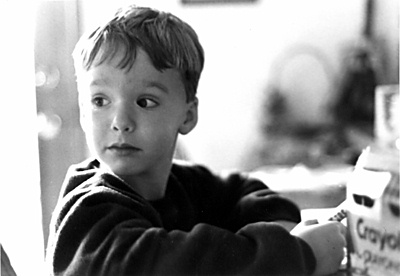 Favorite Quote:
\"Shoot for the moon; even if you miss you\'ll land among the stars.\"

A hue darker than Matilda!  I loved the book and movie in 3rd grade and I love this now!

I loved it (obviously)!