The Fear of Being Alive | Teen Ink

The Fear of Being Alive

Pieces of the sky tumbled down, shattering into bits of ash-streaked glass, cracking like the gunfire, like the mud-encrusted boots that trampled over the rotting flesh of the earth. The sheer screams dripped, dribbling down forgotten faces and crawling across weathered gravestones.
Would anyone come and visit mine?
Probably not. Maybe Dante if he survived this. Maybe.
Red seeped through my pale fingers. Red. Red. Red. And the red, it clung to my withered nerves, like Christmas ornaments on a dying pine tree, another Christmas that I would never celebrate.
…What a pity.
I smiled through ripped stitched lips. Who would’ve ever thought that they would have kept an unstable doctor like me that became absolutely terrified of blood after only a week in this hateful war?
But then again, they had no choice. Most of the other doctors had already fled.
Fled from this--------
***
“Hell,” Dante calmly said out loud, lighting his cigarette before dropping the lighter back into one of his bulging coat pockets.
“Like your namesake,” I said. “Dante Alighieri and Virgil, they venture into the depths of Hell.”
He exhaled and smoke obscured his face. “Oh? Do they make it outta there?”
“Yes…. They escape from Hell and journey together through Purgatory. There, Dante is guided by his love, Beatrice, into Heaven.”
“Must be nice. Happy endings, I mean. Right, Doctor?”
“Mn.” I flicked his cigarette. “Smoking’s detrimental to your health.”
Dante only grinned before reaching into another pocket and pulling a pack of cards. “Who’ll win B.S this time?”
“Naturally, me.”
“Oy, don’t say that like you’re expecting me to lose!”
Only the long, cold December nights of B.S kept us sane. Oh, the irony. It was our inside joke.
…
“Two Aces.”
I simply looked at Dante. Scars streaked his face but whenever he smiled, his entire face lit up like the Christmas light shows, when in the silent dark, bright, colorful lights flickered on.
“B.S.”
Dante swore so gustily that even I cringed. Grumbling, he scooped up the cards.
I fought to maintain my composed expression. “Dante?”
“What?”
“You’re a terrible liar.”
“Shaddap.”
Those beautiful, long, cold December nights kept us sane.
Kept us from losing to the coppery crimson that stained the edges of letters, from the howls torn from shot lungs, from the mountain of pale corpses built from fathers, uncles, brothers, and sons.
But we…I knew that this time, there would be no Virgil to guide---
***
Us. We.
Small words that made all the difference….Or to me. To all the lonely people out there.
The world was so big, yet it was the little things, wasn’t it?
Little things like watching all the other kids clambering over the monkey bars and the slides, wondering if maybe, just maybe, someday one of them would turn around with a smile and say, “C’mon, what are ya doing, sitting there all alone? Let’s go!” Like going on those science field trips, and everyone was talking loudly, but me, who sat there, hunched over a book that’d take me anywhere but here. Like the dust that kept getting into my eyes and the sad fact that no one would really care if I died in a hole the next day.
Strange, how as I registered for this war, a thought flitted across, a little thought that wondered whether anyone would miss me.
But then, there was Dante. An idiot, but the most amazing idiot.
…I would miss him if I died.
Would it be ridiculous of me to say that even this hell, I would want to------
***
Remember. Once, I had a nightmare.
I was in front of ivied gates and the air was clear, fresh, breathable. From behind the gates, I could hear quiet whispers and the promise of spring.
So I slipped past the gates.
And found myself in a lush garden. Roses everywhere, silken petals glowing in the sunlight, wreathed with a sweet scent.
It was so…so beautiful. But why were alarm bells ringing?
I cautiously bent down to lift up one of the roses. The thorny stem pricked my fingers and the flower floated into my palms.
Thump. Thump. Thump. What was that?
All the petals faded away, revealing a lumpy, misshapen interior. That went thump, thump, thump as it throbbed. Glistening, veins pulsed and suddenly, my hands were soaked in red.
It was a heart. A real, beating heart that had been ripped out of a once breathing body.
And then, it was screaming, writhing as I dropped it, and there was blood, choking me, smearing my vision with red, its horrible screaming echoing.
I was supposed to be a doctor. I was supposed to save lives, sigh in relief as slack faces blinked and limp hands twitched and there was still a soul inside that body. I was supposed to keep to the never-said promise to all those families that I would bring their loved ones home again.
…Everyone was supposed to come home and celebrate Christmas together. There’d be shiny ripped paper, and delighted laughter and windows would leak with cozy, candlelit warmth and it’d be a Kodak moment, preserving that timely happiness.
Instead, I only watched as the heart burst and splattered everywhere, drenching me in---
***
Red.
My trembling hand clamped over my side, I shakily breathed in war.
I was going to die. I was dying. I would be dead.
Yes, I was afraid of blood, afraid of the proof that I was alive…afraid of living. But I no longer wanted to die. I didn’t want to die, I wanted to live. I wanted to live to see the next Christmas, the joyous caroling and the glowing lights and all the happy families together and have strangers wish me a “Merry Christmas” and play B.S with Dante once this war was over.
Curse this fate, must I…must I die….alone? 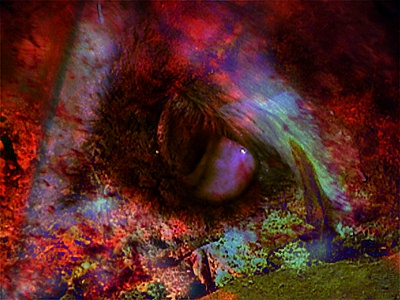