I felt bad when she was over, though. Like I was constantly intruding. Like this wasn’t my place. Even though it was more my place than hers. She was more the intruder than I was. But he loved her. Or so he said. He’ll move on, I kept thinking to myself, but he never did. It was for the best, I guess. She was better than all the rest, I must admit.


“I’m coming down,” I announced and stepped down the tiled steps to reveal them in, more than likely, completely different positions than what they had been in just moments before.


He eyed me oddly, trying to look as casual as possible. He nonchalantly glanced at her and she was smiling, trying to look more casual than she could take credit for. They were watching TV. Well, the TV was on. Props couldn’t fool me. They never had before.

She wanted me to like her; I could tell. She always acted especially nice to me, trying to make conversation I could live without. She was there to see him, not me. It didn’t matter to me what she thought of me, so why should my opinion matter to her? It did all the same. She shouldn’t have taken it personally, though. I’m not one to like many people.

I prefer solidarity, though I can keep my secrets better than they can. I smile at how little they know about me. The innocent little sister they expected.

“We can’t,” I barely heard her whisper.

“Real quick,” he urged. I could hear the springs reveal his movement.

I swallowed, feeling dirty, and tried to focus on the shirt I had gone downstairs to find. I couldn’t help but listen when they were so close to me. I wanted to shout out to them, like I had before. Like I had at his birthday. Everyone had turned to stare, but she had changed the subject before they saw me turn red. She had understood my discomfort, and took pity on me despite my attempt at exposing them. Maybe that, too, was an attempt to get me to like her. It was pathetic. Sweet in some creepy sense, but pathetic nonetheless.

I walked back up the steps, counting the seconds until he would forget how much he was afraid of her. 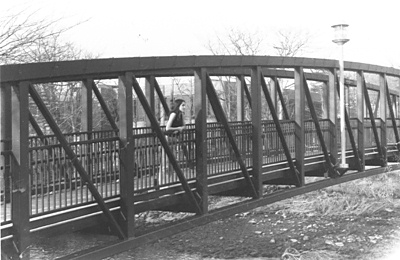 Jacqueline SILVER said...
on Jun. 22 2009 at 2:42 am
Jacqueline SILVER, Dayton, Ohio
7 articles 12 photos 8 comments
View profile
Oh, I love it. Especially because I have been the little sister in this kind of situation. It's so true, I can't help but like the girlfriend a bit, but I still feel threatened sometimes.

I think you could change a few of the sentences in the second paragraph in particular to not have same sentence structure, a main clause with a second, independant clause tacked on using a comma, so many times.

Favorite Quote:
"We've got this gift of love, but love is like a precious plant. You can't just accept it and leave it in a cupboard or just think it's going to get on by itself. You've got to keep watering it. You've got to really look after it and nurture it." - John Lennon

View profile
nia i love you and i love this poem :)

View profile
Thanks for the comment! I've been trying to pay attention to the length of my lines in my most recent work so that it flows better.
Madison_R said...
on Apr. 27 2009 at 2:02 am
Madison_R, Carrollton, Texas
0 articles 3 photos 56 comments
View profile
Wow! I love this. It's not often you find amazing stories on the RAW site, but I definitely hit the bull's eye with this one. It's so simplistic, but very deep as well. I'm jealous of your ability to write like that. The only thing I would work on are the choppy sentences in the first few paragraphs. I understand why you're using them, but you have a few too many, and it starts to detract fromt the story when there are alot. My suggestions is to combine some of the fragments, but leave some, too. Anyways, great job!