When we met yesterday, I felt compelled to talk to you. I decided I should write to you from now on. I know you left for Baltimore on that plane early this morning. I remember you giving me your address and I've been missing you.

If you don't want to write back it's alright. I just wanted to write to you. You wouldn't give me your phone number even though your voice would be nice to hear your again. I might have came on to strong the other day, but I hope you forgive me and we become friends.

For some reason, I feel like I'm a child again and you're my pen pal. Did you ever have a pen pal? I don't think the kids now-a-days have pen pals. I'm getting old. Don't you ever feel depressed when your realize time goes by so fast?

I just hope time goes by fast and maybe I'll see you soon enough. We probably won't be able to see each other anytime soon. I'm all the way over in Washington, and there you are, in Baltimore. I must be going now. I hope your flight was alright and you're safe. If you never receive this, my feelings for you might fade over time. Goodbye for now, Kaylee.


I just received your letter as soon as I got home. I was wondering if anything would be there and, poof! There's your letter. I was expecting to hear from you so soon!

I do remember pen pals and I'm not sure, either, if the kids now have them. Writing to you reminds me of the good old days. Now everything is sent in email or they just “text” each other. I still like the old-fashioned letter!

It is kind of sad how time flies and how each minute we're getting older, but you won't have fun if you think that way, Aaron! Let's just live in now, as the zen say. Have you ever read a book called Zen for Idiots? Well, I have! Isn't that strange?

Even though we are on the other side of the country, I hope someday our paths might cross. Fate will tell us if that time comes and if it doesn't. I have to say I miss chatting with you also.

My flight was okay, but the children were screaming so loud! I didn't say anything though. They had these pretzels that I kept eating. They were kind of stale and brittle, but everything else was horrible. I wonder what first class is like...

Well, I have to go unpack my things. Please write to me soon as you get the chance. I'll write to you soon.

I received your letter yesterday, but didn't have the time to write back. The job's been tough lately as the economy has been sky rocketing down. It's sad how people are losing their jobs and having a tough time supporting their families.

It's funny how I sound way older than I am. Us talking about pen pals and the good-old days...I really am 25 though. I sound like a 50 year old man.

I'm sorry to hear about your flight. Those pretzels sound disgusting and I wouldn't want to try the rest of the food either! I hear it's hard to cook up on a plane. I hope the next flight you ever go on is better.

I'll have to go to Barnes & Noble sometime and find that book. It sounds pretty interesting if I do say so myself. Zen for Idiots. I kind of chuckled to myself. I hope you're really not an idiot!

I better get going now! Dinner won't be made if I don't get up off my sorry butt. I hope I'll write to you soon and get another wonderful letter from you. Write to you later!


I went out to my mailbox this morning and to my surprise, there was yet another letter from my beloved pen pal! It's nice to hear from you again!

I realized too that I'm sounding a little bit older than I really am. Me being 26 and all. I've begun to notice that I really am missing you lately. I've been yearning to hear your voice so here's my number: 231-667-8975.

Call me soon and this yearning will fade. Barnes & Noble does have the best books I have to admit! I get most of my books at the local mall there. I and I hope I'm not an idiot, either! You'll have to find out for yourself!

I hope your dinner was wonderful, but I must be going to make mine! A normal old TV dinner. Do you remember the TV dinners when we were young? I used to eat them all the time! Write to you later, Aaron. 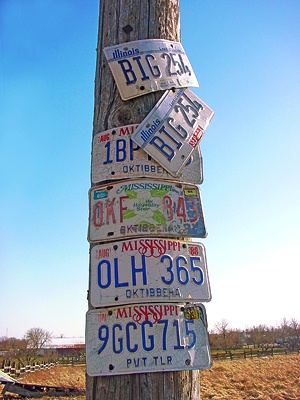 The author's comments:
I was reading some stuff on here and my pal inspiration hit me! I agreed with my pal and started to write. I am writing another book also, called P.C.P standing for Popularity Comes at a Price, and I might post that soon. I've been getting in to romantic things now and not as much the scary things I used to write! Hope you like it1
Post a comment
Submit your own

View profile
i certainly hope there are more parts, because this seems amature in the way it just skims the surface. in part two, i suggest adding a little something to add mystery or romance or just something interesting. this was kinda boring, but still good.