We came home to our little Rockwood two days after I had been in the hospital. Our lives all pretty much returned to normal, the only change was that me & Tony’s relationship was getting stronger & stronger each beautiful summer day. I knew school would start in less than a month, and our summer would be over. The thought killed me, but I brushed it away telling myself that our love would last WAY longer than just 3 months. We spent our days in our little group, double dating with Rob & LuLu at night. We were dangling our feet carelessly over Dana’s lake, watching some kids play ‘Chicken’ in the water. LuLu & Tony were having an intense conversation about horror movies while me & Rob just laughed.
“The POLTERGIEST?! What kind of horror flick is THAT?!” LuLu argued
“Come on! It’s a classic! You know, “They’re coming……” and stuff like that!” retorted Tony.
“Rob, dearest, what’s the best horror movie ever?” LuLu’s eyes turned to a sad pout that could make the coldest of hearts melt.
“Paranormal Activity, of course!” Rob answered immediately to be rewarded with a huge kiss from LuLu.
“Summer, dearest, what’s the REAL best horror movie ever?” Tony said in a mockery of LuLu’s pleading voice.
“Ummmm…..well……” I blushed bright red. I have never seen a horror movie in my entire life, never gone NEAR a haunted house, and if a house was decorated too scary on Halloween, I wouldn’t go within 3 feet of it.
“I’ve never watched a scary movie.” I admitted. It was all the spark LuLu needed for her next plan.
“OMG!!!! Tony, you HAVE to watch the scariest movie of all-time with her!!!! It’ll be SOOOO romantic!!!! A dark basement, boyfriend & girlfriend snuggled up when…..’BOOOO!’” LuLu screamed out suddenly causing me to nearly fall off Tony’s lap.
“But, I-“
“Perfect”, LuLu smiled, “Its all settled than.”
****
I’d been to the Devitos house countless times over the years, but I never felt this nervous. Tony was putting in some old movie he said was the scariest he owned. Great, just great I thought as he returned to the coach. The movie began, and I nearly had a heart attack when I saw the name; The Exercist my dad had once told me that it was the scariest movie he’d ever seen in his entire life. I shrunk back into the coach, thanking God that at least Tony was there with his arms around me. I got through most of it, and began to feel more confident. Suddenly, it was very quiet in the movie, the basement lights were all off, and the door locked and yet I felt chills all over me. Just relax Summer I thought Just-
“BOOOOOOOOOOOOO!!!!!!”
“AAAAAAAAAAHHHHHHHHHHHHAAAAAAAAAHHHHHHHHH!!!!!!!!!!” Me & Tony screamed jumping off the coach and holding each other on the ground. LuLu & Sylvia were cracking up as they turned the lights back on. We screamed at them for about 15 staright minutes before we all were laughing. We turned the movie off, to my realif.
“It’s a shame, Summer. That part was definaitly the scariest.” LuLu remarked.
“Nah, theres definaitly scarier stuff in real life.” Sylvia said taking a fistful of popcorn.

Nobody could’ve known than how right she was. 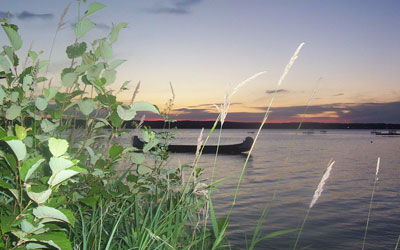 The author's comments:
Kindof a pointless chapter, but I just thought it was a cute moment for the real Summer & Tony. I'm DYING to tell you how it ends, but I won't. Thank you again for all the comments! They make writing here so much fun! Enjoy
Post a comment
Submit your own