I Want To Hear You Say It | Teen Ink

I Want To Hear You Say It

Crystal sat at her computer screen, frozen. Her friend, Joshua, who she was talking with on Chat Box, had just come from asking her who she liked. Crystal sat with her best friend, Alexandra, wondering what she could possibly say, knowing that he was the guy she liked.

"Hint at it." suggested Alexandra

So she typed into Chat Box:
"You know him."

And he replied:
"I know everybody; that information barely narrows my list."

Crystal looked at Alexandra, who was wearing a devilish grin on her face. Clearly, something was going on, because when Alexandra wore that grin, she had done something. Usually, it was something stupid.

"What is going on?" asked Crystal, turning to meet Alexandra's eyes.

"Then why the hell am I having this conversation with him if he knows?" demanded Crystal angrily. She hated it when Alexandra pulled such childish stunts on her. It was bothersome.

Without replying to Crystal's demand, Alexandra took her cell phone from her pocket, and sent a text message to Joshua.

"Ask him why he wants me to say that it's him if he already knows." Said Crystal, as she stared at the screen, still trying to find an answer.

Alexandra typed that in, and almost instantly, he answered,
"Because I want to hear her say it herself. You're not with her, are you?"

"Lie. Tell him your not with me, and ask him if he likes me." Instructed Crystal.
So Alexandra sent him a message, following Crystal's instructions. For Crystal, the seconds it took for him to reply felt like hours. She was sweating, biting her nails, and fidgeting. The phone vibrated.

Alexandra read the message to herself, smiled, and flashed the screen to Crystal.

"Yes, of course I like her back!" read Crystal out loud. At first, she dropped her jaw. Then, the giggling and squealing started.

Crystal put her own little devilish grin on her face and typed in,
"Do you like me, Joshua?"

"I know. Alexandra told me." she replied.

"Then why did you ask?" asked Joshua.

Alexandra giggled because she knew her best friend well enough to know exactly what she was going to answer. Crystal laughed as she typed in,
"Because I wanted to hear you say it." 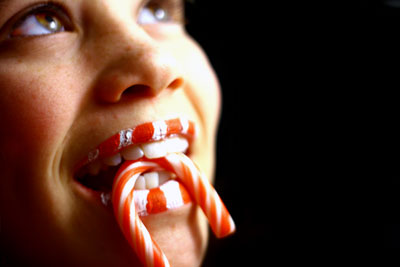