She looked into James’ eyes “You know they’ll find us! We cannot keep doing this!” A tear leaked down Claire’s face as she sobbed and looked at him.
James was propped down on one knee. “Marry me Claire Grace,” He whispered his voice cracking.
As soon as the words were out of his mouth out of the darkness charged two large, beefy men brandishing clubs and guns. They seemed ready to kill.

Delany awoke with a start, gasping and sat up trying to remember her dream. She looked around at her unfamiliar surroundings and then everything came flooding back to her. Oh, right... Delany Grace had been having a perfectly normal school year until her mom said she wasn’t normal and that Delany couldn’t be human. That was right before her mother had tried to kill her. Then her mother said that Delany would have to move out, and now she was sitting staring at the colorful wall of her fathers house in Verona, Italy. A lone tear dribbled down her face before Delany wiped it away harshly.

Delany slid out from under the humid sheet that was draped over her and stumbled to her bathroom. After showering for a good half hour, she got out abandoning her attempt to remember her dream. After dressing in a flowery sundress, braiding her long, brown hair down her back, and slipping on a pair of sandals, she was ready to go. Mumbling a good bye to her father, Delany grabbed some money and made an escape to the busy street.

She ambled down the cobble stone street and into a bustling cafe where she waited patiently in line.
“Posso avere un cappuccino ed Emporio Rulli per favore? Grazie” She called to the barista.

After receiving a cappuccino and a Emporio Rulli, she left the crowded cafe, and sat under a large pink umbrella and took a bite of her breakfast. The sweet sugar exploded on her taste buds and she smiled happily. Then Delany looked interestedly at her cappuccino, there was a flower designed on the foam and took a tentative sip. It was delicious, and her “vacation” was off to a great start. Delany silently cheered herself for taking three and a half years of italian.

After finishing her breakfast, Delany decided to visit a couple tourist attractions. First stop, Juliet Capulet’s home. She decided she wasn’t going to ask for directions, but would just wonder around following steady streams of tourists until she found the Capulet home. Once she reached it, and climbed to Juliet’s balcony, the view was worth it. Closing her eyes, she imagined Juliet standing out on that very balcony and looking down at the same view she had just seen.

After about ten minutes, Delany left and went to explore. Walking back to her father’s house, Delany stopped and bought a floppy hat to keep the sun out of her face.

After walking for around three hours in the sun, Delany was hungry again. She stopped to get a slice of pizza and when she put down her wallet for a second to pick up her pizza, a man snuck up behind her and grabbed it.

Just then up ahead she heard a dull thud and watched the thief crumple under the weight of another guy. He stood up and yanked the wallet out of the thief’s hand.
“Here you go, bella.” the guy murmured before turning back to the thief and slamming his fist into the man’s stomach.
“che vi insegnerà” He muttered murderously. “uscire di qui!”

Delany’s savior turned around and Delany gasped. This guy had flowing dark hair, his face was a perfect oval, and his lips were full and cracked by the sun. His skin was tanned golden by obvious weeks in the sun.

“H-hi. Thank’s so much! I don’t know what I would have done....” Delany breathed.
“Oh, yeah no problem. Always here to help, I’m Damon Lucifer.” Damon chuckled sticking out his hand. He had an accent Delany couldn’t place.

“I’m Delany. Delany Grace.” She giggled shaking his hand. “I don’t know how I’ll ever repay you,”

“You could give me your phone number.” Damon prompted grabbing a pen from his back pocket.

“Sure....” Delany murmured questioningly. Laughing, Delany scrawled her number on his left forearm. “Text me!” She chirped turning away to buy another slice of pizza.
Damon grabbed her arm and grinned, “Hey, where do you think your going?” He drawled.
“What?” Asked Delany, confusion clouding her eyes.
“I can’t let you walk the streets of Italy by yourself. It could be dangerous.” Damon taunted grabbing her arm and steering her away from the Vincenzo’s.
“But I wanted to-” Delany began reproachfully.
“No you really don’t” Damon interrupted, “I’ll bet this will be the best pizza you’ve ever had.”

James got off his knee’s and stood protectively in front of Claire. “What do you want?” James snarled.
“You know what we want,” One of the men chuckled.
“You and that girl there” snickered the other. “We we’re sent to kill you”


Damon ended up taking Delany to a small pizza shop that rested on the corner of a bustling street. Inside smelled like garlic, tomato’s, and bread. “AHH! DAMON! How are you?” a portly women clucked coming out from behind the counter and kissing Damon on the cheek.
“Ciao Mama. This is my friend Delany Grace” Damon greeted.
“Ciao Delany! I am Adriana Benvenuti! Come sit, eat!” Adriana insisted hugging Delany and pushing her into a booth.
“Mama, where is Bianca?” Damon asked.
“Oh, she’ll be coming along. But you know her, she never eats my pizza!” Adriana cried and as she walked back into the kitchen was muttering in Italian about how Bianca never appreciated her. Delany secretly wondered who Bianca was but didn’t want to ask.

In about twenty minutes her question was answered. Bianca was beautiful. She had long set black hair that flowed dramatically down her back. She was not exactly skinny, but radiated confidence. Bianca came floating into the pizza shop, giggling, with a cell phone pressed to her ear. She skipped over to Damon and kissed him lightly on the cheek.
“Hey D! How’s it going?” Bianca trilled.
“Oh, good. This is Delany.” Damon explained when Bianca looked at Delany with distain.
“Hey, how’s it goin’?” Asked Delany chuckling nervously and sticking out her hand.
“Good. Pleased to meet you.” Bianca replied looking at Delany’s hand like it was a cockroach. She turned away and Delany, madly embarrassed began swinging her arm back and forth like a windshield wiper. Damon sidled over to her and grabbed her hand mid swing.

Bianca looked murderously at Delany before stomping out of the room and up a flight of unseen stairs. Delany looked guiltily at Damon, but he just smiled and sat down next to her.

Adriana came bustling back into the room carrying a steaming tray of pizza, two ice covered drinks, and a salad. She laid the food in front of the two and began cutting the pizza before dashing to the front of the store, flipping the sign to chiuso. Adriana darted back into the kitchen, yelling to someone in the back, before coming back carrying four plates, forks, and two more drinks.

A man who looked like an older version of Damon came sauntering into the room. “Ah, hello! My name is Dante Lucifer, and you are?” Dante smiled his voice rumbling deeply.
“Delany Grace,” Delany grinned back. His family was so nice. She felt comfortable around them.

As they ate Damon enthusiastically explained how he had chased down the thief, occasionally adding a detail to color the event. His mother clucked at Damon’s bravery before reprimanding him and muttering how he could have gotten hurt. His father just grinned, turned to Delany and murmured,
“Don’t trust him to ever do anything rational. He’s such a hothead.”
Delany looked over to Damon and nodded slightly. Damon looked over at her and smiled.
“Didn’t I tell you this was going to be the best pizza ever?” Damon chuckled.
“Yep, and you were right!” Delany chirped back. “So how do you know Bianca?” Delany tried not to sound nosy.
“Oh, she’s an old friend, sorry she was so rude. She just is.... protective. I love her like a sister, but man is she a pain in the ass. After her parent’s died she came to live with us ‘cuz mama and her mama were joined at the hip. We moved to Italy to try to prevent painful memories for Bianca, besides I got a scholarship to an arts school when I was 11.” Damon explained trying to prevent from speaking to loudly.
“Oh,” Delany replied, perplexed. She would have never guessed that about Bianca.

Once they had finished their meal Damon walked Delany home.
“I had a great time with you. I’ll text you.” Damon added.
“Okay, sounds good.” Delany smiled and pulled her set of keys out of her purse before shaking his hand goodbye.
“See you around!” Delany beamed spinning around and unlocking her front door.
“Bye, see you around,” Damon muttered before disappearing into the darkness. 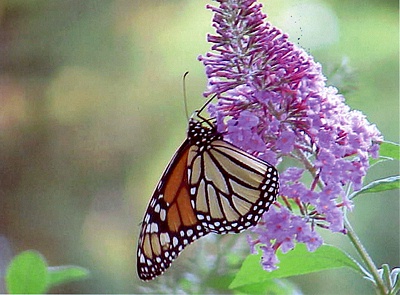 If there was a guy who's last name was Lucifer, I would avoid him because it would creep me out.

Favorite Quote:
"It's not what we are born, but what we grow to be."

"you think that because I am Poor, Obscure, Plain and little, that I am Soulless and Heartless. I have just as much soul as you and full as much heart"

View profile
This is really good but i don't see the revelance of the dream, keep writing it so I can understand it and because i think it is really really good