“Well,” you say, “let's sit and talk on the stone steps after church and laugh about everything and nothing at all. Let's have it be a pure accident. Opportune circumstances. And let's have it be beautiful.

“Let's get up regretfully and bid each other good-bye, with promises to talk again next week. Let's gaze wistfully after each other as we depart.

“Let's make it a habit throughout the summer to talk and laugh on the stone steps after church. Let's look forward to our weekly banter, and let's wonder what the other is thinking as we anticipate seeing each other again.

“Let's be sitting and talking together one Sunday, and let's both be slightly disappointed when I mention that I'm going to my cousin's wedding in Green Bay, and after that I'm spending two weeks in northern Minnesota at camp. Let's say we'll miss each other.

“Let's have a joyful reunion when I return and a long, heartfelt discussion on the church steps. Let's say honestly that we missed each other.

“Let's go slowly into the new school year, always remembering to have our hour on the church steps together. Let's sit out there even on the worst snowy days.

“Let's let time go by, a year or two, and in all that time let's not let our friendship fade. Even as you go to college and I go who-knows-where, let's remain friends.

“Let's keep in touch. Let's one day – even though I have a job by then – get together and hang out, maybe sitting on the stone steps of a church somewhere else. And let's talk for a while, but after another while, let's realize that neither of us feels like talking. So let's sit in silence.

“Then let's kiss. Let's make it beautiful and heartfelt and true. And let's know that we're in love.

“Let's be happy, secure in the knowledge that we were made for each other. Let's let time and life bring everything they've got, while we weather the storm together.

“Let's be together, some summer night, sitting perhaps on some stone steps, though maybe not of a church. Let's be sitting there, silent like we sometimes are, and then let's both know something special is about to happen.

“Let's get married in the church where we met, surrounded by everyone we love. Let's stand in front of the church and forget about everyone else while we promise our lives to each other.

“Let's live in a tiny cottage on the coast of northern Maine. Let's be young and happy and carefree. Let's just live, working a little and playing a lot, like young people tend to do.

“Let's have a crowd of beautiful children. Let's read to them and sing to them and teach them to be good people. Let's sneak into their rooms when they're asleep and marvel at how miraculous they are.

“Let's watch them grow up, survive their adolescence and our midlife crises, and come out the other side wishing they hadn't grown up so fast. Let's quietly live alone again in our northern Maine cottage, just us two, like it was before.

“Now,” you say, “let's come back to now. Let's hold hands. Let's pray that God and your cancer won't take you away from me too soon.”

Your smile fades. “But you won't be,” you say sadly.

“Says who?” I ask, struggling to sit up in my hospital bed. “You once said, ‘Let's do life together.' So we are. Even if I'm not there the whole way, we are doing it together.”

You smile through tears that cloud your eyes. “Let's,” you say. 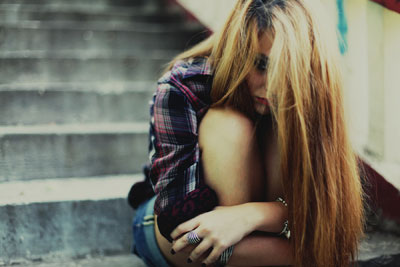 This article has 94 comments.

Favorite Quote:
Remember the lesson, not the disappointment

View profile
This is quite possibly the BEST story I have ever read. I'm balling my eyes out.
Beila BRONZE said...
on Feb. 19 2015 at 5:38 am
Beila BRONZE, Palo Alto, California
3 articles 0 photos 516 comments

Favorite Quote:
The worst part about being lied to is knowing you weren't worth the truth.

View profile
My life is this story right here... im losing the one i love. i dont know if you realize it, but your an incredible writer and literally made me just cry through my entire math class. become a writer, be free and write whatever comes to your heart. becuase it seems to be working for you so far(: thank you for making my day, and giving me a story to relate to
NeverjustOne BRONZE said...
on May. 3 2014 at 4:43 pm
NeverjustOne BRONZE, Eugene, Oregon
1 article 0 photos 5 comments
View profile
beautiful.
Anngelllll_ said...
on Apr. 21 2014 at 12:34 pm
Anngelllll_, Bethlehem, Pennsylvania
0 articles 0 photos 3 comments

Favorite Quote:
Love is louder than the pressure to be perfect

View profile
Oh my god! When you brought up cancer, my heart dropped! This was so heartfelt and beautiful, I loved how well you played their love story, and how they truly did love each other to death. Well done!
TaylorWintry DIAMOND said...
on Apr. 18 2014 at 1:16 am
TaylorWintry DIAMOND, Carrollton, Texas
72 articles 0 photos 860 comments

View profile
Oh gosh, when you brought up the cancer I just broke down. This is so just amazing. I'm really really pleased with this; it's sweet and heartfelt and sad and bitter... Everything. Very cool. I love this.
GreekGoddess BRONZE said...
on Dec. 21 2013 at 3:10 pm
GreekGoddess BRONZE, Andover, Connecticut
3 articles 0 photos 182 comments

Favorite Quote:
"The unprepared rebel dies in the fire."
~unknown

View profile
Oh my goodness! That is the best compliment I have ever received. I love John Green. Thank you so much!!
Ahhni PLATINUM said...
on Nov. 20 2013 at 9:08 am
Ahhni PLATINUM, Battle Creek, Michigan
21 articles 0 photos 25 comments

View profile
This is absolutely incrediable! I'm so overjoyed with the outcome of your story. It reminds me of The Fault in our Stars. Very beautifully romantic but also heartfelt and deep.
Ahhni PLATINUM said...
on Nov. 20 2013 at 9:06 am
Ahhni PLATINUM, Battle Creek, Michigan
21 articles 0 photos 25 comments

View profile
This is absolutely incrediable! I'm so overjoyed with the outcome of your story. It reminds me of The Fault in our Stars. Very beautifully romantic but also heartfelt and deep.
Shaas_It_is.. BRONZE said...
on Nov. 10 2013 at 5:51 am
Shaas_It_is.. BRONZE, Udupi, Other
2 articles 0 photos 42 comments

Favorite Quote:
Happiness presents itself before man with a crown of sorrow. He who accepts it must accept both.
-Swami Vivekananda

Favorite Quote:
I want to live and feel all the shades, tones, and variations of mental and physical experience possible in life.
And I am horribly limited.
-Sylvia Path

View profile
This by far the most beautiful thing I've read on teenink so far! Is it just me, or did it remind you of a Walk to Remember by Nicholas Sparks
W.D.Laurin said...
on Sep. 11 2013 at 6:53 pm
W.D.Laurin, Albuquerque , New Mexico
0 articles 0 photos 4 comments

Favorite Quote:
When life hands you lemons, make orange juice and leave the world wondering how you did it.

Favorite Quote:
"When writing the the story of your life, don't let anyone else hold the pen."

View profile
Aww that was so creative and sweet. I really liked how creative it was. Nice job