She approached the once familiar fountain by New York City hall -where she had spent every Christmas Eve with her best friend since she was fourteen. She smiled at the memories that flooded her mind of the years she and Cole had come here to escape from the pressure and expectations of their corporate driven families. For the first time since she was a teenager, she welcomed the frigid air that encompassed her entire body; it brought her back to what felt like another life. Her smile faded as more memories resurfaced of the betrayal she felt at only twenty from Cole, her best friend as he surrendered to his father's corporate legacy. She watched the only one who ever understood her hatred for the corporate world-- that had torn her family apart-- pulled into the fate that they had both struggled to escape from.
She shut her eyes and listened to the winter wind as her mind sifted through all the things that had been left unsaid, when someone behind her cleared his throat. She froze, fearing to see the boy who had broken her heart. She reluctantly turned around to find not a boy but a clean shaven man; who stood at 6'3 and wore a tailored suit with a designer trench coat and that heartbreakingly unforgettable crooked smile.

Her heart pounded as he spoke, “is it really you?” The twinkly lights hanging from the trees shifted in the breeze around them as she struggled to find the right words to respond to her first love who she hadn't spoken to in six years.

“Uh- yes, I'm doing some volunteer work in New York for the week.”She had forgotten how hypnotizing his almond shaped green eyes were; filled with intricate designs and patterns that she still got lost in.

He reached into his pocket and pulled out the engraved stone that she had gotten him when they were seventeen, when his father had really started pressuring him. On the stone it read “They cannot take away our self respect if we do not give it to them” –Gandhi. She liked to think that, that stone gave him three extra years that he belonged to himself; she was shocked he still had it, since he had become everything the quote was not.

As the trees blew in the evening breeze, she began to see her first love as the man he had become: a product of a society she would never understand or agree with. He spoke, his voice youthful with longing and anticipation, “Can I take you to dinner while you're in town?”Her mind was made up but her heart still raced, “It's really good to see you, Cole.”

She slowly embraced him and wrapped her arms around his neck in a hug that spoke more of a goodbye than a hello. He realized what she was doing, he held her tighter, knowing it would be for the last time. As she hugged him a tear rolled down her rosy red cheek, as a chapter in her life ended. Friends and lovers are like years, they come and they go, but they leave a lasting impression that help shape who we are, that's why each and every one of them is necessary. As they slowly broke away, she smiled as she reached up to fix the brown lock of hair that had been misplaced in the wind, and moved it back in its intended sculpted place. He smiled, and whispered “Thank you”. 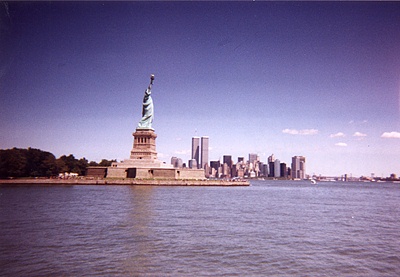 View profile
"Friends and lovers are like years, they come and they go, but they leave a lasting impression that help shape who we are, that's why each and every one of them is necessary." I loooooooove this line! It's the cutest thing ever! Thank you for writing this!
Annmarie11_12_13 ELITE said...
on Apr. 17 2012 at 8:43 pm
Annmarie11_12_13 ELITE, Paramus, New Jersey
109 articles 0 photos 54 comments
View profile
You should know I'm crying...I love finding this kind of emotion it's simply wonderful
AndSoItGoes01 SILVER said...
on Apr. 15 2012 at 3:04 am
AndSoItGoes01 SILVER, Reno, Nevada
9 articles 0 photos 147 comments

View profile
Really?! Your first piece? That makes you even more great and you are very welcome its hard not to support excellent writers like you!!!!!!!
AndSoItGoes01 SILVER said...
on Apr. 13 2012 at 9:07 pm
AndSoItGoes01 SILVER, Reno, Nevada
9 articles 0 photos 147 comments

View profile
I have a couple things to say to you, if that's alright. First of all, that was brilliant. You are a fantastic writer and your words make a vivid picture in my mind, one that I only get when I read amazing words!!! Second, you WILL be a writer one day... third, I wish that this wouldn't have been anonymous so that I can read more of your writing :( keep it up ;D
LittleOldMe SILVER said...
on Apr. 13 2012 at 4:31 pm
LittleOldMe SILVER, Kitty Hawk, North Carolina
9 articles 0 photos 16 comments

Favorite Quote:
"Love is being stupid, together"

View profile
Heartbreakingly beautiful. Left me speechless! I loved everything about this piece- the choice of words, the plot, the characters, everything! I was especially impressed by the analogy that friends are like years:) keep it up!