Rushing through the large crowds with Natalie, my heart races. What if he’s already left? I could’ve missed my chance!

“Raven! Slow down! We’ve still got ten minutes. We can keep searching this direction for five more before we need to turn back,” she says, breathing heavily.

I bite my lip, worried. Twinkling lights shine around me and everywhere I look, people are meeting up with school friends and chatting excitedly. Our tiny little town only has one huge celebration every summer… the Watermelon Festival. There’re booths and a carnival and a parade, but the best part for the teenagers is tonight. The Friday before the end of the festival every year, we have the street dance. They set up stages on each end of Main Street and play music while people walk around, chat, and get talked into buying worthless festival goodies.

“I have to find him, Natalie…” I whimper. “I’ve been too chicken to talk to him all night and what if this is the last time I ever see him?”

“Do you even know if he’s into you?” She questions, raising an eyebrow.

“No… but that’s not the point. I have to see him one more time and at least get a goodbye or a hug or SOMETHING before he’s off to boot camp or whatever. You know goodbyes are important to me,” I plead, biting my lip again.

I shoot her a humongous smile, and begin swerving through the drunken jocks and groups of girls giggling to get to the other end of the street. Rock music plays loudly, and I can hardly hear Natalie behind me. Not that it matters if I lose her; after all, she has a cell phone while Anthony… doesn’t.

An old man at a booth in the road smiles at me and tries to get me to buy some beads, but I smile and shake my head, knowing I have little time. I’m almost at the other end now, and I can hear the country music on the other stage. I quickly look left and right, praying to see a tall, lanky, blonde guy lounging around. Natalie comes up behind me panting.

“Raven… maybe he left already. Do you think we should turn back?”

“What in the world is funny about this?” I stare at her as if she’s gone mad.

“It’s just your timing,” She chuckles, “He’s right over there. Your gut feeling’s actually right for once, huh?”

Turning to where she’s pointing, I can hardly contain my joy. Sitting on the curb of the street in the entrance to an alleyway is Anthony, looking bored. Even from here I can see his bleach blonde crew cut and that masculine rectangular jawbone.

“Well… have fun. No sex,” Natalie laughs, turning away.

“Wait! Um… come with me,” I say quickly, pleading with her again.

“What? No, you said you two were great friends, right? You can talk to him perfectly fine alone and this is not something I’m involved in,” she retorts, sticking her tongue out and walking away. I return the gesture and start towards Anthony, shaking slightly.
Why is it so hard to talk to him now? Back when I was in ninth grade and he was a junior, we talked every day in sixth period and were great friends. Although this last year… we didn’t have any classes together so I never saw him. Now he’s graduated and I’ve barely seen him at all this year, except the charity event a few months ago, where I thought we connected… but it may’ve been in my head.

When I get a few feet away from him, he looks up and smiles. I try to smile back casually, but it turns out big and dorky. Oh boy… I can already see how this is going to go.

“Hey!” I say, way too enthusiastically. “Why’re you sitting all by yourself?”

I sit down beside him on the curb as he answers, “Oh, just bored.” Never a man of many words.

“Ah… well wasn’t your brother with you earlier?” I ask awkwardly, remembering the boy I saw with him earlier tonight.

“Brother?” He smirks, raising an eyebrow. “I don’t have one.”

“Oh…” I bite the inside of my cheek, wracking my brain for something else to say. “So um… when are you going to boot camp?”

“That’s soon!” I gasp in surprise.

“That’s crazy,” I reply looking down at the ground. I had no idea he was leaving so soon for the army and all. We sit in silence for a moment. I guess I may as well be blunt with him, considering I’ll probably never see him again.

“Well, I um.. wanted to come find you in case I don’t get to see you again before you leave,” I say, smiling shyly.

“Oh, okay,” he smiles back tenderly. “That was nice of you.”

“Mm hm,” I mumble, blushing. “Well, I only have a few minutes before I need to be on the other end of the street, so I guess I better get going.”

“Well thanks for coming to see me,” he grins. Gosh he is so cute… and it may sound old-fashioned but he’s… handsome.

“Of course,” I practically squeak, and without thinking about it, I hold out my arms for a hug. Gah! Raven, what are you thinking? I barely know him anymore and we’ve never hugged. However, to my surprise, he accepts the offer without hesitation, and as I’m warmly against his chest, I sigh softly. This is nice.

I pull back, but we’re still holding each other’s arms. I’m waiting for him to let go and I guess he’s waiting for me… but I really don’t want to.

Sitting there in the dark, with just the faint shine of a street light on his face, I peek up at his eyes. Mostly, they’re a deep ocean blue, but then it’s a slightly brighter blue just surrounding the pupil. A color that can only be described as the sky. I’m dumbfounded by the endearing expression on his face, and find myself unable to look away.

He clears his throat. “You look um… really pretty tonight.”

I turn tomato red, trying not to start giggling hysterically. “Thank you, so do you. I mean handsome! Or um… cute? Gah,” I sigh, exasperated.

He laughs softly. “I gotcha. You’re cute when you’re shy too.”

I take a deep breath and calm myself down, and then very timidly, I start to lean towards him as well. His hand comes up to softly cup my face as his lips touch mine. I’m shaking and I think he is too. Neither of us dare to move, but simply shut our eyes and let our lips move softly against the other. His lips are so soft…

As the kiss ends, we pull apart slowly, gazing at each other. I feel so warm… I’m not sure what it is, but this feels different from the kisses I’ve shared with past boyfriends. There was something… a spark. I wonder if he feels it too.

We stare at each other a little, speechless, until we both start smiling uncontrollably. Laughing softly, we both look down.

“What for?!” I didn’t expect him to say that first.

“Well, I just kissed you, and I do like you a lot… but I’m leaving in two days. I shouldn’t um… kiss and run.” He laughs.

“It’s perfectly okay with me,” I blush.

“I still feel bad… I don’t even have any way of contacting you.”

“You really should get a phone,” I tease, poking my tongue out.

“I’ll be back for a week in August,” he smiles, but it quickly fades. “But then, I don’t know what days it will be.”

I think to myself for a moment. “This sounds sudden, but do you believe in God?”

“I don’t know. But if it he is real, then I suppose I’ll see you again someday if he wants us to it.”

“I hope I see you again, in-between the boot camp and basic training and all that stuff, Raven.” He says softly, taking my hand.

“Like we said, we will… if it’s His plan,” I reply, confidently kissing him on the cheek before I get up to leave.

Skipping off to meet up with Natalie and my mother, I smile. I’m trusting in God’s plan this summer. 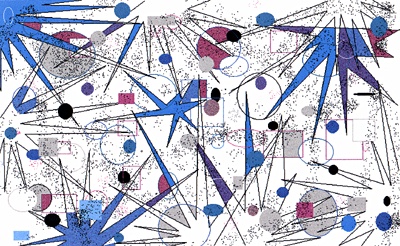 The author's comments:
Yea.. its pretty cheesy lol it was a real night and some of the events were real but the romantic stuff didn't quite happen like that xD but this is what happened in my head haha
Post a comment
Submit your own