Favorite Quote:
"If you have enough book space, I don't want to talk to you." -Terry Pratchett

Nobody noticed the old woman leaving her old stone cottage, pulling on her faded black boots as the thin front door clacked shut. She set out at as brisk a pace as she could manage, though her creaking knees and hunched shoulders belied her fragility.
As the lights of her little village faded into the thick mist, she saw two children running and laughing in the waning autumn light. Glancing concernedly at the lowering sun, she winked with her bright blue eyes at the small boy and his sister, telling them to run home. The two started toward the village, where their mother was calling and surely had a hot supper on the table. A slight smile lingered on the woman’s face for a long time, and she began to sing while she made her way through the downs and into the forest. It was an old Gaelic song with a strange, sinuous melody. The leaves crunching under her feet followed the cadence of the harsh, guttural words:
Tron choille, thairis air a ’chailc
Tursachan air cnapan àrda
Na bràithrean uile a thuit
Leis an dìomhaireachd mhòr againn
Chan fhaic iad a-riamh an solas
Gradually, the sounds of the forest faded, and the only sound was the moaning wind and the woman’s crackly voice.
The fog around the village dissipated as the old crone shambled up the slope, her fogging breath growing ragged and thin. Dark trees loomed around her and their twigs caught in her heavy wool cloak. When the trees thinned, what had been a chilly breeze became a howling gust. The woman began to shout her song, the same five lines over and over, fighting to hear herself over the screaming blasts. The disintegrating hem of her ancient dress tangled around her legs; her white hair came out of its bindings and streamed out behind her. She forced her way up the hill which was revealed to be a huge barrow now that the wizened trees were behind her. At the top was a cloud of mist, impenetrable and gray. The woman plunged through it with all the bones in her gaunt frame shaking visibly. The mist and wind were suddenly gone, with just the merest breeze and a curl of fog. The woman was standing in a circle of weathered stones as pitted and wrinkled as her skin. Heather and moss covered the towering monoliths, nearly obscuring the layers and layers of intricate carvings.
In the center of the circle was a tall cairn, dozens of stones stacked and glued together with grit and time. On top of a flat stone was a dazzling blue orb, heart-stoppingly pure, the color of beautiful summer days and laughter and love. The old woman reached out reverently, gently, and touched it.
A blinding flash lit the sky. The stones thrummed with power, the moss crumbling as the boulders shone. Blunted carvings sharpened and changed, more elaborate than before. And the woman’s eyes glowed, tears coursing down her cheeks and turning into wisps of fog as she sank into the ground to finally lie alongside her ancestors. 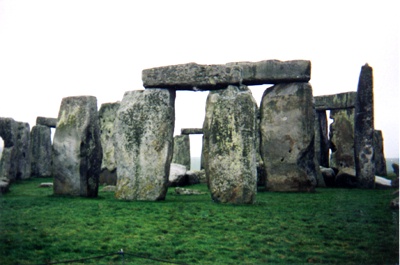 This is based on Scottish mythology, which I have loved for a long time. I originally made this story a lot creepier, but I decided to make it about a beloved old woman ready to let go instead of a murderous witch! Quite a bit of difference there.

View profile
This was really beautiful, I loved it so much. I can definitely see how this is a mg piece, it's just so good! ❤️