Favorite Quote:
"When the last tree is cut, the last fish is caught, and the last river is polluted; when to breathe the air is sickening, you will realize, too late, that wealth is not in bank accounts and that you can't eat money."
-- Alanis Obomsawim

To begin with least confusion, I am a crow.

Just not the kind of black-feathered, loud-mouthed, nuisance that your petty memory might recall.

Oh, right. Forgot to inform you, but you’re gone.

‘Gone’ is a flimsy word. Let me clarify, but call it what you like: apocalypse, armageddon, mass extinction. The name doesn’t change the facts. You’re dead and we’re not.

Is your absence tragic, sorrowful? Not at all! The day you -- humanity -- left the earth was the best day in thousands of years. It was a day for rejoicing! For cheers in the air! The sun comes back from behind the smog, there are trees again, the fish reappear, the birds sing merry songs of freedom an--

none of that happened, just so you know.

There was no sun because the smog was too thick, the trees were cut down, the fish went away not to return, the songbirds perished and their pretty voices died too. The day you went extinct was like any other day -- dark; quiet; fires here and there; broken buildings and ashes littered the earth. We didn’t know that you had left for good until the wailing in the streets had stopped.

And even once we knew, what would we do? There was nothing to celebrate.

Those were dark days.

It’s lighter now, not by much, but lighter. Some days there is blue sky.

Most all of the time.

If there were any owls, I would be terrified. But there’s not, and there never will be.

My family told me about owls. They sound like fables, imaginary figures created to discourage ideas of jumping the nest too early.

There is no way that anything hunted crows. That’s just silly.

My mother told me that there is a fine line between survival and greed. If there is such a fine line, you fell face first on one side. I’ll let you guess which.

Did you know that once clouds were harmless? Even more, I heard that they gave you water. I don’t believe that part, though, because it’s too crazy. The last thing a cloud would do is help someone. What, did clouds once bow down to everyone’s needs and desires? Did they let loose water when you were thirsty and shade the sun when you were hot? That’s just silly.

I think it would be wise to address that burning question:

How am I able to communicate? Talk? Write?

I’ll start near the beginning. Crows had come to rely on humans for nearly everything. It got to the point where our success depended on yours.

Which isn’t a comforting concept, but at the time we were practically your pets.

Soon enough, you humans diminished. We don’t know the details, just that one day you started to fight. Bombs and fires scorched the earth, destroying our land and yours. Without food, you starved. Starvation led to bad health, which led to disease. And disease finished you off.

Our source of survival was disappearing, which put a major stress on our brains making them triple in size over a very short period of time.

We crows weren’t too different from you. You just never took the time to notice. You claimed: we had feathers, therefore we were not the same in any way.

The primitiveness of your nature dumbfounds me.

We fear the same things as you did, humans. I get scared in the dark, just like you did. That’s why you lit the night on fire with white, unmoving flames so birds smashed into your buildings and confused sea turtles were killed in your roads.

Our fear of the dark, however, is handled in a separate way.

Whenever the blackness startles me, my mother explains that there is nothing out there that could harm. Which is true.

Of course, once we were hyper-wary for any owls; not now. Now it's just crows and a few rats and some insects. We don’t have predators anymore.

It seems stupid to think that we ever did. That we ever were afraid of something above us. To say that owls once hunted and consumed us would be absurd. That’s just silly.

Oh right, there also isn’t any fish, and the oceans are gray. Bears? Wolves? Tigers? Whales?

Erased. I wouldn’t want to point talons in case I offend anyone, but….

We figured out how to survive; that doesn’t make life amazing. Nature is fixing your mistakes. We crows are just waiting for it to get better, whenever ‘better’ is.

You humans had a phrase for a future where the world is unrecognizable. To you people now, this is ‘year million.’ I like to think about what my ‘year million’ would look like. It wouldn’t be anything like this, I know. We would be in charge, just like you were.

In case you haven’t caught on, crows have replaced you.

Don’t worry, we won’t set the planet on fire, we won’t nuclear bomb everything, we won’t start needless wars, we won’t dump waste into the oceans and eat entire species into un-existence. And even if we did, why would you care? You’re dead. You messed up our home, so we can mess up yours.

You had your chance.

Now it’s time for ours.

Welcome to the world of the corvids. 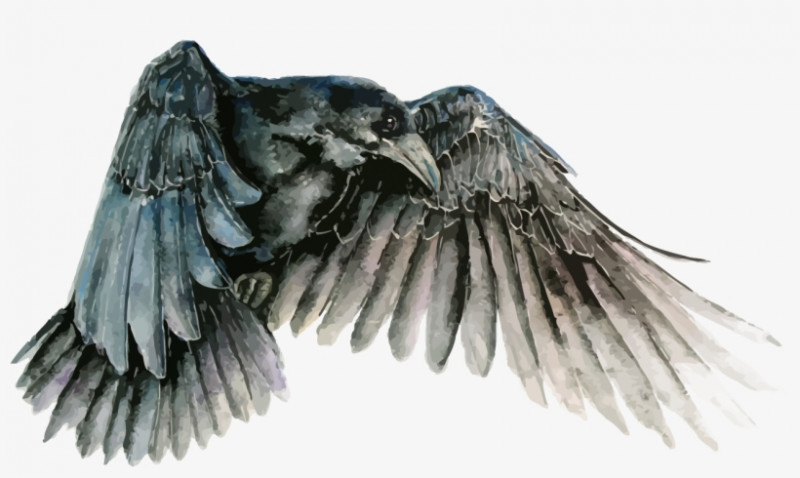 My inspiration for this piece came from reading a book by Jennifer Ackerman called The Bird Way. At the end, a quote by Mathias Osvath stated, "We dig up dinosaurs to try to figure out what happened to them. Perhaps someday dinosaurs in the form of corvids will dig us up to figure out what happpened to us." Crows and ravens are very smart and will probably become the next dominant species if we do nothing about climate change. I hope you enjoyed this!

AztroWorkz BRONZE said...
on Feb. 1 2022 at 1:45 pm
AztroWorkz BRONZE, Bellingham, Washington
3 articles 0 photos 23 comments
View profile
I love this perspective, especially because it could happen as well. I'm a bit of a sci-fi nerd, and this pulls all of the things I enjoy about it into one letter. I would be overjoyed to hear more of it!
WolfGurl PLATINUM said...
on Oct. 7 2021 at 7:34 pm
WolfGurl PLATINUM, Not A Real Place, Indiana
20 articles 5 photos 174 comments

Favorite Quote:
"When the last tree is cut, the last fish is caught, and the last river is polluted; when to breathe the air is sickening, you will realize, too late, that wealth is not in bank accounts and that you can't eat money."
-- Alanis Obomsawim

Favorite Quote:
“Be who you are and say what you feel, because those who mind don’t matter and those who matter don’t mind.”

View profile
Great job Lucy!! I know you are fond of birds, but I wasn't expecting this! 💯I look forward to any other short stories you write!
D1CEW1ZARD BRONZE said...
on May. 28 2021 at 10:42 am
D1CEW1ZARD BRONZE, Tilden, Nebraska
3 articles 0 photos 5 comments

View profile
The closing lines are my favorite part.