Those Who Call | Teen Ink

Those Who Call MAG

The man who opens the door is a short, squat man with thick rimmed glasses. We must be quite a shock to him, two muscular guys with long dark suits showing no sign of sweat in this hot, Georgia summer. But he knows why we're here.

My partner speaks first, “Are you Mr. Martin H. Greer?”

“Who wants to know?” he says. But he knows. A man with interests like Mr. Greer's is sure to know who we are.

I flash a badge and say, “A lot of people, Mr. Greer. We believe that the alleged encounter that you had, on last March third, may be a matter of national security.”

He briefly glances at the badge.

“You work for the government?”

Mitch looks at me and says, “We just want to ask you a couple of questions, preferably within the confines of your house.”

The man's eyes widen slightly and he opens the door.

The place is sparsely furnished with a small coffee table and a couple of overstuffed, beer-stained chairs. The walls are covered with blurry pictures of “alien spacecraft,” most of which we have already looked into. The pictures do nothing to hide the huge cracks in the walls and the strange, discolored smudges that dot its surface.

I walk up and look at a particularly hazy photograph of a small, cylindrical object silhouetted by the glare of the setting sun.

“Would you mind describing to us the incident that you had last month in full detail? With this craft.” Mitch says, pulling out the clipping from the local paper. He's not really asking.

“Where is it that you work?” I interrupt. Mitch has taken out a recorder and a notebook.

“Milson's. It's a retail warehouse. I work the graveyard shift …” He looks at us carefully before continuing.

“I was listening to the radio, in my truck, when it started to fuzz up. It got all … staticy. I hit the radio a couple of times, I mean, it's an old truck and I&#39d had trouble with more than just the radio in the past, but then I heard the roaring of, like, an engine …”

He glances at us, nervously.

“–about half a football field in length, with two wings akin to that of a Stealth Bomber, no windows, with a glowing blue light that came from its bottom like some kind of silent flame,” I finished, reciting from memory what I had read in the paper.

“Yeah! How did–?” The surprise is evident on his face.

“Your description of the craft to local police and the paper is what got us involved,” Mitch cuts him off.

“Really?” he looks amazed and … something else. “Why?”

I glance at Mitch, a look he reads correctly.

“So what did you do next?” Mitch says, changing the subject.

“Well, I had just bought this new camera a couple of days before – I'm in the habit of taking it everywhere with me – so when I saw this … alien ship, I immediately hit the brakes and grabbed my camera.”

“You were only able to take one picture?” Mitch asks, but I'm looking somewhere else. I am looking at an old, brown door and wondering where it leads.

“Yeah, I–” he stops. He notices that I'm looking at the door. Beneath his glasses, his shifty, small eyes speedily glance at me, then Mitch.

I stare at him. He can't read my expression, can't see my eyes under my dark sunglasses.

“I wonder where this door leads, Mr. Greer.” I walk over and kick it open. The door flies off its hinges revealing a dark, windowless room with a table full of …

“A darkroom!” I say, looking at Mitch. He is disappointed, as am I, but all is not lost. I smile, not because I am happy, but because Mr. Greer soon won't be.

“So you wasted our valuable time, by faking photographs?” I ask, approaching him. I nod at Mitch, and he steps into the darkroom.

I slug him in the face, feeling his glasses break with the force of my blow. I punch him again and again. And when I am done disfiguring his face, I wipe his blood on his shirt, pick him up and shove him against the wall. In the other room, Mitch is doing the same thing to Mr. Greer's darkroom as I did to his face.

I force Martin H. Greer to look at me as I calmly say, “Mr. Greer, you will no longer fake photographs of any kind. You will continue with your life, and your miserable job, as if nothing happened. You will tell no one about your experience, and most of all,” I pull my face closer, “most of all, you will tell no one about us being here, unless of course you want us to visit you again.”

I throw him onto a withering heap on the floor.

“And we will find you, Mr. Greer, and we will not be trading pleasantries as we did today,” I end. Mitch reenters the room and gives me a nod. We leave, carefully shutting the door behind us, leaving poor Mr. Martin H. Greer crying on the floor.

Once outside, we head to our car. I drive. While I drive, we both think.

Finally I say, “Where to now?”

“That sighting in Texas by a group of schoolboys looks promising,”

Again he says nothing.

“We've been doing this for years!” he says suddenly, angrily. “It's a waste of time! Most of these morons are just star-crazed idiots, hoping to create five seconds of fame and stretch it into something longer!”

I wait a moment before replying.

“Remember the case in Melbourne? What about the Gobi Desert sighting? Or even the Mojave affair? Not all of them are a complete waste of time. And besides, time is one thing we've got plenty of. Decades.”

“True,” he says and is quiet for a moment. “But I'm tired of this place, tired of dealing with humans.”

I let that sink in. 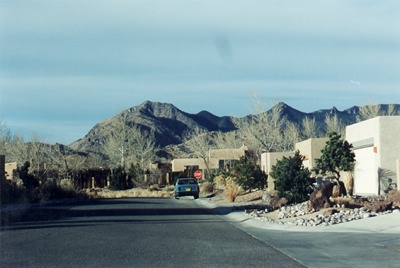 This article has 40 comments.

View profile
This was absolutely perfect! I loved the alien twist!
ZinkANnggirl1004 BRONZE said...
on Mar. 13 2013 at 5:48 pm
ZinkANnggirl1004 BRONZE, Weston, Colorado
3 articles 0 photos 7 comments
View profile
wow! from the moment I started reading, the story sucked me in!  I really hope/wish there was more to read. I'm curious to see where this could go. It was awesome to realize that these two characters aren't human nor are they any kind of agent. The net of curiousity has caught me and I can't wait to read more! :) Keep it up
Caesar123 DIAMOND said...
on Aug. 10 2012 at 11:14 am
Caesar123 DIAMOND, Union Grove, Wisconsin
50 articles 7 photos 103 comments

View profile
I loved every bit of it! I did think that it was a bit extreme when the main character started to hit Greer, but when it turned out the two were aliens, everything made sense. This story was just really great and had all of the aspects of professional work. I thought the ending was quite imaginative!
DanielleMitchell BRONZE said...
on Oct. 9 2011 at 8:49 am
DanielleMitchell BRONZE, Sarnia, Other
2 articles 1 photo 6 comments
View profile
This is amazing, your extremely talented! I love the twist in the plot at the end! Great Imagery! I have found my new role model :) Anyways, keep it up! I will be reading more for sure :)
Anonymous_7 SILVER said...
on Oct. 7 2011 at 7:33 pm
Anonymous_7 SILVER, Branson, Missouri
6 articles 0 photos 118 comments

Favorite Quote:
-The only time you can get away with murder is when writing a book!

Favorite Quote:
♥ I've made mistakes in my life. i've let people take advantage of me, and i accepted way less than i deserve. But, i've learned from my bad choices, and even though there are some things i can never get back and people who will never be sorry. i'll know better next time and i wont settle for anything less than i deserve. ♥

This Is Amazingg! I Absolutly Love It!

Favorite Quote:
" Life is never easy for those who dream."
There are so many other quotes i need pages to write them

Did I mention I loved it? The ending is very good. I love the twist of it. Please come and look at mine.

"A nickel ain't worth a dime anymore."
Yogi Berra

Last night I lay in bed looking up at the stars in the sky and I thought to myself, where the heck is the ceiling.

Favorite Quote:
"No great genius has ever existed without some touch of madness." - Aristotle

View profile
I love this topic... and this was a great take on it. However, were they men in black or aliens themselves? I'm sure it's obvious and I just missed something but a little clarification might help us. If you'd like, please check out my work too!
gurlLOL101 BRONZE said...
on Apr. 7 2011 at 7:39 pm
gurlLOL101 BRONZE, Export, Pennsylvania
3 articles 0 photos 2 comments

Favorite Quote:
How YOU Doin'?

View profile
It was good!