Everyone has had a good idea and not the chance to share it at some point in their life. Everyone has felt the frustration of seeing something that could be done better, but not able to do anything about it. That’s my life. I’m smart. Really smart. So smart that since fifth grade I have been ordered by the government not to answer questions in class, suggest ideas, or work with anyone. The government passed Fairness to All, a series of laws that includes no student can feel left out, stupid, or not able to achieve because he or she can’t answer a question right, way before I was born. They’re used to it, but I’m in tenth grade now and still burst out information when I shouldn’t, multiple times a week.

The rest of my class was doing a lab in science about the why hover cars defy gravity while I was sitting out in the back of the room. No remote control hover car for me to do experiments on, I thought. I’m too smart. I didn’t want to be an over achiever, I just am. The bell rang, and I jumped out of my seat to get to the next class where I won’t get to do anything cool.

“Hey, Ladasha, wait up!” I turned to see Maylee, my only friend, run to my side. Her short, strait, dark brown hair was tucked into a plaid hair band, the only color that goes with our school’s uniforms, unlike my wavy blond hair, which was in a ponytail that day. When she finally caught up to me, she asked, “How was science?”

“The usual. The rest of the class learned, I sat in the back memorizing the information transmitted on the walls. Again,” I responded. 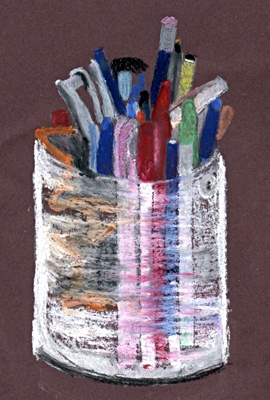 The author's comments:
This was originally a school assinment. It was my favroite to do!
Post a comment
Submit your own

Favorite Quote:
"To Each Her Own"