“Health officials are advising that the public be on the watch on account of the Dubblex virus. If men show any signs of eye or teeth discolouration, they are asked to please refrain from contact with others. If women start to show signs of sickness, they are asked to please stay home. Rubber gloves are now being supplied for a small charge at many public locations. We now return to normal programming on Channel 8.”

I set my cup of coffee down and wipe at my upper lip, staring at the small TV on the counter beside me. The news anchor with the plastic hair has been running that announcement for a week now, and it isn't getting any less scary. My mother died from Dubblex two years ago, passed from my uncle before he even knew he had it. I don't really talk to anyone, don't really leave the house, except for a cup of coffee every morning at the diner. I need it to keep myself awake after nights with no sleep.


I look around the diner. The usual crowd, mostly. No one really comes here as early as I do; it’s usually just the cook, the bartender, and me. But today there’s a boy I don't know.

I look up and see him looking at me. “Hi,” I say, and look back down at my coffee. I don't really do polite anymore.

“You come here often?” he says, smiling like it's a joke, his voice lilting with a strange accent. I don't understand him. Is he really curious? Or just being polite?

“I just moved,” he explains. “Is this a good place for food? I'm starving.”

“Does the diner make a good breakfast?”

I blurt, “Yeah, it so does. The cook here makes a really 'perb egg sandwich. With bacon and junk.”

I start to say I want one too, but then I remember I didn't bring any more money than I needed for the coffee. “I can't. I don't have money.” I shrug.
“No problem. I'll buy two.” The boy digs in his pocket for a few crumpled bills.

The boy looks at me. I've seen blue eyes, but not like this. Not piercing and bright like two laser beams. I'm sure I look a complete idiot, but I can't look away. “If it makes you feel better,” he says, “you can pay me back later.”

I can't help but grin. “Okay, fine,” I smile. Maybe it's the eyes, maybe it's the accent, but I find myself doing stupid things in the presence of this odd boy.

“So what's your name?” he asks after he orders our breakfasts.

“I don’t recognize your accent,” I say. “Where are you from?”

“Ireland. I just moved with my dad.”

“They're split.” Ian looks down. “I think Dad just couldn't take the stress, you know, with Dubblex and all. Didn't want to have to worry all the time about Mom. So he left with me.”

“God, that's awful,” I murmur. “My mom died a couple years ago.” I don't need to say what my mom had died from – no one ever gets sick with anything else anymore.

“I'm sorry,” Ian says, starting to put a hand on my shoulder, then drawing back. I supress a sigh and rest my head in my hands. “I'm sorry about that, too,” he adds. “I just – I don't want to risk it, you know?”

“Yeah,” I whisper, thinking about how Dubblex has all these awful parts that people don't think about right away. Sure, there's the disease itself – but the protecting from it, the careful distance everyone puts between each other, is almost worse sometimes.

Our breakfasts come now, steaming and fragrant. My mouth waters. “This does look 'perb,” Ian says, spearing the biscuit with his fork.

“You're gonna eat the sandwich with a fork?” I ask, raising my eyebrows.
“I eat all my sandwiches with a fork,” he replies. “Not sure why. It just seems like they should be enjoyed that way, savoured, you know?”

Ian laughs, too. “Well, not many people do. Maybe you will, someday.”

I nod as I eat. I'm not sure what he's implying. “Maybe I will,” I say, and we smile at each other as the sun comes out outside the diner.

When we're finished, we shrug on our jackets and head outside. It’s another cold day with a biting wind in a string of cold days with biting winds. “Jeez, it’s freaking cold in Canada,” Ian says, grinning and zipping up his coat to his chin. “Do you ever get used to it?”

“You’d think so, but I still find it freezing.” The air stings my lungs when I breathe it in. “I love it in a way, though. I feel most alive when it’s cold. Heat makes me sleepy.”

“I know what you mean. Heat dulls your senses.” Ian kicks a chunk of ice down the sidewalk. I run up to it and kick it again. He kicks it, then I do. This goes on for a while, both of us laughing in gulpfuls of cold air, until I kick it into the street and we stand there watching it get run over.

We reach the corner of Main and Slate, and Ian starts to turn. “You live on Slate?” I ask him.

“Yeah, I’m right on the end, see?” He points to a red brick house with green shutters.

“No way what?” He turns back to face me and grins back.

“I’m the house on the corner, the one beside yours!”

“Wow.” I shake my head. “And I haven’t even met you before. You’ve been living next door to me for how long?”

“A week or so,” he says. “It’s crazy I haven’t seen you around. I would have remembered you.” Our eyes lock, and a weird moment passes between us. The way he said it, it feels like he just called me beautiful. Did he? “Hey, listen, I’ve gotta run.” He starts to turn away, pulling something out of his pocket.

“Oh, okay.” I’m disappointed I didn’t get more time to talk to him. I want to know more about him. “Well, see you around.” I start up my driveway.

“Wait!” he says, and holds out a bright yellow Post-It note. I take it, and he runs to his house, waving to me. I read the note as I go up my path.

It says: My window is the one with the blue curtains.

I look up at his window and smile. Life’s looking a little sunnier. 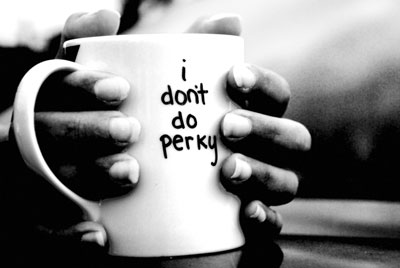 The author's comments:
This is the first chapter of a novel I'm working on, Virus. I'll post the next chapter when I'm done it. hope you like it. It's actually a romance as well as a sci-fi, but there's a futuristic aspect to it that places it in the sci-fi category, I guess.
Post a comment
Submit your own

I love you and I want you to edit this story. :)

I love you and this story :) i should edit this sometime....