Calling of Colour and Kingdom-Prolouge

The snow set her charred ankles, the scalded soles of her feet on fire. Icy snowflakes delicately slipped into hot open wounds – each sending a stabbing pain through her feet and up her leg. A young girl, damaged and weak stood in the bleak whiteness, aftermath of the snow storms of Prthvi. She was burnt, cut up, bruised, starved; as if she had been walking across the fires of hell. And now she stood, looking longingly at the portal back into it.
“Manici! Manici pacha!”
There was no answer to her plea to be let back in.
“Manici, kholavit!” And still she was left out to stand in the cold…

On the other side the monsters kept the portal locked and watched the girl turn away and cry. A lost creature of hope and fire had been thrown out of an archway into the desolate snow land. This archway had no rooms or corridors on either side. Just remains of a ruin that had crumbled decades ago. Prthvi was a land of magic, yes, but a simple door on its own does not lead to somewhere else, it was impossible. Yet a young she-human had fallen out of it, her golden - red hair tumbling all around her as she slowly picked herself from the ground, wincing with the pain. Looking around to the portal, she expected no mercy to be helped out of this strange hurtful frozen world. But she had never seen such harsh beautiful scenery and never known the cold; confusion and fear surged around her delicate body, it flittered in her amber glowing eyes. Jao. The thought whispered in her mind, it kept hissing at her until it was no longer a whisper but an ongoing drone. Jao jao jao jao jao. But where to, where would she go? Nether less she did go and still on the other side they watched.
Watched the fire fade away.
Watched her turn and go.
Watched footprints fall.

The girl survived the snow and after days of trudging in the thick white she didn’t understand, enduring the winds she couldn’t see, she finally came upon a harvesting man. The farmer was called Pan, he lead her away and took her into a city of warmth, magic and gold. Everywhere was gold. Pure gold. The city discovered she did not remember anything of herself or her past. She was lost and had a magical gift like no other. 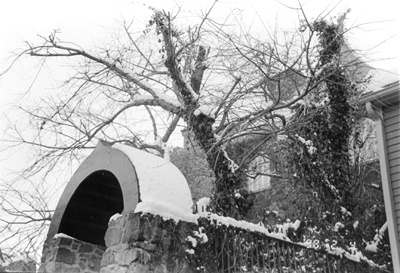 The author's comments:
Just the prolouge of somthing I am working on :s Got to Chapter Three but this is the best peice so let me know what you think :)
Post a comment
Submit your own