Another night on com duty…fun. Fifteen reports flow in from around the station's different posts and maintenance patrols as we hit 24:00 on earth time. Another hour of nothing again, of course it's not like anything has ever happened in this little rinky-dink station. I don't even think the larger stations have anything happen besides the occasional earthquake. No, nothing ever happens, I don't even understand why we have regular reports. But I guess the government must have its reasons, however ridiculous, such as possible alien life forms attacking the station. As I said, ridiculous. I don’t think we even need these humongous stations. It's not like we need some gazillion dollar station to look at rocks. Although that's basically what I'm doing right now, flipping a Mars rock in my hand, looking at the different patterns in the sediment. My thoughts are suddenly interrupted by a call through the radios.
"This is Blue Team requesting permission to exit through door two." says a familiar voice over the radio.
I grin as I respond "You'd better not be goin' for a joy ride on the rovers."
I hear a slight chuckle on the other end before I hear "Nope, strictly business, although that does sound like fun." Says Levi Humunsky, leader of Mars team Blue and an old friend of mine.
"Permission granted, be careful out there." I say as I press the button to airlock 2.
"We will, don't you worry about us." A small light signals the doors proper functions as the team exits onto the surface of Mars. I look out the small window behind me and watch the four figures go across the surface of the planet in long, jumping strides to take advantage of its low gravity. I turn back to the control panel and take in the various buttons and lights another time. One of the large oxygen tubes signals a red light. Well, finally something's happening.
I key the button for the radios and announce "Hey, is anybody in the vicinity of oxygen pipe…" I pause as I check the number on the panel "… seven, I think we may have a leak."
"Ten-four, were on it." I hear in return. I hope that doesn't turn into a major problem, I don't want to have to evacuate, however much I hate this place.

When I signed up for this job I thought of driving big, fancy rovers, flying the latest recon ships, and testing out some of the new mining robots that now accompany astronauts such as my friend, Levi, into the craters of Mars. I didn't think of getting put in a cramped room with about a thousand buttons and being forced to sit there for hours on end. I also didn't think about surviving off of liquid meals and having to strap myself into bed to avoid jerking off the edge while listening to my comrades snoring their teeth loose in the bunks around me. Basically, this place sucks. But I can't leave unless there's an alien crisis or the station goes into a state of dormancy or malfunction, which would force us to evacuate or suffocate in our sleep, which is also a big bonus of being here. And then there's cleaning duty, which falls to people like me and my friend Bryan, who are seen by our superiors as lazy, low-life garbage who do nothing but sit and press buttons all day. So they put us to work cleaning up after the astronauts when they come back from their various four or five day trips. This involves fun things such as wiping dust off the floor and cleaning the boots/cleats that sit under the feet of the surface suits. We're also responsible for cleaning up all of the dormitories and facilities which, thanks to the fact that nobody else has to clean them, are constantly disgusting. At least Levi has some consideration, doing little things like straightening his bed and putting his personal hygiene utensils away when he's finished with them. Of course the only reason he remembers these things is because he usually sees me in the mirror with a grimace on my face as he finishes brushing his teeth. I look at the clock on the wall, 0134 reads the numbers above the various calculations and readings of the surface around us. Man! I've been in here for almost eight hours now. I stand and attempt to stretch my legs and arms in the cramped room. I look back down at the panel and press a small, green, circular button that automatically ends my shift. I wait for someone else to show up at the door before I exit the room and make my way to the dormitories for a little shut eye. I find my bed, one of two that is actually at floor level, and settle myself in under the sheets before strapping myself down. My gaze drifts to the window and I find myself gazing into the deep black of space. I attempt to identify the constellations of Mars when a flash of green covers the window. It's gone by the time I've jerked back in surprise and I find myself blinking repeatedly. I've been up way too long. I allow myself to drift off to sleep with the green still reflecting in my eyes.

Samuel packs up his personal gear and checks the photos of his family on the wall. He's big, but not in the fat way, in the huge muscle bound freak sort of way. He tends to be the guy that carries around the rover or whatever's heaviest when we go to the study sites. He's also the guy that tends to have a more…social life back home.

Jenkins is actually finished putting his stuff away and has actually started playing on his little old fashioned Xbox portable. Playing some old game called Halo 6. It's got some pretty lame graphics, but an interesting story. Humanity is supposed to have inhabited different solar systems and is fighting a religious alien alliance; ridiculous, but interesting. I still don't understand how he managed to get that through security back home.

Humanns is already settled back in his bed, his personal data pad in his hands, no doubt checking the American Football stats from back home. I wonder what time of year it is; is it even football season? Or is it baseball? Or are they the same thing? I've long forgotten.

Amanda is still organizing her space while half occupied cleaning her face with a little bowl of water next to her. I still don't understand why she thinks of little things like that, it's not like anyone is going to care here. We're all covered in red dust, no matter how much we shower, it's stained our skin.

And I'm just sitting here, staring at my perfectly organized and cleaned personal belongings and wondering what to do. I don't have anything for personal entertainment. I have my data pad, I guess I could try that. I look up at Sam and hold up my pad.
"I challenge you." I say.

He smiles, "You're on boy." He says as pulls out his own.
We both lay back on our bunks and start playing a game we invented about a week after we got here. I started hacking into Sam's data pad to see what he was doing because I was afraid he was up to something. He wasn't up to anything but I found out that he's pretty good at catching remote controlled hacking systems through his own AI systems. I began jumping into his pad just so he could catch me and send me back to my own. We play this for hours, me hiding in small system files and reading his personal information while he tries to find me. It's like hide-and-seek at a much larger scale, only smaller. Does that make sense? Read that sentence a couple more times. If you read those sentences, you're really slow and I don't care if you don't understand. Eventually we get bored after two or three rounds and everyone else is already asleep. We turn off our pads and turn in for the night. Tomorrow should be out of the ordinary…with people coming from Earth. 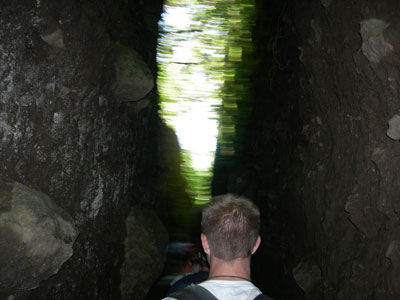 The author's comments:
I began writing something about Mars and decided to base it off of an old Lego theme and add a story. Sorry about the picture choice but I couldn't find anything. Please rate and comment, I always appreciate feedback, even if it's negative. Nothing gets better unless I know what's wrong.
Post a comment
Submit your own