On Rudy’s 8th birthday his parents gave him an umbrella. It was big and yellow and magic. Yes, Magic! When Rudy opened the umbrella there was a bright flash of white hot light and Rudy heard some one shriek, “Well, don’t just stand there!” Rudy blinked away the temporary blindness from the flash and looked around at the big, ornate room. There on the throne sat an elegant lady with a silver tiara. There were flags on either side of her- British flags. Rudy realized that this lady must be the Queen of England! Rudy looked down at his clothes and saw that he was wearing a servant’s uniform, all the way down to polished buttons and shoe buckles. The guard that stood next to the Queen growled, “Get Her Majesty a cup of tea, or I will put the flat of my sword against your rear!” The menacing guard unsheathes his deadly sword, and flashes it in the light.

Scared, Rudy turned and ran right into a golden wallpapered wall. His face burning with embarrassment, he located the silver plated door and found himself in a large corridor. He scampered down it until he found a door marked ‘Kitchen.’ Rudy hurried in and told an important-looking woman that the Queen wants some tea, his voice shaking with fear. What would happen to him?

The woman grunted and barked, “Charlotte! WE NEED TEA!” A young woman brought out a cup of tea. She gave it to The Important Looking Woman, who put it on a mother of pearl tray and gave it to Rudy. Rudy hurried into the throne room as fast as he could (he had to avoid sloshing) and handed it to the guard who, in turn, handed it to the queen.

After sampling the tea, the Queen orders, “Go to your quarters, but first put away my umbrella. Stow it in the glass case on you left! And be gentle with it, please!” Rudy grabbed the frilly umbrella by its squishy handle, and walked out the door. The empty glass case stood at the end of the hallway, open and waiting for an occupant.

But halfway there the umbrella started squeaking- loud panic squeaks, like the shrieks of a mouse. Rudy opened it to investigate. There was that flash of light again and Rudy was nearly trampled to death. It was freezing outside and he was on a ship that was sinking fast! It must be the Titanic! One end of the boat was already deep in the inky waves, and the lifeboats were filling swiftly.

“Women and children, this way!” called a gruff voice, belonging to a shivering bell boy manning one of the small boats. Rudy was shoved against the railing of the Titanic as a man tries to force himself onto the lifeboat. Suddenly, Rudy felt as if he was falling. Voices screamed, “Out of my way!” and, “The small Boy!” Rudy heard a splash, and felt water on his hand and face. Ice. He was frozen in the icy water. Then the world went black.

When he finally came to he was on a ship called the Carpathia. “Here, Mate.” A tall boy handed him a mug of hot soup and an old, battered, waterlogged, umbrella, “I believe this is yours. You was clutching it with frozen fingers when we pulled ya from the water.”

He opened the umbrella, and this time he closed his eyes, braced for the flash. The predictable flash happened, sending him onto something squishy and dry. Suddenly he was wet and on his bed, holding 3 umbrellas. He sets down the queen’s umbrella and the titanic umbrella. A grin washes over Rudy’s face as he opens the magic umbrella once more… 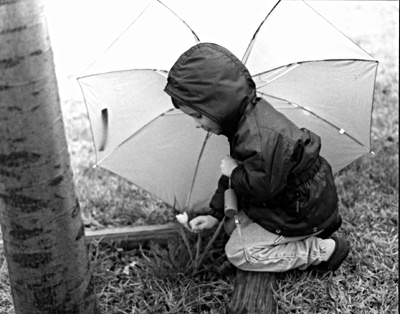 This a revised version of a story I wrote in fourth grade based on a writing prompt.