Just then, as soon as I turned around, a skinny boy stood there; he sounded doubtful as he spoke.

“Hi, I noticed that you were new and do you need help finding your next class? Oh, um. . . My name is Everist Watts. What is your name?

The rest of the day was slow, until lunch. I went to the lunchroom and grabbed a tray. I got my food and walked out trying to find a seat when August walked up to me.

“Hey, Neko Aiden and I wanted to know if you wanted to sit with us,” August asked excitedly.

“Um, is Altalune there?” I was extremely scared of her now.

“Yes, she is always around one of us. But we promise we won’t let her go near you,” August sounded disappointed when he said yes.

“Uh- okay, I guess” August walked me over to where they were sitting. Aiden waved when she got there.

“Oh. Hey Neko!” Aiden sounded excited, too. Altalune whispered something in his ear like she always did.

During the whole lunch, Altalune stared at me, just as everyone did when I talked to the Colemans.

“Ok, I can’t take it anymore. Why do you keep staring at me?” I shouted at Altalune.

She whispered something in August’s ear this time. “Altalune, I can’t say that to her,” he said sternly.

She looked pleased with herself even though August was mad at her. She whispered something else in his ear.

“Altalune how come you don’t ever speak to anyone but Aiden and August,” I asked, I really wanted to know.

She whispers in August’s ear. “No you don’t, that’s not true Altalune,” August said like he was surprised.

“I’m sure Neko would agree too if she heard your voice,” Aiden said.

Altalune looked up at me, this time she didn't look mad at me. She brushed the hair out of her face. She was really pretty.

“Whoah,” I and Aiden said together.

“You're really pretty!” We all said to Altalune.

“Wait, You guys haven’t seen her face either?” I asked.

“No one has,” August added.

"Why would you hide your face like that? You're beautiful,” I said.

Altalune began to quietly cry. I walked over to where Altalune was sitting and sat down next to her.

“I wouldn’t do that, Neko,” Aiden says. I hugged her and to my surprise, she hugged me back. It feels like I fell asleep because the second she hugged me back, a dream happened. Altalune was sitting down by another girl and was crying, the girl was laying in a pool of blood. Then Altalune let go of me and I was back in the real world.

“Whoa!” I said jumping back scared.

“What just happened?” I asked.

“What do you mean?” The boys asked.

“They couldn't,” Altalune said through tears.

“The guys were right, your voice is pretty,” I added.

Altalune smiled. “Because I didn’t hug them.”

As soon as Altalune said that the boys knew what had happened.

“We didn’t think you had any power left,” Aiden said. 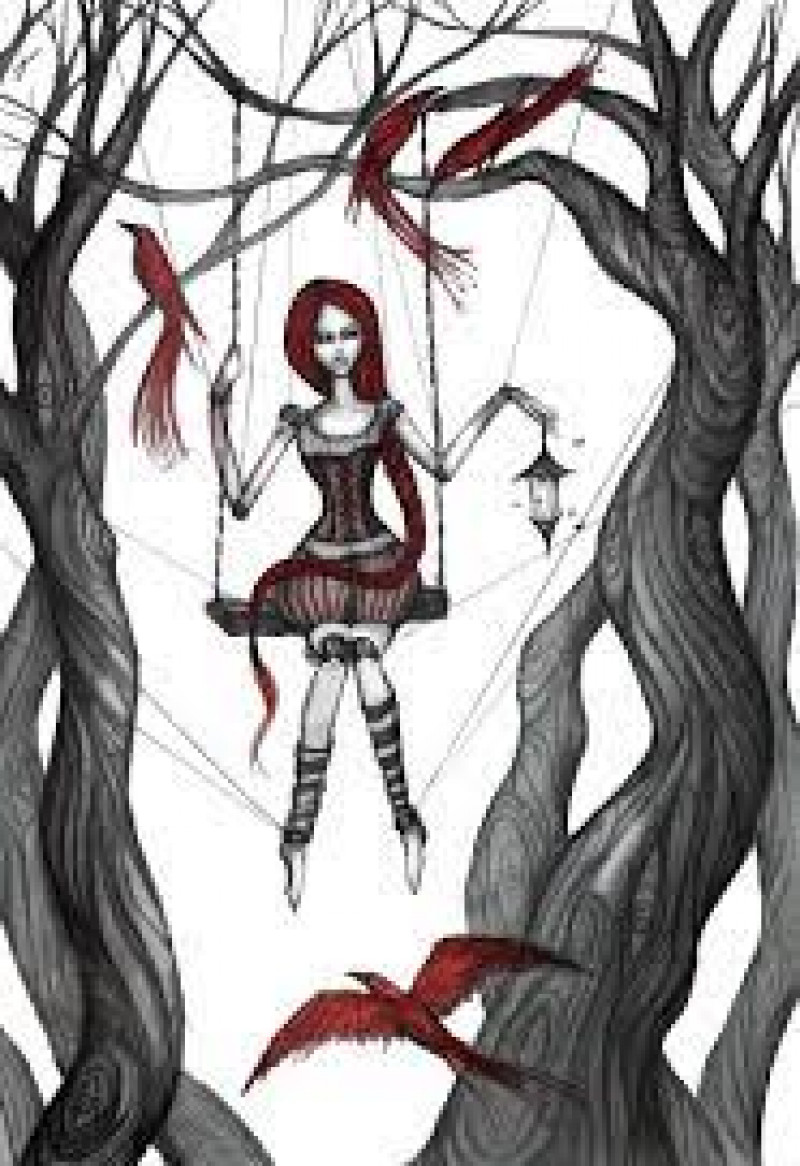 This is part 2 of the book my friend and I are making together, but cutting it up into smaller pieces and posting it, instead.

View profile
I think I accidentally posted the 1st one in romance, sorry