It was Friday night, and I was experimenting with the new nose-enhancing filter that I had pirated off the internet. At first, I preened as I stared at my beautiful new reflection, but within a minute my eyes were overflowing with tears as I saw what I could have been, if some stupid recessive genes hadn’t ruined my life. My entire family was full of Schnozies, and I was the only mid-tier among them. Every day, I cursed that distant relative who bestowed this fate upon me. I was destined for greatness. I would have been perfect- unstoppable. And why wouldn’t I have been? I’m smart, handsome, confident, everything anyone could ever want, save for that one too-small feature in the center of my face. At least I wasn’t a Voldemort though, and that kept me going every day. I would always be better than those tiny, button-nosed losers.

The longer I looked at my enhanced nose, the more I looked like my twin sister. Memories of her perfect six-and-a-quarter-inch nose rushed back as I remembered her modeling gigs, getting to the front of lines, and the constant stream of praise from all of society. As I cried, letting self-pity and jealousy settle over me, I remembered that she’d probably sent me that mail I got on Tuesday. An Easter card? I didn’t even know those existed. Damn her, she even did holidays better than I did. Retrieving it from the counter where I had tossed it a few days ago, I plopped down heavily on the sofa and tore open the top of the envelope, accidentally dripping a few tears onto it in the process.

Not from my sister. Inside was a thin, yellow slip of paper that read:

We can give you a bigger nose. Come alone to 2425 Berkley Avenue on Friday at 9 PM to fix your life. Don’t tell anyone.

I glanced at my watch where the hour hand was approaching seven. Sighing, relieved that I hadn’t missed it, I realized that I hadn’t even considered whether I wanted to go or not. My ex-girlfriend had always told me that I had a severe case of FOMO, and I hadn’t really believed her until right now, when I decided instinctively to go to a random meeting at night. I silently apologized to poor Chrissy, who had been right about me all along- not about the huge ego of course (it’s only called ego when you don’t actually deserve to be that confident)- but about the FOMO at least, and settled in for some Cup-o-Noodles and some television before I left.

Chaining my bike to a rack, I approached the nondescript building and struggled to push open the heavy blue door, entering a pitch-black room. As the door slammed shut behind me, an unfamiliar shiver of apprehension ran down by spine at the realization that I was willing to do almost anything these people told me to, as long as they would get me the nose I wanted. I was completely at their mercy.

Dim lights flickered on, and as my vision came back into focus, I saw a group of Schnozies staring at me. They had the biggest noses I had ever seen; some were seven, eight, even nine inches long! Reluctantly bowing in respect, I grumbled at the thought of being around people that were better than me. I was comforted though, seeing several lower mid-tiers and a few Voldemorts out of the corner of my eye, bowing deeply alongside me. At least my nose wasn’t the smallest in the room.

“You are here today because we can change your life.” She declared, pausing for dramatic effect. “We have invented a groundbreaking medical procedure, one that will help you achieve the nose of your dreams. As big as you want it. Five inches? Six? Even seven? We can do it.”

Smiling slightly at the awed expression on our faces, she continued to explain, savoring the attention. We learned in the next few minutes that this procedure was highly illegal, though it had been around for years. The government obviously didn’t want people to be able to change their status, it undermined the very basic rules of our society. Warning us about the repercussions if we blabbed to anyone, her eyes flashed with a fiery anger. When her threatening gaze turned to me, I just about stopped breathing, and coughed into my elbow just to break the eye contact. Regaining my composure, embarrassed that she had been able to scare me like that, I pulled my shoulders back and tipped my chin up, trying to scrape together any remaining superiority I could.

“If you decline, we will escort you home, and knock you out. You will wake with a headache, and a fuzzy recollection of our meeting, which you will likely pass off as a dream. If you would like to participate in this procedure, please step forward now.” I wanted to be the first. Before anyone else had the chance, I took a large step forward. Gloating slightly due to my proactive response, I peeked behind me to see a young woman and a man around my age shuffle forward after me.

“Ah, we have an eager first.” The woman approached and examined me from head to toe. I shifted uncomfortably under her judgmental gaze, I was usually the one doing the judging.

“You are confident,” she stated shortly “Almost too much so, especially considering how small your nose is.” A hand automatically went up to my nose, trying to hide my only flaw, “But that’s good. You will blend in quite well with the Schnozies.”

Reassured by this, I slowly lowered my hand, and gave her a tentative half-smile. A few of the Schnozies in the group approached those who had not stepped forward, and led them out of the room. The rest of us followed the woman and the rest of the Schnozies into another room.

I was expecting us to test a miracle drug of some kind- she hadn’t been very specific about the type of procedure- but the group and I followed the woman into a room full of chairs and a large window which showed another, smaller room with metal tool in a tray, and a reclining seat that I could have found in a dentist’s office. As I made to take a seat, I felt a cold hand on my shoulder, stopping me.

“This man was the first to step up and seize the life we offered him! He’ll be used as our demonstration. We’ll use fast-healing methods and experimental medical supplements to speed up his recovery.” She led me to the other room and pushed me into the reclining chair, instructing me to close my eyes, telling me that I would see them in a few hours. My heart pounded painfully against my ribs in anticipation as a needle pinched my forearm and I closed my eyes, feeling the world fade away.

Eventually, the haze of the drugs faded enough for me to open my eyes and keep them that way. A warm, throbbing ache ran through my nose and cheekbones as I struggled to sit up in the chair, but the woman pressed her fingertips into my shoulder, keeping me in my reclined position.

“Want to see your new nose?” she asked me.

Drug-addled but eager to see what had been done to me, I nodded as she held a small mirror up, where a beautiful seven inch schnoz sat atop my red, swollen face. I had made it. I was an elite now. Smiling sent knives of pain through my jaw and cheeks, and I began to pass out again, accompanied by thundering applause of my fellow citizens, whose lives would be forever changed today, as mine had. 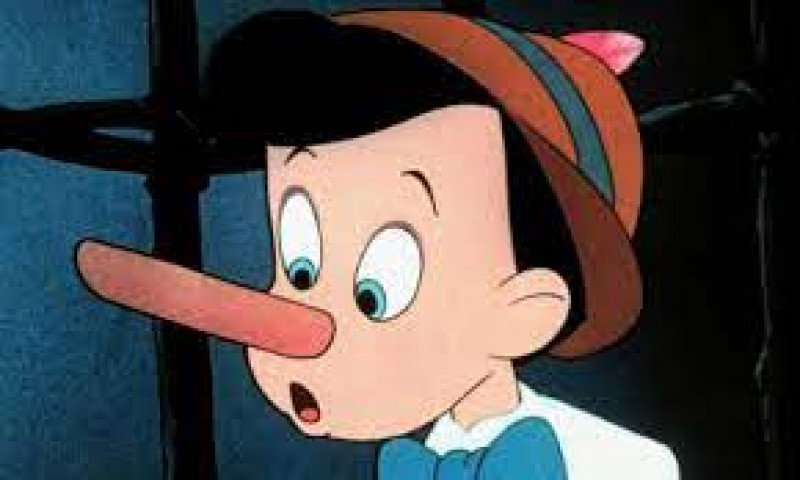 This was my first attempt at magical realism, written in 2020.