A tide of dust rippled through the air as mother pulled the curtains. Bold white stripes cut the room and turned the dust into a billion stars. Dark monsters from the shadows became brightened easels, pianos, coffee tables and chests. The sunshine cast copper reds into my brother’s hair. A sprawling lawn flanked by candy floss trees was waiting for us.

Our parents had vowed never to run away from the War, yet here we were. It had been our Great Uncle’s house for a long time before he died. It felt as though with each curtain we pulled, each window we opened, each door we unlocked, we were lulling the house out of its deep, lonely sleep.

“Rosalyn, was your Uncle a bit of an eccentric gentleman?” asked father, removing his leather gloves as he passed another ivory statue.

“I never met him,” said mother loftily. She fluffed up one of the satin pillows, little plumes of feathery dust floating around her. “And mother never really talked about him…. not sure they got along.”

“But you named me after him,” Tom said. His bottom lip was sticking out again like a cocktail sausage.

“At least it’s not Adolf,” I smiled. I began to swing round one of the pillars as fast as possible. The library was transformed into a bright blue blur of furniture. Mother soon told me to stop that and go and explore. And to take Tom with me, for heaven’s sake.

We dashed up the staircase which swept round like a red velvet waterfall. Snoozing suits of armour hid in each dark corridor, clinking as we roused the floorboards from years of stillness. There was a green room with a bay window. A blind moth flapped along the curtain rail and long silky strips of cobwebs swayed miserably down from the bed hangings. Everything was swathed in suspicious silver-green velvet. I rather liked it.

“What about me?” Tom’s head was resting morosely against the window pane, his strained eyes pale in the sun.

“What’s in that box?” I said suddenly.

I dragged it out from under the bed. It was knee high and was made of ivory, but the moon white had faded in the dust and dark veins cut across the lid. It left a trail of fresh carpet behind. Tom turned back to the window, his interested expression evaporating.

I dug my nails into the crevice of the lid, blew the film of dust off it. I imagined that under the sound of my brother’s breath, the box was hissing. Low hissing. Grace.

Some newspaper cuttings were piled inside, a bible. A few dull grey photographs of men in uniform. I shook the dirt off each photograph, placed them around me. There was something heavy lying at the bottom. I slipped my hand under it.

It was a piece of ripped out wall, soft but ragged round the edges and golden baked. Miniscule marks, patterned like a diabolical equation, covered it in narrow lines. A red figure brandishing a staff stared at me from the stone, burning with the life it longed for in the sunshine. As soon as my eyes touched it I could feel the weight of its age. It exuded time, its years singing to me as I held it in my proud hands. I could hardly grasp its magnificence.

I felt Tom’s young eyes widening by my shoulder.


“Did you close your curtains, Grace?” Mother’s hair was in little curlers.

“This could be worth millions.” It was father’s turn to look at it now. A deeply fascinated smile played below his moustache, the marbles of his eyes bright with wonder. “Any other Egyptian artefacts hidden around the house?”

“It’s bizarre. He was in the navy during the Great War as far as I know,” mother mused, elegantly lighting a cigarette. Smoke twisted around her.

Tom’s amazement had worn off. He was peering out of the thick black curtains, staring absent-mindedly at the stars. They whitened his hair.

“We learnt about Egyptians in school,” he murmured, not turning towards us. “There are lots of books on it. Pharaohs were horrible. Worse than Hitler.” He paused. “One of them mummified a man while he was alive.”

“That’s enough, Tom,” said father sternly. He placed the painting on the floor, not daring to take his eyes off it.

“They cursed tombs for eternity.”

Tom knew to be quiet when father called him Thomas.

I glanced at the painting again. I didn’t like it anymore. The song it sung was dark now.

Mother put out her cigarette and stretched. “Go and get ready for bed now, darlings. It’s ten o’clock.”

I couldn’t move. It started.

It was so, so quiet but it was there. A horrible sound to hear. It was in the distance but getting closer now. It was like somebody gagged trying to scream. Screaming my name.

“Get the children out. Now!”

“There’s something in the sky!”

It wasn’t hissing. It was worse than that. I squeezed my eyes fast shut.

Someone grabbed me by the armpit and wrenched me up, my ears ringing with a burning scream that was filling the house. We stumbled through each room. My mind swelled with pain; someone pushed me down onto my knees, darkness fell. But the scream still roared in my ears. I tried to speak but no sound emerged; I tried to breathe but found no lungs; I prayed, and prayed, and prayed, but the soaring squeal blasted through each prayer, growing with each moment, growing until I felt it close in on us at last. I held Tom’s hand. 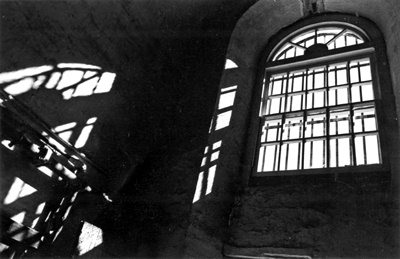 The author's comments:
I wrote this in 2008 for a school creative writing competition. We were given a photograph of an Egyptian wall painting which we had to include in it, which was a bit of a challenge. Altogether quite satisfied with this story, but it's certainly not my favourite genre to write.
Post a comment
Submit your own

Favorite Quote:
"Life is like a box of chocolates... you never know what you're gonna get"
-Forest Gump

View profile
What exactly is the light tht hit them?