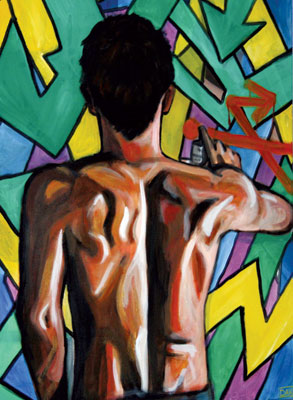 The author's comments:
The idea came to me on a subway ride under New York City, looking out at the dark tunnels littered with graffiti.
Post a comment
Submit your own